If a bunch of drunk guys had a slow motion fist fight on ice.

My sincere apologies for the tardiness. Was traveling all day Monday, got roped into Barstool Radio/Rundown/PMT yesterday and finally got a free minute today. One of my favorite blogs to write every single year, so it may be late, but it’s still here. As always thanks to the guys at @CWBChicago for compiling the blotter. Give them a follow, they’re great. Bold text is theirs, non bold mine. Let’s go.

12:50PM — A Wrigleyville resident reports a suspicious person: “Male white with white hair is on the roof of their building. He’s asking a lot of questions about their air conditioning unit.” This may surprise you, but it turns out that he’s there to fix the unit.

My favorite part of St Paddy’s Day in Wrigleyville/Southport is that real life doesn’t stop. One second you have kids puking green beer in the street, the next you have a beautiful Lakeview nuclear family walking down the street with their stroller and labrador retriever. It’s like a college town invaded a suburb for on Saturday afternoon and all hell breaks loose.

1:35PM — The first two arrests of the day are made—both at Slugger’s World Class Sports Bar.

I’ve said it once, I’ve said it twice, I’ve said it three times and four and five. St Patrick’s Day doesn’t officially start until someone gets arrested outside of Slugger’s. It is mission control, ground zero, home base for all the mayhem. It’s the epicenter of the earthquake, all arrests/fights/puking around the city is just an aftershock compared to what goes down in and around the Slugger’s batting cages. 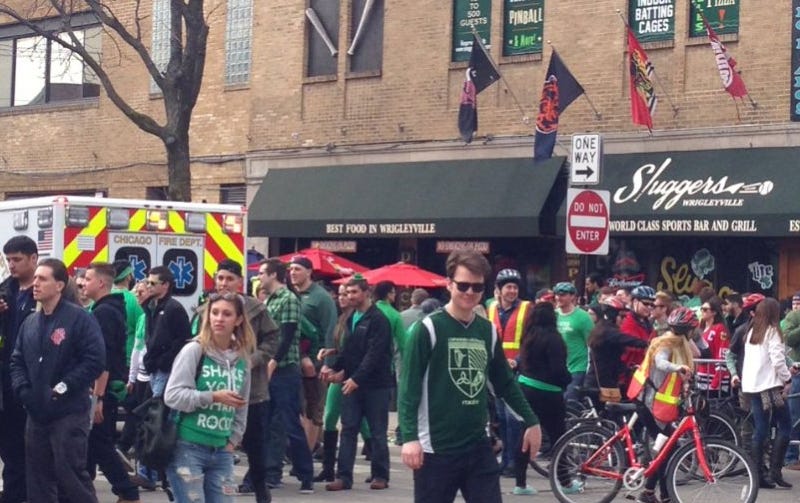 1:40PM — Man having a seizure after being beaten on the street. 3100 block of North Seminary. When police arrive, his friends “are claiming he fell on the sidewalk and bashed his face.” Police later determine that he was, in fact, beaten.

Seizure at 1:40 pm from being beaten in the face, ehhh

1:48PM — A 911 call taker reports that she has “a female on phone moaning and saying she’s in Chicago, and giving the numbers to an address. It sounds like she’s in pain. She did flush the toilet a couple of times.”

I don’t know why but my mind immediately went to those clogged toilets you find on day’s like St Patrick’s Day. The mix of broken glass, puke, toilet paper, rumplemintz throw up and overflowing waste. And you still piss on top of all of it because you have no choice. The best.

2:20PM — Woman passed out in the alley behind Old Crow Smokehouse. She’s hauled off to Thorek Hospital for “detox’o’cation.”

2 o’clock in the afternoon is right when that first wave of naps hit. Gotta power through, sleep is death, or the bare minimum a stay in detox because you thought the rat infested alley was your bedroom.

2:30PM — At Cubby Bear the 911 caller reports that a bouncer “handled a female inappropriately. Picked her up and removed her from the establishment. She wants the police.” No further information about what might be inappropriate in all of that.

Our first “my dad is a lawyer and I’m going to sue” call of the day from a chick that probably drank 10 fireball shots before 11 am because she can “drink any of you guys under the table, woo!”. Avoid that person, just like you need to avoid Car Bomb shot before 10 am guy. Things always end poorly for them.

Sidenote – this brought my mind immediately to Burton place on Wells. Most dangerous stairs in the entire world. Steeper than Mt Everest.

4:27PM — “Group of male whites throwing beer from the roof.”

This is like a postcard you send someone from Chicago. The Bean! Lake Michigan! Architecture Tour! Group Of White Males Throwing Beer From A Roof!

4:45PM — Southport and Roscoe: Caller reports an intoxicated white man in his 20’s who’s wearing a green blazer is “looking into all the cars. He’s trying to break into a car. Drunk.”

Definitely looking for a place to sleep. Survival instinct taking over.

5:04PM — Another arrest. This one is also outside of Sluggers World Class Sports Bar.

I hope when Ricketts makes Wrigleyville baseball Disney Land with hotels and upscale sports bars they keep Slugger’s intact. There is nothing like walking into that low ceiling sticky floor bar. Having a couple of tall boys then deciding it’s time to walk up the stairs to the place where drunk people face 80 mph fastballs. Heaven. 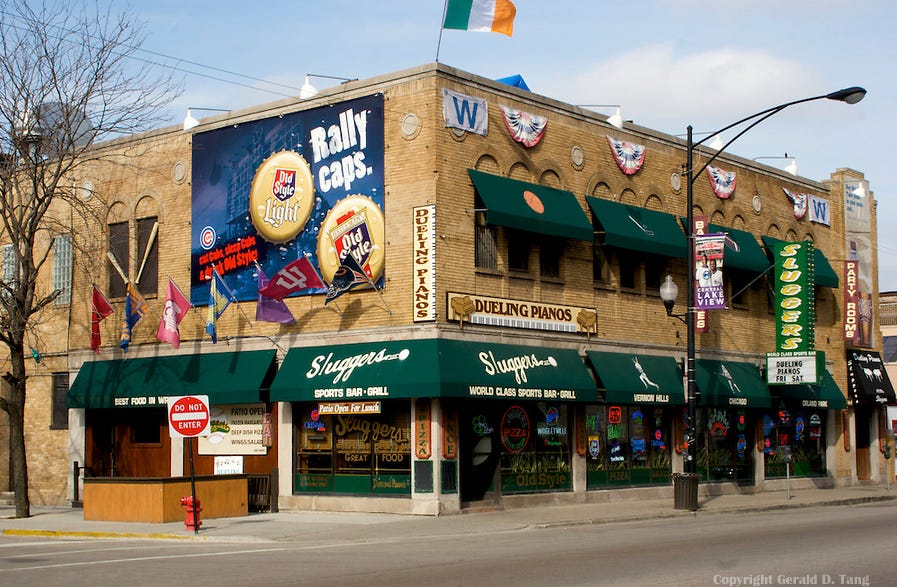 Not to brag but, my face is on the wall somewhere in that bar. 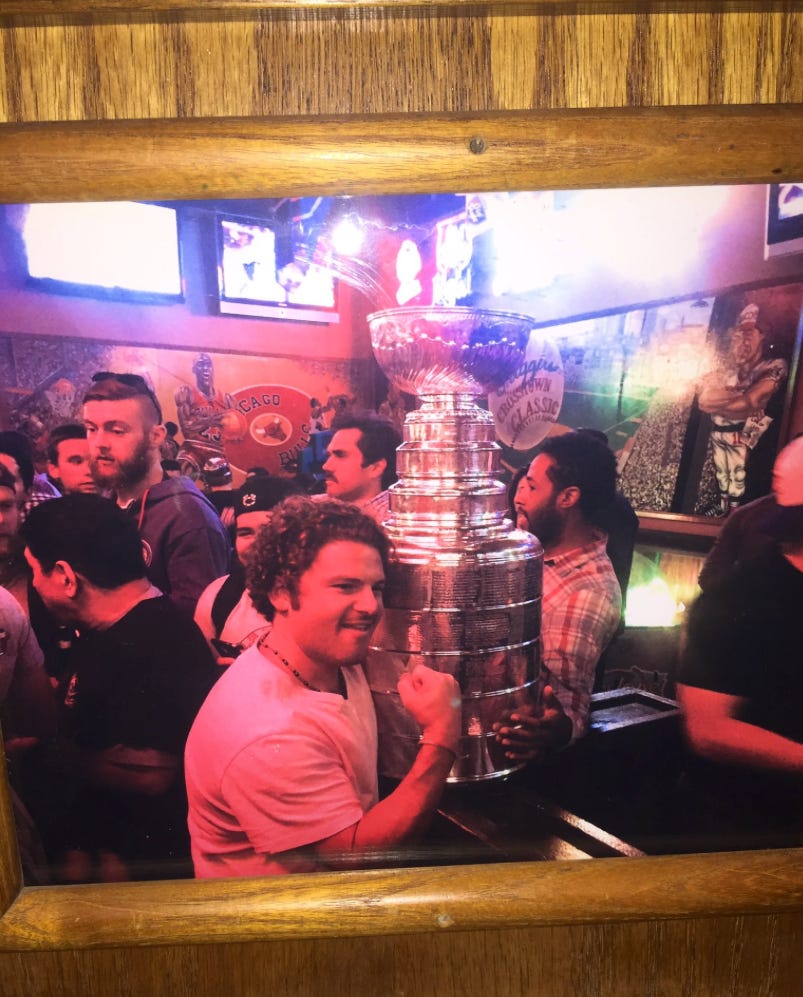 The single day of the year that a Porta Pottie outside of a bar is actually a better bathroom than the actual bathroom. At least you know where the shit is located in a Porta Pottie.

Dispatcher: “Is Merkles different from Old Crow?”
Cop: “Yeah. It’s different”
Dispatcher: “It may be the same. They both say they have a female passed out”
Cop: “They’re two different places.”
Cop 2: “All drunken idiots over here”

5:32PM — Confirmed. Merkles and Old Crow both have ladies down.

5:50PM — “Across from Wrigley Field. Male white bleeding from the face and wiping blood all over people.”

I’d probably be pissed if I had random blood wiped on me but reading this after the fact is simply hilarious. Props to this guy, random blood, if nothing, elevates the party to a different level.

8:25PM — Over on Dayton Street, a frantic caller reports that a man is scaling the side of her apartment building.

This is right about when the second wave hits. When the people who didn’t take an afternoon nap start acting like zombies. There is nothing you can do besides feed them pizza and weed and hope they get groggy.

8:33PM — “They’re calling back from Dayton. They know the guy who’s climbing up their building, so no police service is needed.”

/people who lost their keys trying to take said nap.

11:10PM — Officer at Belmont Red Line station: “Can you send an ambulance? The guy causing this ‘disturbance’ can’t walk.”

Life comes at you fast award of the day. From bothering a bunch of people on the L to being handicapped in the matter of 5 minutes.

11:43PM — “See Amit and his friends. They found a female Native American with a green jacket, jeans, and black boots intoxicated and confused” at Diversey and Mildred.

I have no fucking clue what this means but I just got triggered.

11:47PM — Speaking of intoxicated and confused: Noise disturbance on Racine. “Bunch of males playing a football game in the alley. They’re knocking over garbage cans, saying they’re getting ready for the Bears game.” 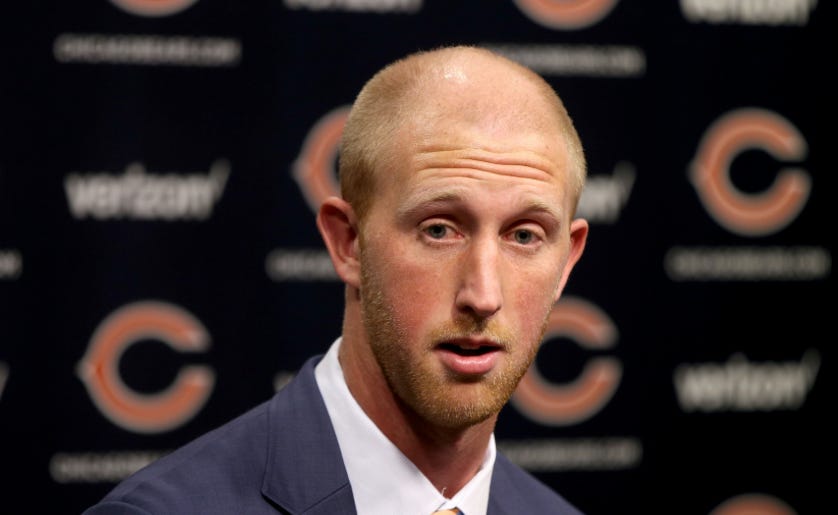 1:50AM — Something about “she jumped the curb at the Taco Bell, ran the light and is now going in and out of traffic northbound.” We missed the rest of it but thought you should know.

They better not take away that Taco Bell. The McDonalds and 7-11 was enough, don’t take the Taco Bell.

*Fighting over a bed

4:54AM — “Miss Eubanks wants police assistance. She says they were bar hopping and they can’t find her friend who’s intoxicated. She’s been circling the area for an hour and can’t find her. The friend was wearing an army green tank top with ‘University of Miami’ on it and ripped up jeans.”

Hello, police, we lost my friend. Description? She’s wearing ripped jeans, a college shirt, a little green mardi gras necklace that says Chirish on it and high green socks. So yeah, she’s every girl in her 20’s on St Patrick’s Day ever.

I’m going to agree, that is suspicious.