Mirror – The trio had been drinking together on a bench when the woman apparently asked the men to carry out her bizarre request, it is said.

They didn’t hesitate and put the female in position.

The footage shows the woman – said to be intoxicated – holding on to one of the men in obvious fear, with her foot resting on the bench.

The other man then leans on some railings to help him jump into the air and lands two-footed on the woman’s outstretched leg.

Cheap Russian vodka, not even once: 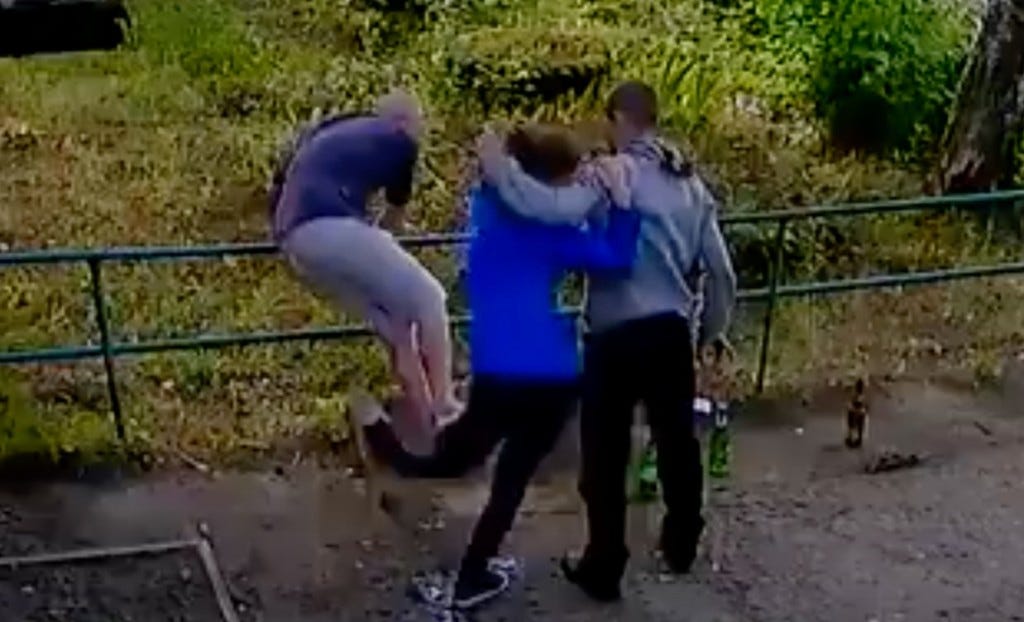 ^looking at you Georgi vodka.

An article from the Russian city of Nizhny Tagil where this took place says that local police think it was likely just a case of drunk people hanging out being bored, a common occurrence in that park. And I admit that maybe my brain waves don’t work the same way as a sauced up Russian but in what world is that a thing you do when you’re bored? You know the outcome, it’s not like your leg is going to magically fight off a 170 pound man jumping on it with a full force double-foot stomp. And if you are into breaking your leg, what an outrageous way to do it. That’s one of those “a bone popping through your skin and slicing an artery” kind of breaks, not anything clean and easy. I simply cannot accept “I got way too drunk” as a reason for this occurring. Cannot.

Based on what I know of Russia primarily through anti-Russia articles and occasional dashcam videos, it seems like this HAS to be some sort of insurance fraud situation. Or maybe Russian gangs just don’t get the whole “jumping someone in to initiate them” thing, bunch of thugs rolling around like Jimmy and Timmy with the Crips in that old South Park episode. But drunkenness? No. Can’t be just that.