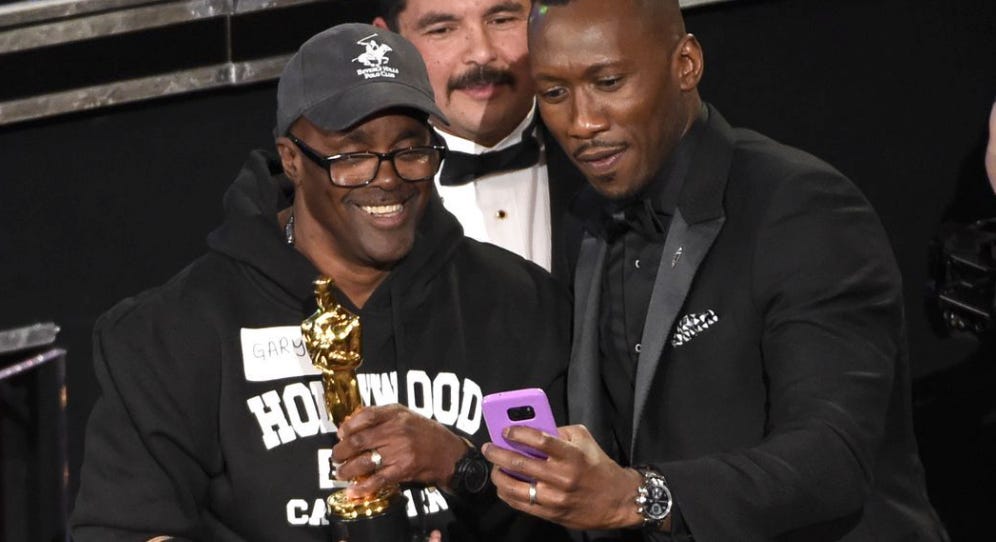 (Source) The man who stole the show at the Oscars as ‘Gary from Chicago’ was convicted of attempted rape and served more than 22 years in prison, DailyMail.com reveals.

Gary Alan Coe and his fiancee Vickie Vines were part of the group of tourists Jimmy Kimmel invited inside the Dolby Theater during the ceremony Sunday night, gaining instant celebrity.

The pair made an impression as they calmly snapped photos of the celebrities sitting just inches from them, revealed they were engaged and even got fake-married by Denzel Washington.

Gary, a native of the South Shore of Chicago, was only able to attend the ceremony because he had been released three days beforehand, he told ABC7.

DailyMail.com can disclose that one of those felonies is attempted rape, for which Coe, 59, is a registered sex offender. He was jailed in October 1994, public records show.

It is unclear whether the Oscars organizers knew that they were letting a registered sex offender into the theater. He was seen kissing Halle Berry’s and Nicole Kidman’s hands.

Coe’s jail term was a life sentence handed down in 1997 for a separate crime, the theft of $79 of perfume from a Robinsons-May store in Los Angeles that year.

It was a 25 years to life term, court records show, under the ‘three strikes and you’re out laws’ in force at the time which made a third felony an automatic life with a minimum of 25 years term.

The attempted rape could have been one of the felonies triggering the life term. It is unknown what the other conviction or convictions were but at least one was theft related, a legal source said.

Ehhhhhhh. Well they do say never meet your viral heroes right? A tale as old as time. Person gets his 15 seconds of fame, the internet does a quick google search, and boom, next thing you know we’re talking about a guy who spent 20 years in jail for possibly attempted rape. Just a tough break for Gary there. Gotta know that you’ll be the talk of the town and stay in the back. Ken Bone lurking on reddit pregnant porn pages is one thing, 20 years of hard time is a little different. Hopefully he’s able to milk this for a few extra bucks before the backlash comes in earnest. Welcome to the not really famous but a little bit notable life, Gary. Hell of a spot to be in. 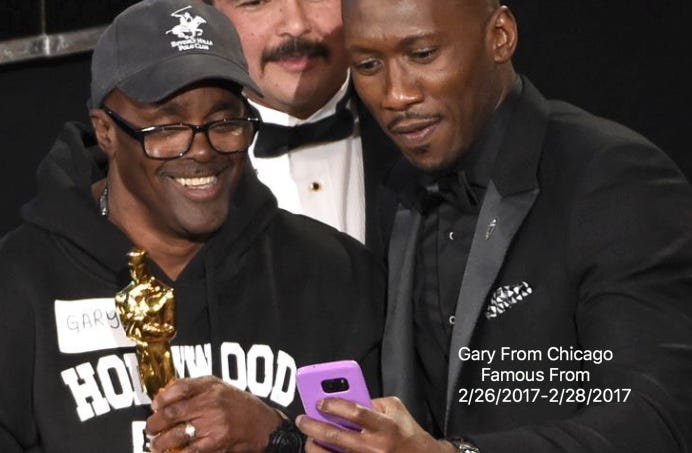