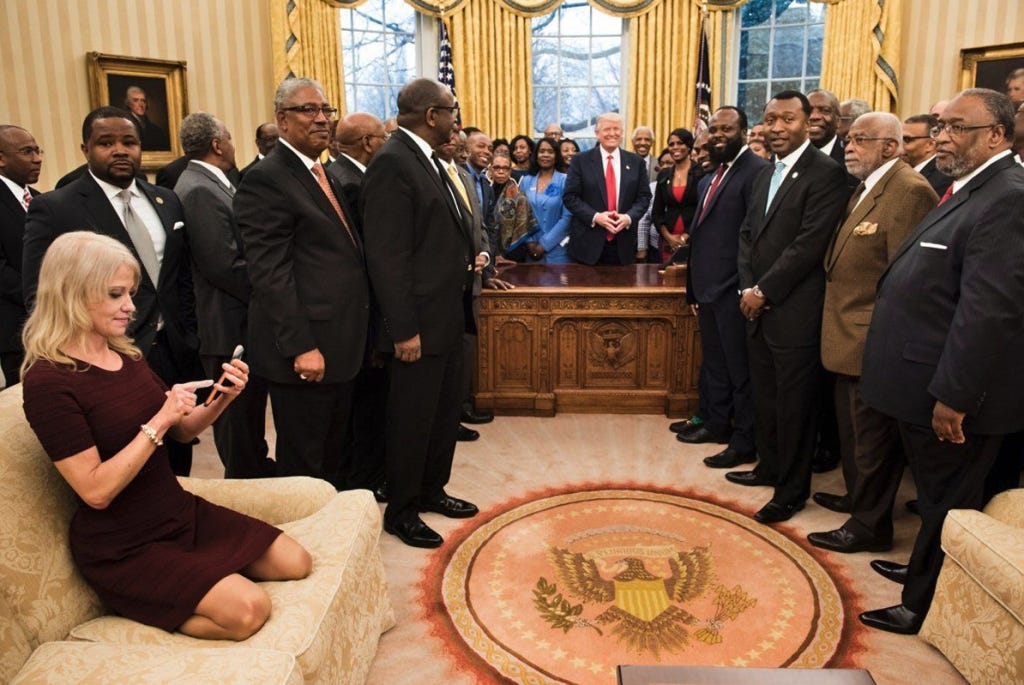 NYDN – Kellyanne Conway has already made herself comfortable in the Trump administration.

The senior White House adviser was photographed kneeling on a couch in the Oval Office while the President met with leaders of historically black colleges and universities on Monday.

The set of photos showed Conway situating herself on the couch to take a photo of the group, but social media users took offense at her sitting on the furniture in heels.

“Conway with her shoes on the couch in Oval Office — consistent with general level of disrespect Trump team has shown,” wrote Kaivan Shroff.

OH MY GOD THE DISRESPECT. WHAT WAS SHE THINKING. 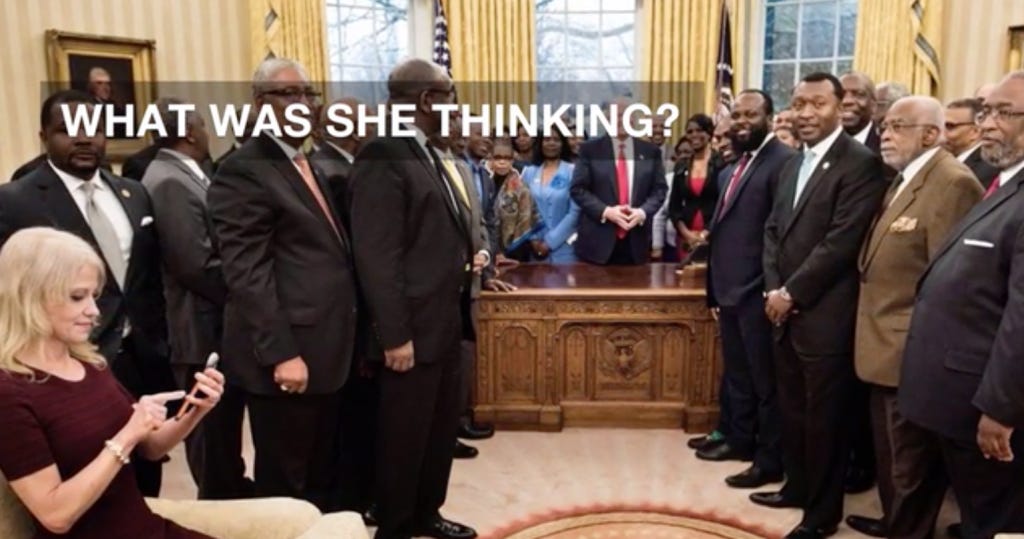 Give me a break. Of the approximately 1,564,204 to criticize the Trump administration for, kneeling on the fucking couch doesn’t qualify as high priority IMO.

Definition of a cuck scene.