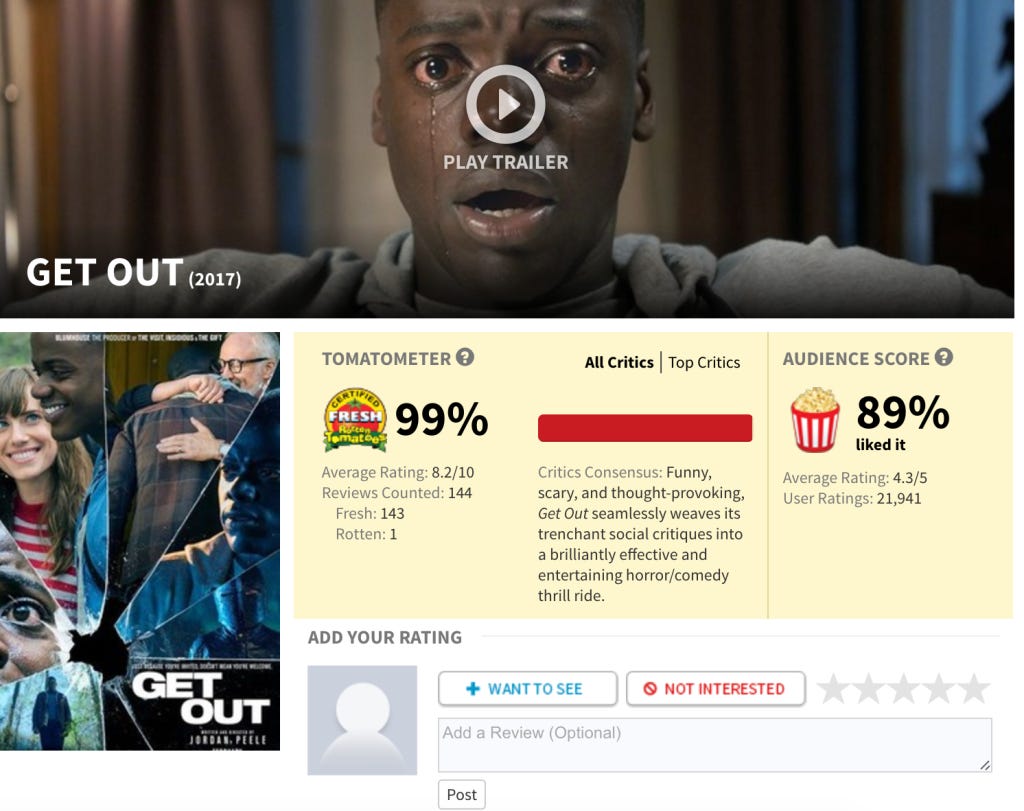 I wrote a long, glowing review of Get Out yesterday (seen here if you missed it), and said the movie “May Very Well Deserve It’s 100% Rotten Tomatoes Rating”. I’m here now to update you on that headline, because Get Out now clocks in at an imperfect 99%, with 143 “Fresh” reviews, and just one “Rotten” review. 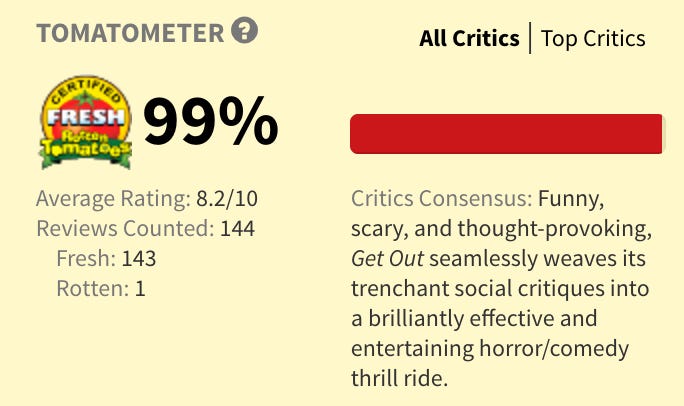 The culprit? Known contrarian Armond White. Back in 2010 there was a lot of buzz (this is a sick pun, you’ll see in a second) around a movie called Toy Story 3 (nailed it) scoring a perfect 100%, until Armond got his hands on it. He claims Get Out is “an attenuated comedy sketch in which serious concerns are debased”, and as Kmarko pointed out last night, either didn’t watch the movie, or just didn’t pay attention:

As the guy who went to bat for this flick, I gotta say…I think I love Armond White. He is a registered critic on Rotten Tomatoes and abuses the fuck out of that power to get everyone fired up. I took a gander at his track history, and I’m not even sure if he watches movies! I think Armond looks at what the public reaction to a movie is, and just fades their picks. It’s incredible. For example:

La La Land? The most critically acclaimed movie of the year, tying the record for most Oscar nominations ever?

What about Manchester By The Sea, featuring some of the greatest performances in cinema history?

Didn’t understand a word of that review, but apparently he didn’t like it!

HE FUCKIN’ LOVED IT!

A FUN TIME FOR THE WHOLE FUCKIN’ FAMILY!

I don’t know how Armond White came to be a movie critic, but boy am I glad he did. He’s just an all time troll enigma, and a HUGE fan on the 1st Amendment. 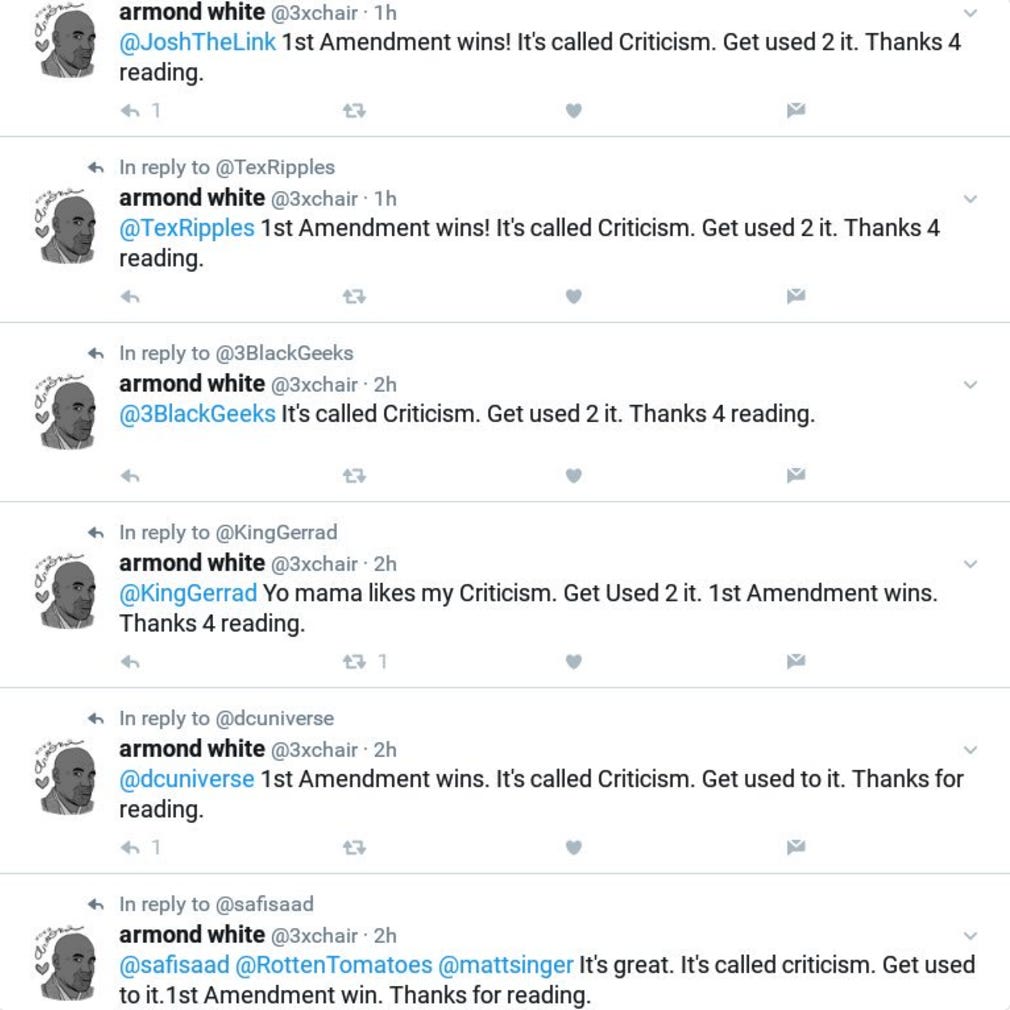