ABC News – Jose Torres, 26, and Kayla Norton, 25, cried today in a Douglas County court as they were sentenced to 20 years and 15 years in jail, respectively.

In July 2015, the parents of three children were part of a group of Confederate flag supporters calling themselves Respect the Flag. For two days that summer, the group rode around in pickup trucks threatening black families and calling them racial slurs across two counties in the Atlanta suburbs.

The group targeted black families shortly after the Charleston church massacre because its members were upset that South Carolina had responded to the brutal slayings by removing the Confederate battle flag from various sites.

At one point, the group pulled up to a birthday party for a black child in Douglasville. The group’s members allegedly threatened to kill the partygoers, with Torres confronting the family with a gun that Norton had loaded. The family called the police.

You’re drunk and make a mistake, it’s a crime of passion, you’re defending your life…these are times where maybe you hear someone say “That is not me” and you might believe it. But there are some crimes where you’re probably not able to pull that card, where whatever you did is as closely tied to who you are as your own face. And if you’re the kind of person who rallies up the pickup trucks, adorns them with your finest Confederate flags, and drives around to threaten a black child’s birthday party while slinging n-bombs and other slurs at them, that is very clearly who you are. Crying in court doesn’t change that, acting like you somehow didn’t do the thing you’re on video for doing doesn’t change that, you just are that person. Turning on the waterworks because you’re being punished for it and acting like it’s because you suddenly have a conscience is about as dishonest as it gets.

Really if anything, all this duo is doing is weakening their prison crew draft bargaining chips. It was pretty clear cut they were going to jail, might as well position yourselves for easier time spent there. You go to jail as some hard ass white Supremacists doing awful shit, the Nazi prison gang is burning a first round pick on you easily. Now the black guys are going to be mad at you because of the whole chasing down black people with shotguns and waving Confederate flag things, Latino guys won’t want near them, and the Nazis are gonna be like “Oh that’s not you huh?” with their hands on their hips shaking their heads in very disappointed fashion. Just be the indisputable piece of shit you were and own it in court, no matter how glorious these dirtbag crying faces may be: 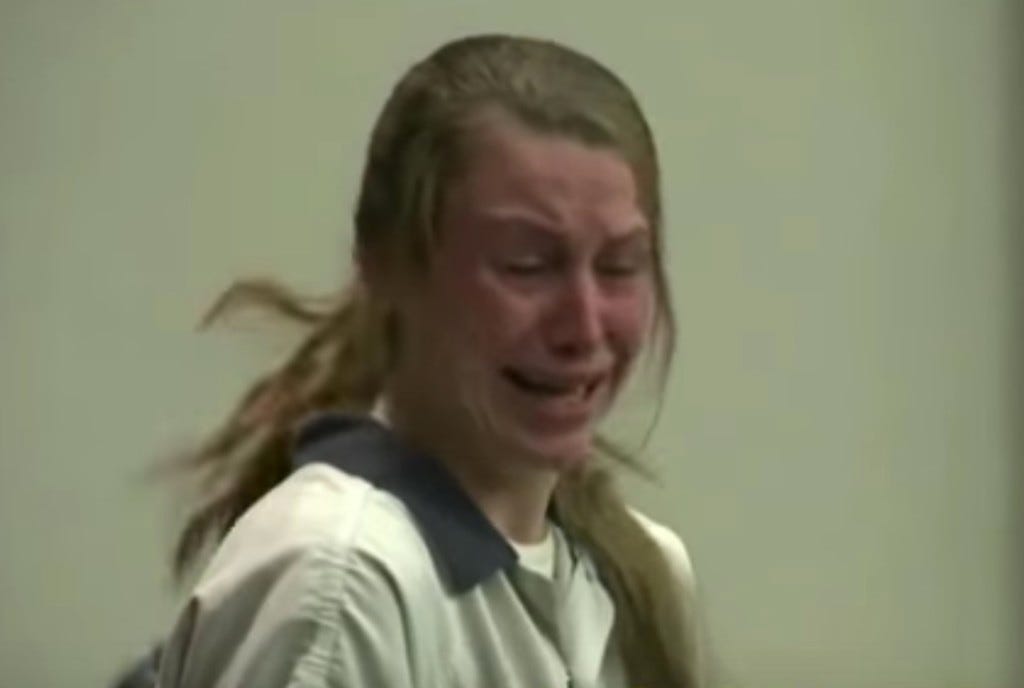 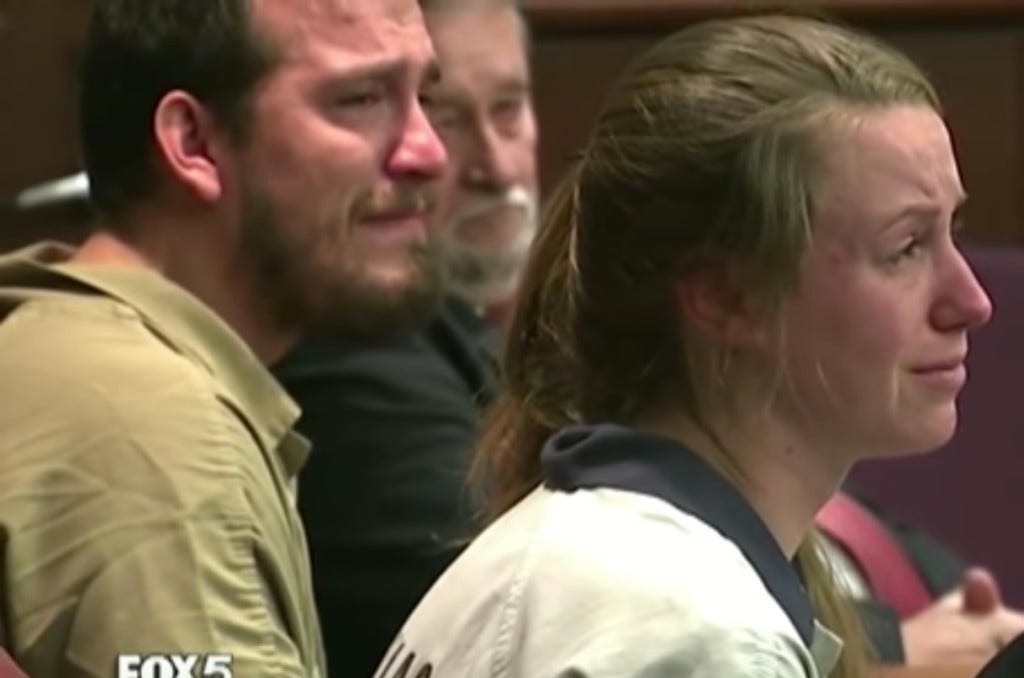 PS Jose Torres is waving Confederate flags in people’s faces? Ricky Martin, the Taco Bell dog, and the Latino explosion in the late 90s really changed some shit around huh?