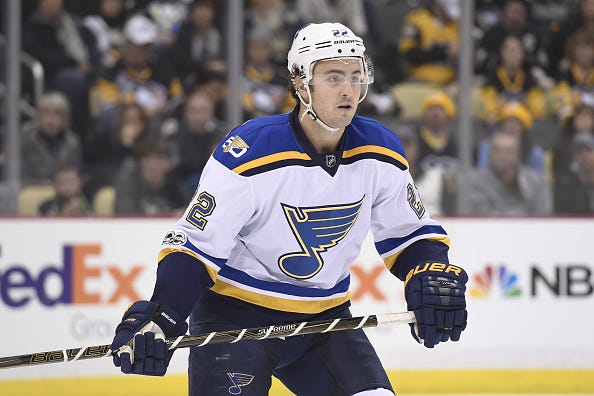 Just once. Just one time I wish that NHL General Managers could respect the trade deadline. Just one time I wish they could hold on to their loads a little longer instead of blasting off before they even get their pants off. But no. They fucking never. Because as is tradition, GMs across the league have made all of the trades before the deadline so now Wednesday is going to be a bunch of prospects and picks being dealt for guys that you’ve never even heard of. We had Ben Bishop on the move to Los Angeles on Sunday night. Yesterday we had Burrows to Ottawa, we had Brian Boyle to Toronto, we had Martin Hanzal off to Minnesota, and then of course we had Kevin Shattenkirk on the move to Washington. Fuck me sideways.

The NHL Trade Deadline is a day that needs to be respected. It’s a day that we losers who have nothing left to look forward to with our own team can have as at least a little excitement toward the end of the year. You wake up on Deadline morning and you’re like a kid on Christmas. Only this year it looks like it’ll be another year where your dad leaves you on Christmas morning and your dog dies while you’re opening up all the presents you didn’t get because your family hates you. Sure, Duchene and Landeskog and Eberle are still all out there but they’re not guys who necessarily need to be moved before the deadline. They’re guys who still have term left on their contracts and if the asking price for them stays ridiculously high, teams will just wait until the summer to try to make a better deal.

P.S. – Here are some trade terms for everything that’s gone down so far.

Burrows to Ottawa (has also signed a 2-year extension)