Ruptly/YouTube – Dozens of supporters of US President Donald Trump rallied on the Hollywood boulevard in Los Angeles, Saturday, a day ahead of the Academy Awards ceremony, in order to defend the president and protect his star on the Walk of Fame.

One arrest was made after clashes erupted as some by-passers confronted the protesters, breaking one of their placards. Protesters campaigned for Trump to build the wall at the southern US border with Mexico and displayed signs such as “Mexicans for Trump,” “California for Trump” and “women for Trump.”

Tall Nate in the background is absolutely horrified at that girl’s showing: 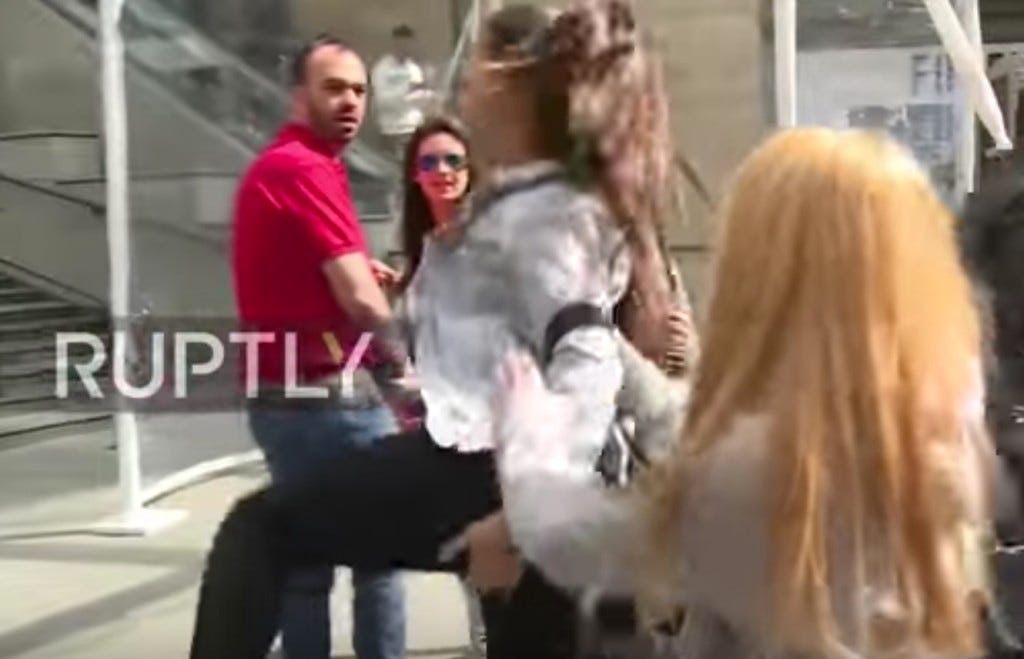 But more than anything I find it funny that stuff like this happens across the country every single day now and we have no idea. Protests all over the country happening for random reasons on both side and now we’re all so desensitized to it and the protests seemingly get less and less logical. Groups of people getting together, being angry at each other, and vigorously filming everyone to cover their ass and/or make a viral video while rallying against dumb shit. Like here’s what the Trump people were protesting out there:

The organiser of the rally Matthew Woods stressed that Trump supporters are “boycotting many actors and film directors who have an anti-America agenda.”

Ah very important to show Hollywood that no longer are they going to pull the wool over your eyes with their liberal agenda. It’s been so ambiguous for so long but thankfully these brave protesters are able to shine a bright light on it finally. That’s what courage is.

But for as much shit as I can talk about protests and counter-protests and over enthusiastic Mexican Trump protesters grabbing their Chalupa makers all over the place I’d be doing a disservice if I don’t applaud how far some of the protest outfits have come. 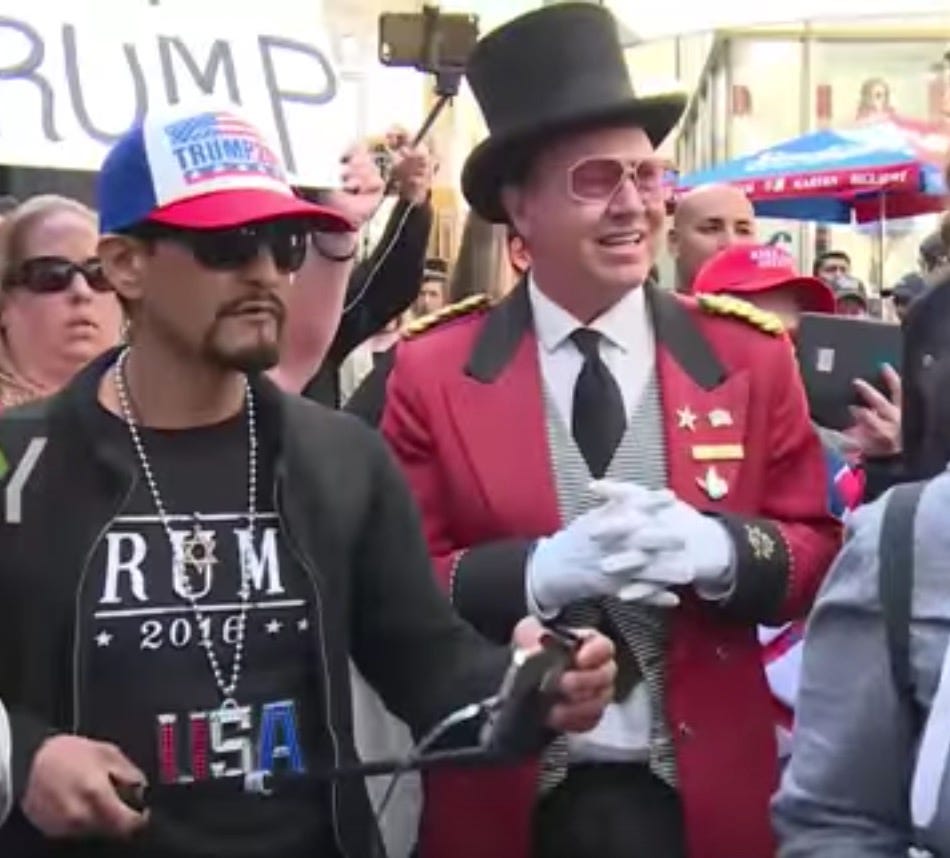 That’s a squad right there. You could try to bridge the gap with the anti-Trump protestors orrrrrr you could stunt in a top hat right in their faces. Option B is a lot more fun.