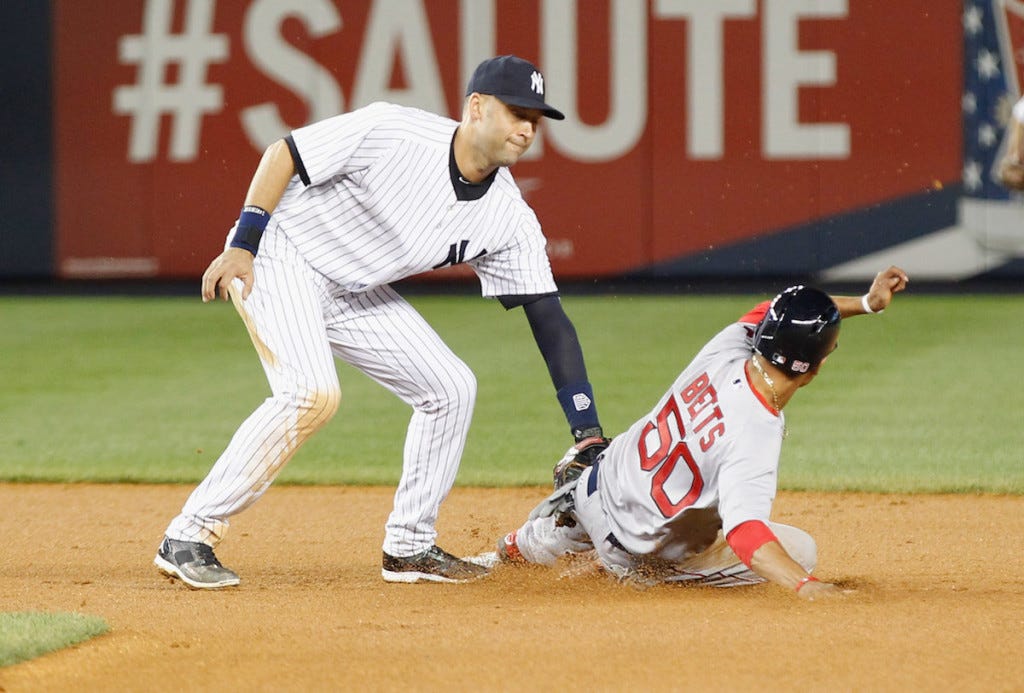 The Yankees’ future is bright. As of right now, the organization has seven prospects on Baseball America’s top 100 prospect list, including one at No. 5 (Gleyber Torres), and three in the top 50. Beyond that, they have a ton of young talent already on their major league roster, names like Gary Sanchez, Aaron Judge, Greg Bird, and Tyler Austin. Who is Yankee legend Derek Jeter’s favorite player to watch in today’s game? Mookie Betts. Of the Boston Red Sox.

SORREY, Yankee fans, but this is a great pick. Mike Trout is too cliche of a pick these days, and Bryce Harper is, too. Jeets is anything but cliche, so Mookie Betts is the PERFECT pick by a man with such great integrity and baseball IQ. We’re talking about a player who was statistically the best defender in all of baseball last year, the best base runner, the first Red Sox player since Ted Williams to hit 30 home runs and drive in 100 runs before their 24th birthday, and trailed only Trout himself for the highest WAR (9.6) in all of baseball. The kid is a stud, and now he can add “Derek Jeter’s favorite baseball player” to the long list of awesome shit he can say about himself.

By the way, this is just another example of how dead the Red Sox/Yankees rivalry is. Even if he honestly believed it, I can’t imagine Joe DiMaggio would’ve said that his favorite player to watch was Nomar Garciaparra after 1997 (also a great pick IMO).