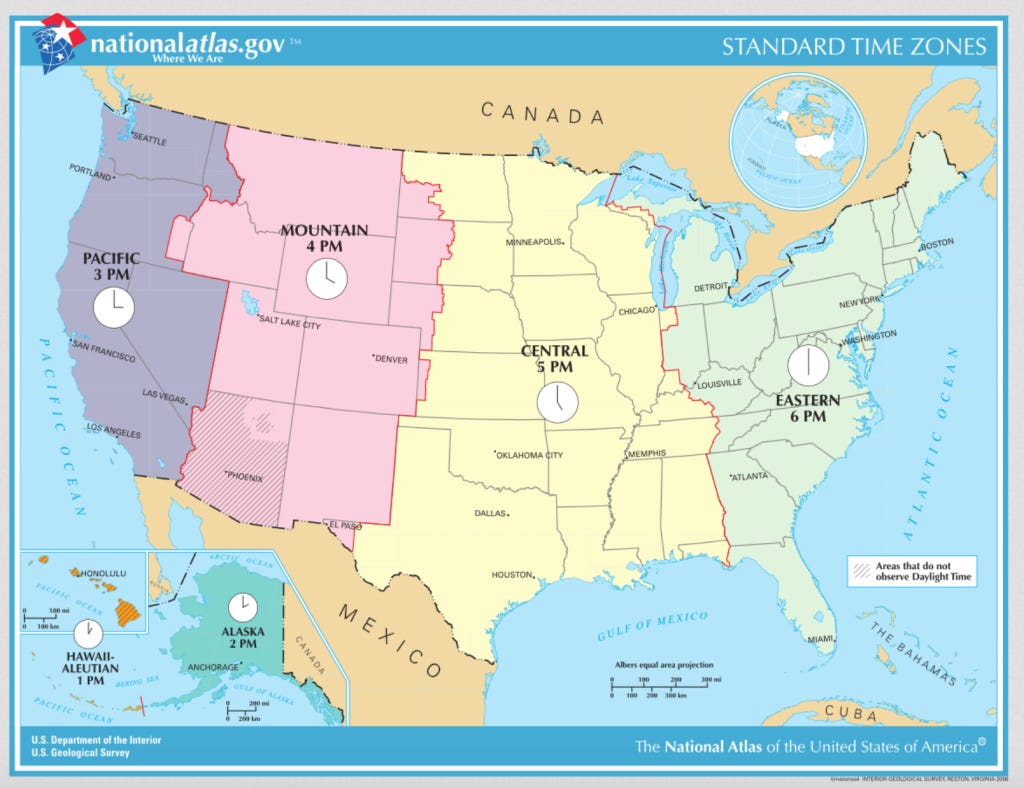 I know I’m an idiot. It’s something I live and deal with every day, a stupid brain, but after going to California this weekend I simply can’t comprehend how people live on Pacific time. It just doesn’t make any sense to me. This was my first time on vacation in a very different time zone in a long time, I typically stick to the Atlantic, don’t need anything more than the Eastern Seaboard and the Caribbean, and it was the most stressful shit I’ve ever had to deal with.

You wake up and half the day is over. First thing you do is roll out of bed and have ten million news stories to catch up on, news stories that everyone who lives in reality has had half a day to dissect and now they’re sitting eating lunch while you’re wiping sleep from your eyes. In order to live on the west coast you just have to accept the fact that you don’t live in a place that matters and no one cares about you. All the important shit happens while you’re sleeping and you’re not consulted. You don’t make any decisions. You watch sports at stupid times and award shows air before dinner. You barely even get New Year’s Eve because everyone’s only concerned with New York’s party.

Avocados are good as shit over there though, I’ll give them that.