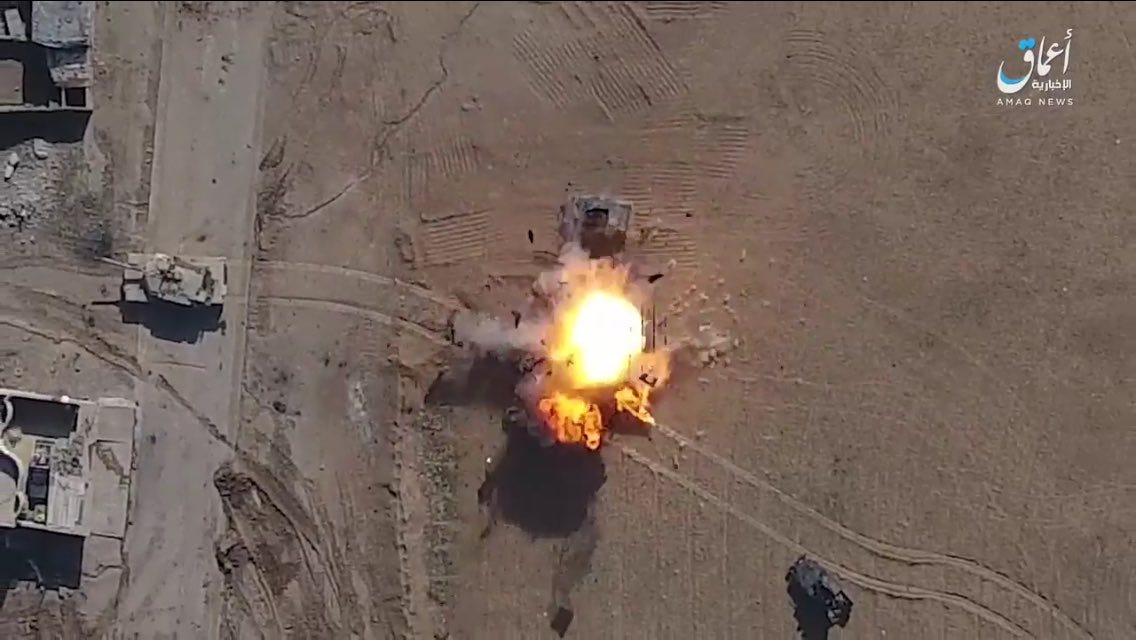 ISIS using air is scary. The biggest difference between us and them on the battle field for years has been our ability to control the air. Having air superiority changes the landscape when you’re fighting.

ISIS by no means has control of the air but it’s certainly something that you have to be aware of now. That wasn’t really the case for a long time. Sure, you had to worry about Mortar rounds and shit like that but the ability to do a precision strike guided by remote is something that only we had. They have it too, now. And it’s effective.

Sometimes I see videos and pictures like the ones above and I think that ISIS is getting smarter and more advanced but then I see videos like this next one and realize that they are sending their people across the open desert into small arms and light machine gun fire. Not smart! 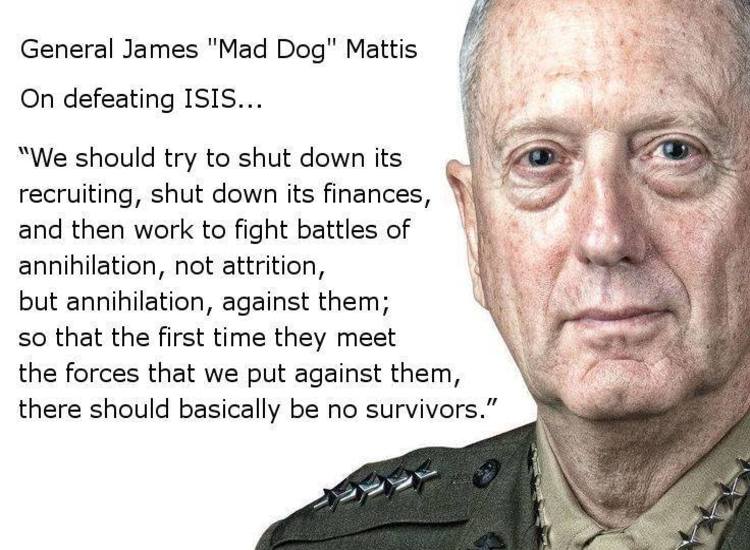