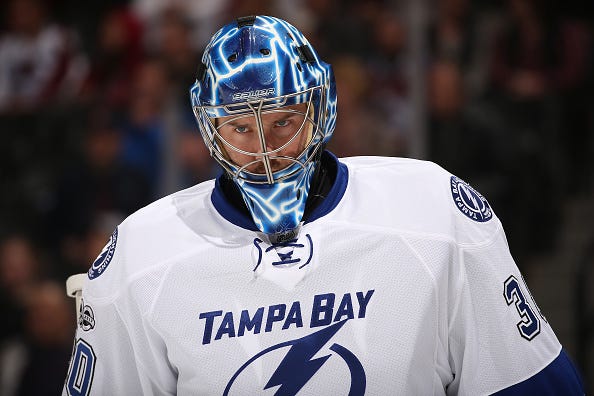 Aaaaaaaaand we’re officially off. As it stands right now the Lightning are 7 points out of a wild card spot in the East and 8 points out of the 3rd spot in the Atlantic. The Kings, on the other hand, are 3 points out of a wild card spot in the West and have just activated Jonathan Quick again after he’s been dealing with an injury for most of the season. So the Kings get a relatively cheap rental for their final playoff push and the Lightning at least get something in return for Ben Bishop who was just going to walk away for free after this season anyway. Bishop and his $5.95m AAV contract hit free agency on July 1 and there’s just no way that Tampa was going to be the right fit for him moving forward. I don’t think Los Angeles is going to be the fit for him either with Quick owning that city. But imagine being able to go into a playoff series with Ben Bishop as your backup to Johnny Quick? Not a terrible situation to find yourself in.

So yeah, this was definitely a bit of a give up move on the Lightning’s part. They know that they’re toast this year and it’s time to start building toward next year. So they get a little something while they still can for Bishop, Kings get better for the last few months of the season, pretty decent trade all around for both fuckers involved. And just like that, NHL Trade Deadline season is officially underway. Hold on to your butts, people. It’s going to be a helluva 3 days coming up here.

P.S. – I’ll be on the road driving from Atlanta back up to Philly pretty much all day tomorrow. Great fucking timing on my part. If you are an NHL GM and you’re reading this right now…. NO TRADES TOMORROW. Ya hear me? Wait until Wednesday.