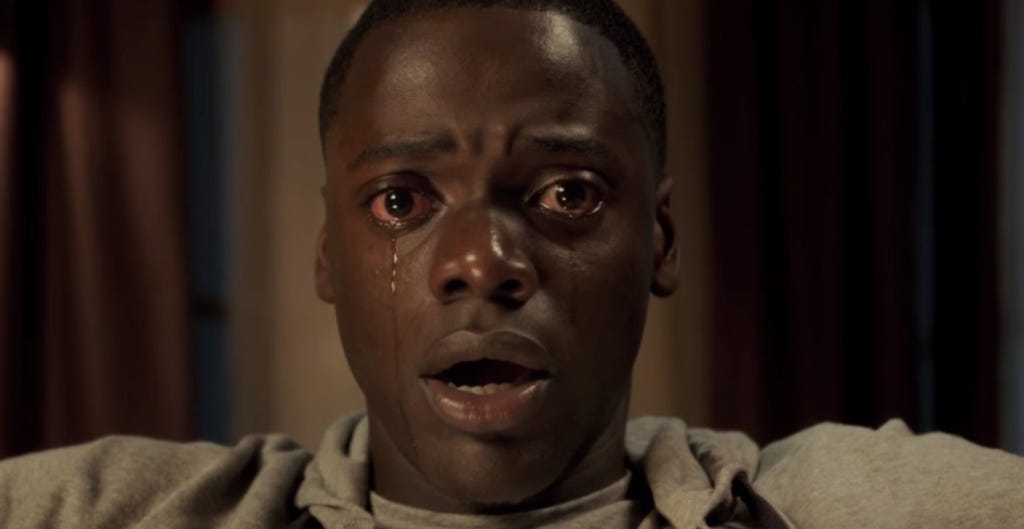 I think everyone was a little skeptical of a Jordan Peele written and directed horror movie from the moment we heard about it. When we got our first glimpse at Get Out in it’s trailers, I pretty much counted myself out. I legitimately thought it was a parody of a horror movie. Then, the movie scored a perfect 100% rating on Rotten Tomatoes, and like most, I went into the theater on Friday with a “how good can this really be?” mentality.

Get Out showed me it could be as good as any thriller movie ever made. I’m not the biggest fan of the genre, because I think thrillers are generally dumb movies filled with cheap jump scares made for the lowest common denominator, but this flick shattered all of my preconceived notions. This movie, in one word, is smart. Every “jump scare” (there’s very few) is thought out and makes sense in the context of the story. All of the lighter joking moments land, and never take you out of the incredibly real danger our main character is in. The entire plot flows so organically, and every twist/reveal genuinely shocked me. Basically, Peele avoided every cliche you thought this movie would hit, and zigged every time you thought he’d zag.

I’ll touch on the details more below, in spoiler territory, but for those who haven’t seen Get Out, please do so, and if you want the best experience possible, go in knowing as little as possible. Seriously, don’t even watch the trailer.

This is one of those movies I feel like I have to go back to the theater and see again, because I missed so much the first time around. Like, on the way home I had so many “Holy shit” revelations, and after I read a few discussion threads, REALLY had some “Holy shit” revelations. If you’re like me and immediately flock to the internet to see what others thought, you’d probably read these, but they’re worth mentioning regardless.

-When Rose backtalks the cop in the beginning of the movie, she’s not sticking up for Chris (obviously), she’s making sure he isn’t identified in the area for when he goes missing. Whaaaaaaaaaaaaaaat.

-The Grandfather’s crowning achievement in life was getting beat by a black man in the Olympics, leading him to believe black people were “genetically superior”. Somehow, I still didn’t understand why the groundskeeper was doing sprints in the middle of the night. IT’S BECAUSE HE WAS PRACTICING RUNNING AS A BLACK GUY. DUHHHHHH.

-While easy to put together later in the movie, or directly after, it’s still worth mentioning how well done the “party” scene, AKA the silent auction scene was. Chris went through a string of bizarre conversations with Rose’s family/friends that made me very uncomfortable, and when I realized they were all sizing him up because they were gonna Skeleton Key his ass, I was frightened for my life.

A couple quick hits on the rest of the movie:

-I can’t believe Rose was just racking up high scores on how many blacks she could date/kidnap. The shoebox discovery was one of the biggest “OH NO YOU’RE SO FUCKED” moments in recent memory, and Allison Williams flipping the bitch switch was such a great performance.

-The maid and the groundkeeper being the grandparents was so good. SOOOOOOOO good. The whole time, they came off as hostages, and it turns out they’re more in on this scheme than anyone. When Chris tells the maid he doesn’t like it when he’s around too many white people and she is smiling ear to ear and crying, I was so uneasy I wanted to puke.

-Rod Williams from the TSA stole the show in every scene he was in. When he says “I told you not to go in that house” after saving Chris the theater went from absolute terror, to relief, to laughing so loud we couldn’t breathe. What an all time comic reliefs character.

-Chris’ escape from the house was a nice change of pace for the genre, because usually it’s a long, drawn out process where the villains just won’t go down. In Get Out, he bashes the brother’s skull in, kills the shit out of the mad scientist dad, and no sells a knife through the hand to slice the mom’s throat. Sure, the brother comes back, but Chris disposes of him again quickly, and curb stomps his head into the basement. So satisfying. Big pop from me.

-Speaking of the brother, what a guy to represent MMA fans! Just the biggest fucking creepy hardo in cinema! Major embarrassment from me from the second he asked Chris about Brazilian Jiu Jiutsu. Sad!

MMA gripes aside, Get Out was a fantastic movie that leaves you wanting more like it as soon as you walk out of the theater. I really could go on and on, but I’ve DEFINITELY done enough of that for one blog. I’ll be the first in line for whatever Jordan Peele does next.