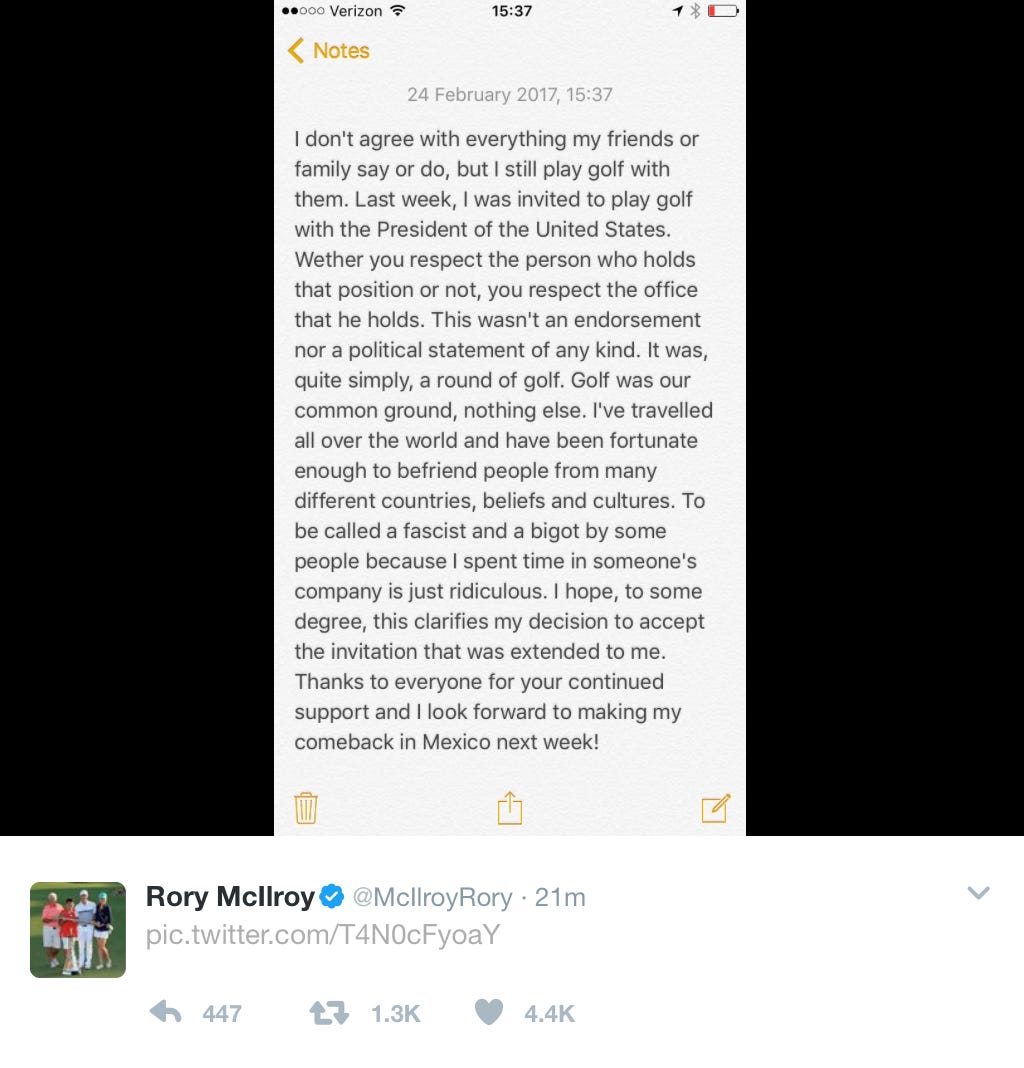 Nailed it. That’s exactly what I expected Rory to say and he’s right. It’s what I said in my original blog about Rory playing golf with Donald Trump. Almost to a tee. It’s better for a guy in Rory’s position to be friends with the President of the United States than it is for him to not be friends with the President of the United States. Period. That’s it. It doesn’t matter one bit who’s holding the office. Notice how he didn’t mention the word “Donald” or “Trump” in that note. That should tell you everything you need to know. It doesn’t matter if it’s Barack Obama or Donald Trump or Donald Duck. Golfers are gonna play with the POTUS cause it’s an honor and it’s nice to have powerful friends. It pos doesn’t hurt that Trump is YUGE in the golf world. I will say this, given everything we know about Rory, he more than likely hates everything Donald Trump represents. No way does he agree with the hate and bullshit Trumps spews on a daily basis. Rory even alluded to it in that tweet. He for sure thinks Trump is a scumbag. But that doesn’t matter. It just doesn’t. People might not like that but it also happens to be the truth.

PS- Hey Rors, throw the battery percentage on the phone. You’re scaring us.