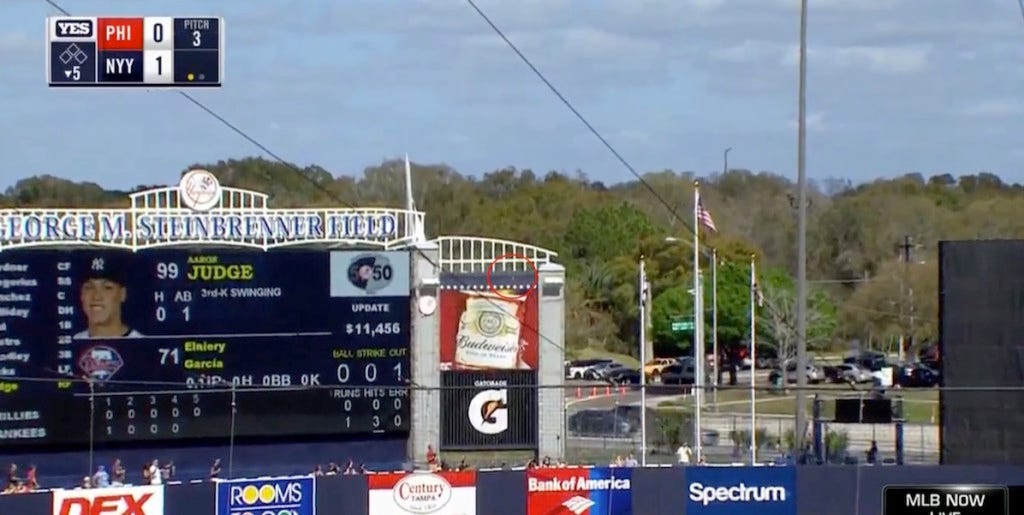 There’s no bigger “spring training stats don’t matter” guy on planet earth than me. They absolutely, positively, one thousand percent do not matter. HOWEVER, that doesn’t mean that spring training itself doesn’t matter. It does. You can still learn a ton of things, like who’s in shape, who’s healthy, who wants the starting job more, and who has freakishly strong power.

A week ago today, I wrote a blog about Gary Sanchez putting a ball off the scoreboard in BP. It was an impressive feat of strength, but I’m with the majority who feels meh about it, because it was only batting practice. This rocket off the bat of Aaron Judge was hit off of a 22-year-old A-baller who’s trying to impress at big league camp. Thing was fucking crushed, and obviously Judge’s first home run of the spring. Perhaps not so coincidentally, Judge’s longest home run that he hit in 2016 was also his first (457 ft.).