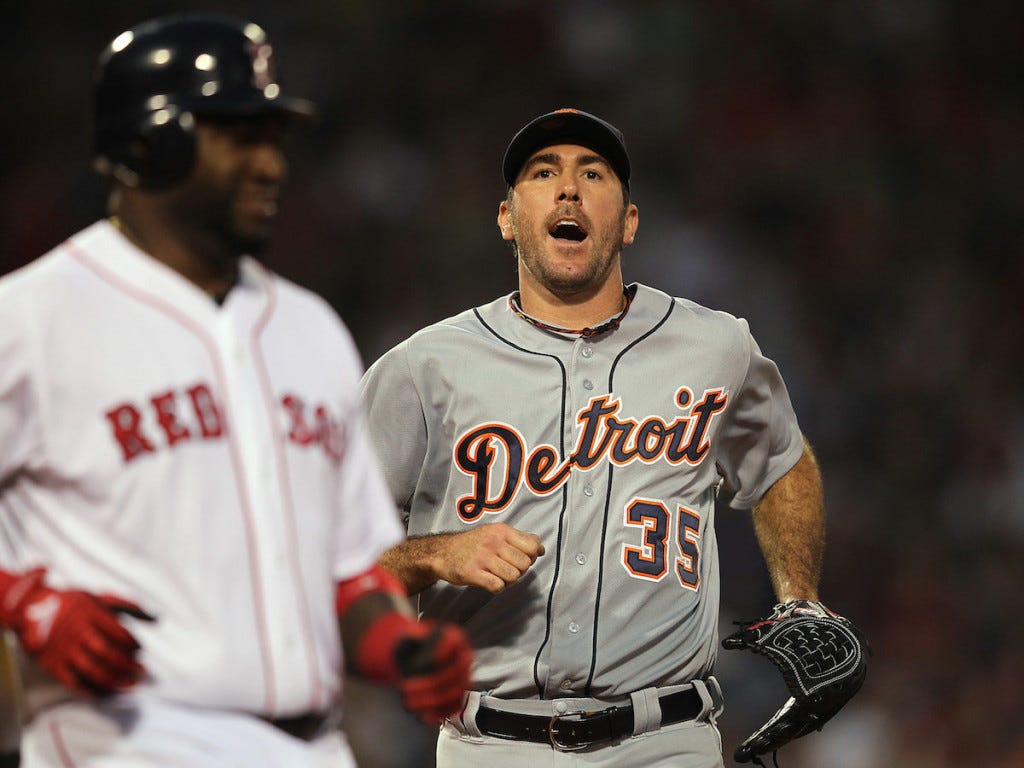 I think we all knew that this was going to happen.

The MLB makes a somewhat minor tweak to their rules, and now everybody’s gonna be thinking of other ways to change the game for the better. At least, in their minds. I’ve already written about the intentional walk rule change a couple times. I’ll maintain that they should’ve just left it alone. But that’s not to say that they shouldn’t leave everything alone. There are most certainly rule changes that can be made that will create more action within the game, eliminate stoppages in the action, and improve the quality of the game overall. Justin Verlander has an idea: 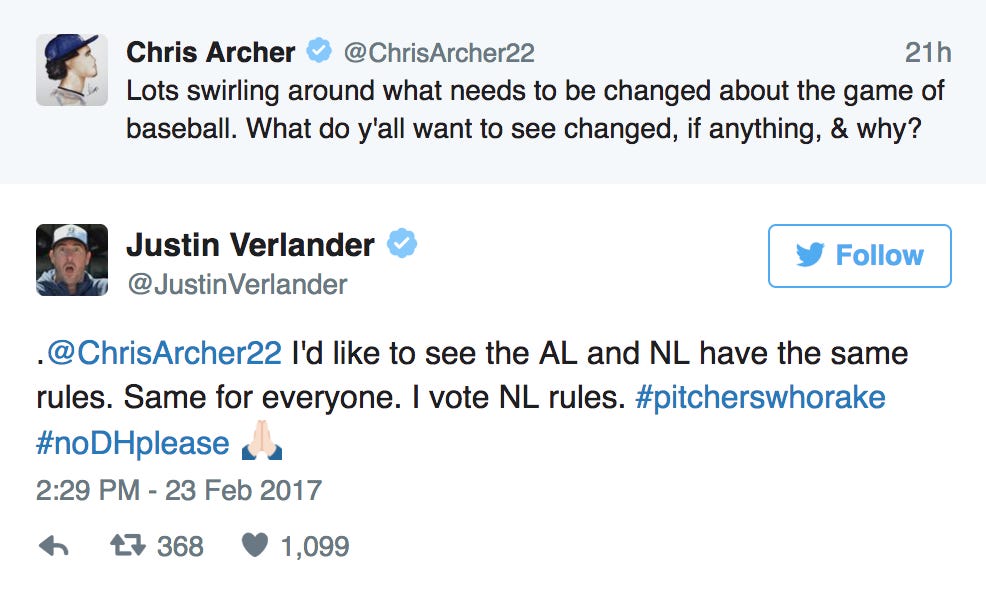 First of all, how stupid is it that there’s a major professional sport where two leagues play by two separate sets of rules, but compete for the same championship? It’s bananas. The thing is, it’s been going on for so long that we’re used to it now, so we don’t question it anymore. But just think of the internet shit storm that would happen today if the American League and National League either both always had or did not have the DH, and then one day it was decided that one would have the DH, but not the other.

The salty-haired beat writers and columnists would pound their typewriters, the internet baseball nerds would have simultaneous brain aneurysms, and diehard baseball fans everywhere would loot and riot. We don’t make a big deal out of it now, because that’s just the way it is. But it shouldn’t be. It’s dumb. Obviously Verlander is going to say get rid of the DH. He’s a pitcher, so that’s one less dangerous bat that he has to face every time through the order, and pitchers enjoy the quirkiness of getting to hit.

For some weird fucking reason, National League fans are very passionate about their anti-DH stance, just because they’ve been conditioned and brainwashed into believing that that’s the way baseball should be played. And maybe they’re right. Maybe the strategy of pinch-hitting, double switches, and all that National League shit is the “right way” to play the game. But it’s not the entertaining way, and Major League Baseball is in the entertainment business. Me personally, I am not entertained by sacrifice bunts, pathetic-looking swings, and three-to-four-pitch strikeouts by pitchers at the plate. I wanna see bulky motherfuckers smashing baseballs into outer space.

But here’s the catch — National League games are shorter, and that’s what the MLB wants. They want more action in the games (AL), but they want the games to be shorter (NL). I’ve said this before, but I’d rather watch a three and a half hour baseball game with a ton of action than a three hour baseball game that flew by with little to no action. The excitement of the night should be the action on the field, not the realization that you get to see the final out by 10 o’clock.

I don’t think it’s something that MLB needs to address immediately, because, like I said, it’s been this way for a while — 44 years to be exact — but when they do make the rules the same in both leagues, they should keep the DH. Chicks dig the long ball, for sure.