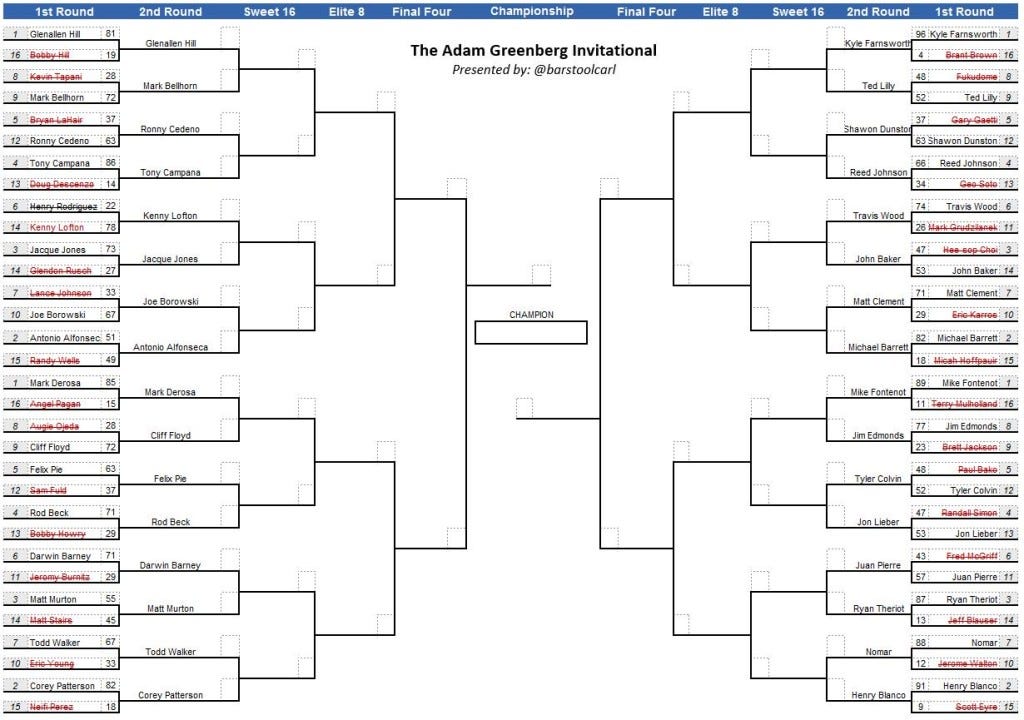 You’ve probably heard of this tournament by now. If not, well then I don’t know what to tell you. This is a tournament for the obscure yet relevant Cub greats from the 90’s and 00’s. And boy do you have a chance to pick from some of the best. You can read about the background here.

Before posting the polls for Round 2, just a quick shout out to John Baker for rallying his twitter followers in Round 1. Here’s John in the morning.

Afternoon…. starting to care a little bit there John

And then evening…. with time expiring and Hee-sop Choi nursing a 5 point lead, John Baker did what John Baker has always done in his baseball career – find a way to make it to the next level. His followers (presumably very creepy people btw) came out of the woodwork to push him over the edge.

So Kudos to John Baker and… sadly… to Glendon Rusch and Jeromy Burnitz for giving it their all, despite getting blown the fuck out in Round 1 by Jacque Jones and Darwin Barney Respectively. There’s a lot to be said for a couple of regular white guys to even make it into the field.

Also worth pointing out that the beer cart girl is probably terrified of these two. And I of course mean literally every beer cart girl that will ever cross their paths. Way too much sex appeal for them not to clean up on BCG duty. I would legitimately murder a random homeless guy to play a round with those two guys btw. Probably worth a laugh or two.

On to the voting.