I just wanted to write up a quick blog and shout out the Knicks for giving us the perfect game to follow up yesterday’s absolute DUD of a trade deadline. I guess I can give the schedule makers a hat tip to by having the Knicks play the first game of the season in Cleveland when the Cavs raised the banner and the first game out of the All-Star break. The fact the Knicks didn’t lose by 30 is probably a miracle (or because Kevin Love was hurt, you choose).

As if watching the Knicks getting their doors blown off wasn’t enough, we got to see beloved Knicks legend Charles Oakley sit courtside. And while I loved it as a huge Fuck You to James Dolan, I didn’t love this quote.

Because there is NO way to spinzone the Knicks being the better team. Then again, I understand where Oak is coming from. Probably hard to root for a franchise owned by an angry ewok that hates you. However don’t become buddy-buddy with this guy.

That once wrote this letter. 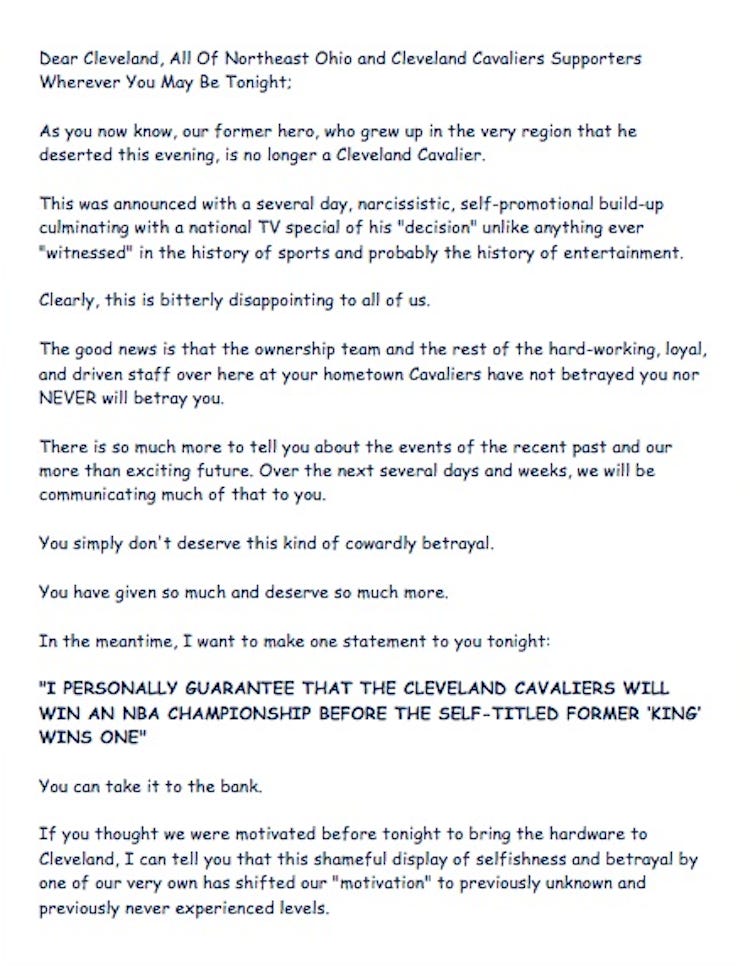 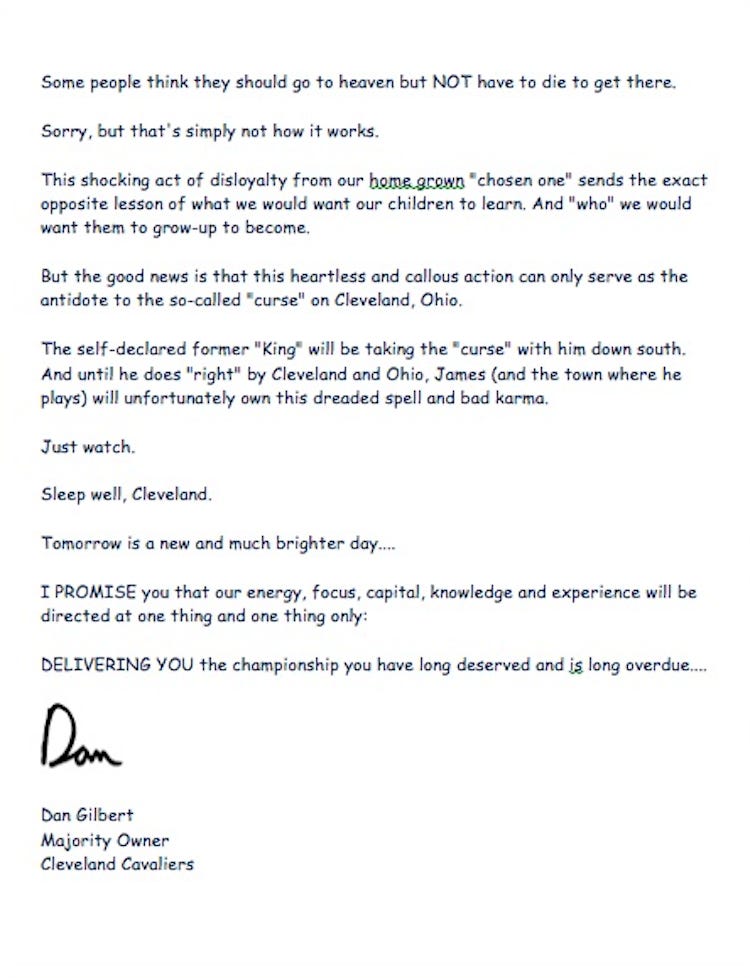 Whose only redeeming moves were shipping his son to the NBA lottery a bunch of times so the Cavs could win enough number 1 picks to get the right amount of assets and players in place to convince LeBron to come back to Cleveland while also likely having to eat a metric ton of LeBron’s shit before getting him to sign a contract back with the Cavs.

Anyway like I said, the game was your typical Knicks-Cavs disaster (the Knicks haven’t beaten the Cavs in 10 games AKA since LeBron’s homecoming back in 2014). Last night’s memorable kick in the dick moment being LeBron pushing Courtney Lee’s shit allllll the way in.

Andre Iguodala definitely had a shiver run down his spine when this happened, even if he wasn’t watching the game.

Oh yeah and if that wasn’t enough, we got these little nuggets dropped on us after the game.

Which led to this (quickly deleted) tweet from our 7’3″ Latvian savior. 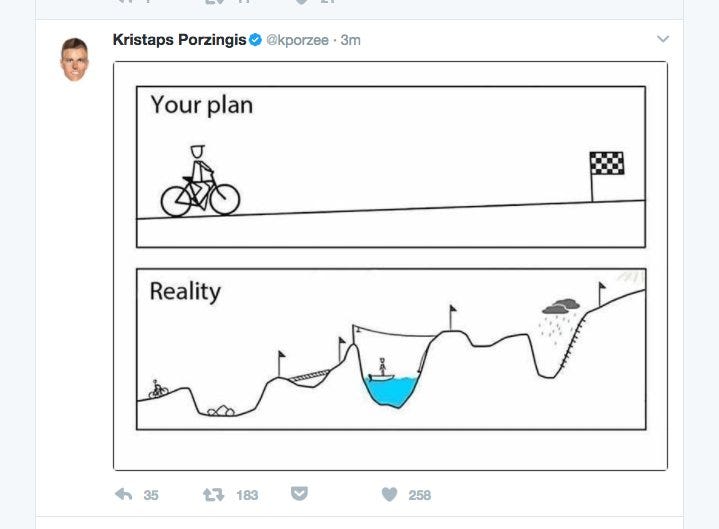 Well our beloved KP finally knows what it’s like to be a New York Knick (or Knicks fan). Fucking AWESOME. He’s growing up right in front of our eyes. Thank God Kristaps loves this franchise for some ungodly reason. Because I wouldn’t blame him one bit if he played out his rookie deal and bailed from this sunken ship.

At least Woj gave us some good news on Twitter, albeit about 24 hours after I was hoping for it.

Gotta love when good news for your team is really just “not as bad news”. And Woj even said “For now”, which doesn’t exactly make me feel great.

Maybe now that Porzingis is hurt, we should blow it all up in the trade market and tank the fuck out of this season. Oh yeah, the trade deadline was yesterday. Wonderful!!!