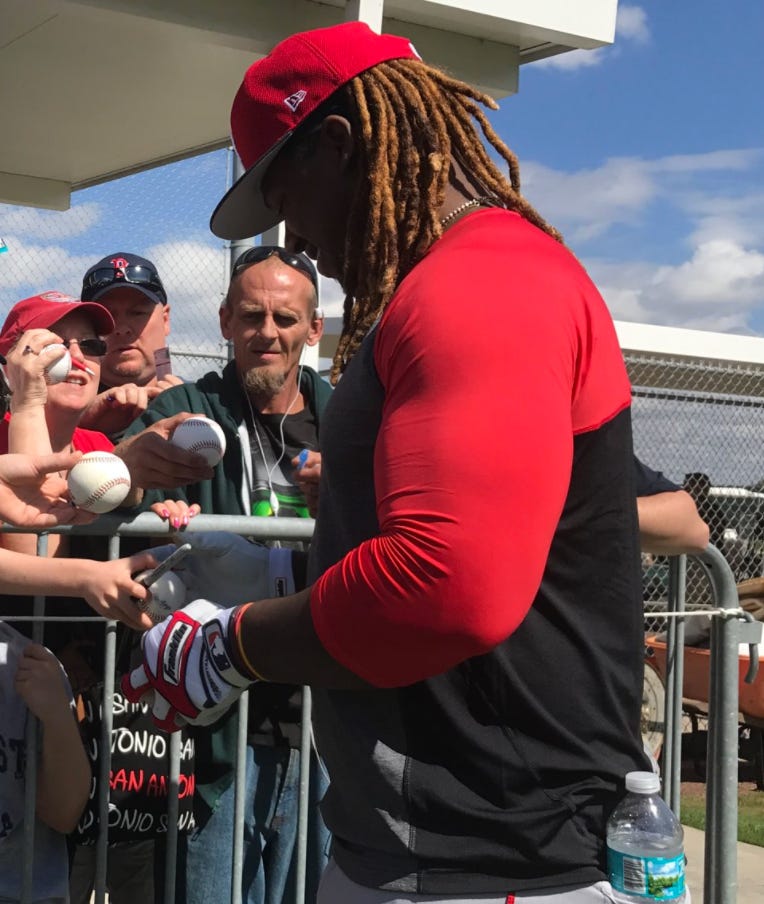 JEEEEEESUS Christ. Hanley looks like he spent the entire offseason doing bicep curls with the axles of 18-wheeler trucks, and doing close-grip bench with Alaskan oil pipelines. Not only that, but he also looks like he’s about to get into a gun fight with Mike LOWREY and Marcus.

Seriously, though. What the fuck? Did this dude think that since David Ortiz retired that he had to hit the gym so hard so that he could blast 30 home runs PLUS Ortiz’s 40 home runs combined? Causeeee that’s what it looks like. I’m actually not crazy about Hanley bulking up like this whatsoever. If you recall, that’s what he did when the Red Sox first signed him. He figured, the Red Sox signed me to be a corner outfielder, so I have to mash dingers like a corner outfielder. That season ended up being a disaster for him with both injuries and underperformance.

That offseason, Dave Dombrowski asked him to lose weight, trim down, and focus on being more of a doubles hitter and become more agile in preparation to play first base. Hanley showed up at spring training noticeably leaner, hit 28 doubles and 30 homers, and played a very solid first base. I’m assuming that, since he’s going to get a majority of his at-bats as Boston’s DH, that his mission was to get huge again, and hammer a shit ton of home runs.