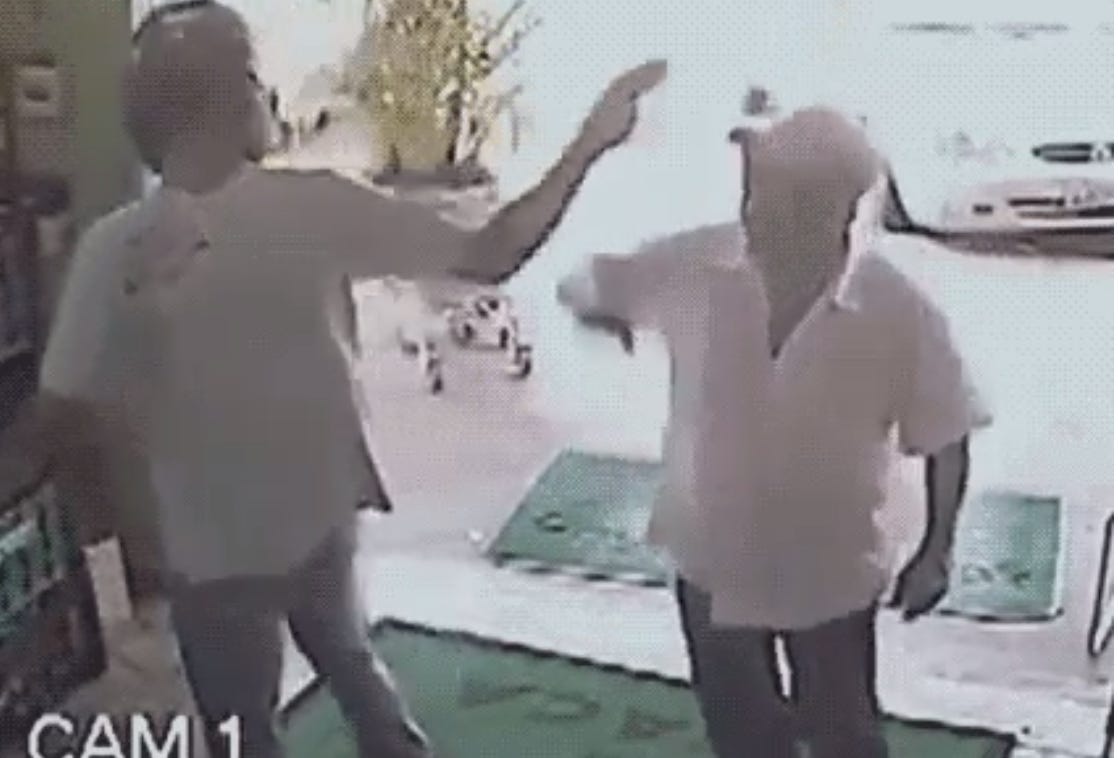 This proves the old adage that I’d rather have a gun to my head than go grocery shopping. Waiting in line to get stupid ass peas and broccoli? No thank you. I’d rather you just pull the damn trigger and be done with it. I wish there was an interview with this dude. What happens during your day that you remain wholly unconcerned with a gun being pressed into your grape? I gotta know.

Talk about getting cucked, though. (we still saying cuck around here? Are we cucked out?) Putting a gun to a dude’s head and having him brush you off like you are just a common field fly is disheartening, to say the least. You’ll never be a respected armed robber if you let that kinda shit go. You have to fire off a warning shot at the bare minimum.

Anyway, shooters shoot and cucks get cucked. My pal in the bike helmet is a cuck through and through. Sad.