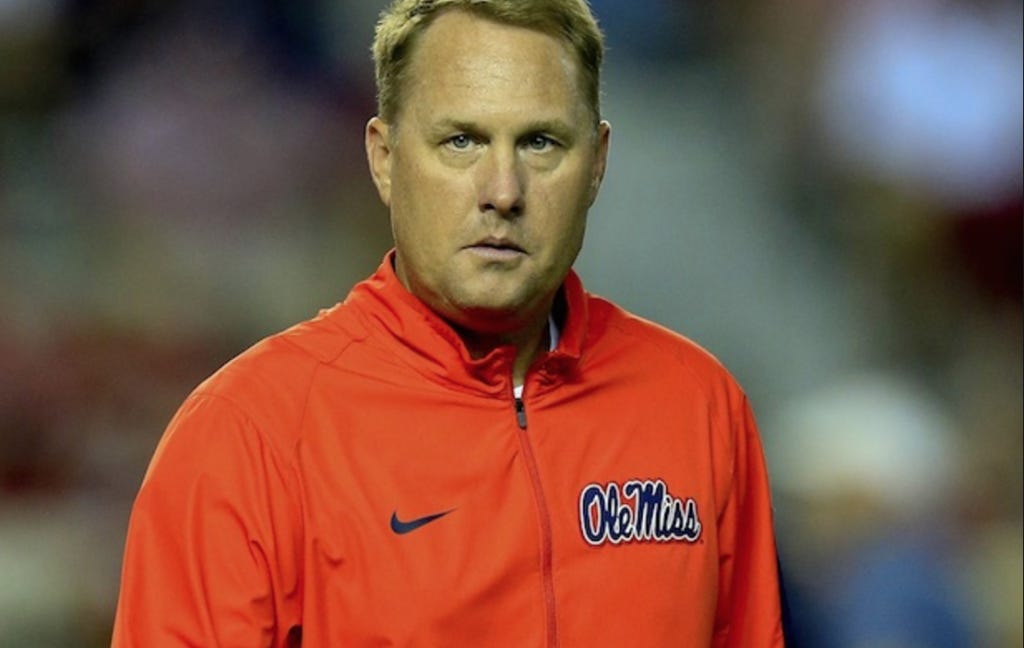 The ramifications, both potential and real, are about to be fully felt. The university, which received a notice of allegations from the NCAA Wednesday morning, announced it has self-imposed a one-year bowl ban for the 2017 season, coach Hugh Freeze has been charged with violating his responsibility legislation and that the university was charged with lack of institutional control.

“This charge replaces the more limited failure to monitor charge in the January 2016 Notice of Allegations,” Ross Bjork, Ole Miss’ athletic director, said of the lack of institutional control allegation. “This is charged as a Level I violation that we will contest.”

Now there are 21 football allegations, eight are new and one previous allegation has been expanded. None of the new allegations stem from the NFL draft night fiasco with former offensive lineman Laremy Tunsil, who last April admitted to taking money from Ole Miss coaches.

So the big news that came out last night came from Oxford where Ole Miss self imposed a bowl ban for the upcoming 2017 season, but the new list of allegations just came out and some are flat out ridiculous.

Paying A Recruit Over $13,000 Cash And The Recruit Didn’t Choose Ole Miss

We’ll start with a juicy one where a recruit took between $13,000 and $15,600 from boosters and simply chose another school. Pretty savage move to just rake in 13k in cash and just go somewhere else. The NCAA probably came in their pants when they found out about this violation. Wouldn’t be surprised if they killed this kid.

Players were told to leave answers blank if they weren’t sure of the right answer so it could be filled in later. Pretty genius move if you ask me, don’t see anything wrong here.

$800!!!!! Off with his head! I really hope Ben Stiller delivered it in a briefcase and made it all official.

Six Recruits Were Given Money To Travel To Class

People look down on NCAA athletes for not going to class, having people take their classes for them, and professors allegedly grading on an easier scale so these guys can play on Saturdays. So when we give them money for transportation to actually attend classes the NCAA comes down with the hammer! Not hypocritical or anything…

This one makes the most sense of any. I mean when I have a friend crash on my couch after a long night out I’ll hit him with a venmo request for like $20. If I ever trick a girl to doing so it’s $10 so I see where the NCAA is coming from here. The audacity of this player to think it was okay to sleep on an assistant’s couch free of charge is preposterous. Make him sleep in his car if he can’t afford it. Oh he doesn’t have a car? Hmm…

I’d love to know how the NCAA found out about this. Some secretary who lives for following the rulebook definitely snitched hardcore here. In my high school the secretaries were there own cult. Those women would go to bat for each other and throw anyone else under the bus if shit went south.

A Recruit Went Hunting On A Booster’s Private Land

Can’t be hunting on another man’s property. Shocked the NCAA didn’t turn the private land into a Hunger Games type situation as punishment. What an outlandish idea by this booster to think this was okay. You’re below the legal drinking age and live in Mississippi, what else are you supposed to do to pass the time.

In total we have 21 violations against Ole Miss. The ones I listed above are the funny ones, but there are some serious ones like “lack of institutional control” which basically says known of you guys knew what the fuck was going on. Ole Miss already self-imposed a ban for this coming season, but there could be more penalties coming if the NCAA chooses that route. Ole Miss will contest a handful of these penalties and have 90 days to do so starting now. It’s possible the bowl ban extends to two years, but for now we’ll just have to wait and see. It’ll be interesting to see if the NCAA allows anyone to transfer from the school and if so will quarterback phenom Shea Patterson leave? Hugh Freeze has to be fired right?

P.S. Bo Wallace is pissed at rumors of the Nkemdiche family getting a boat load of money over the years