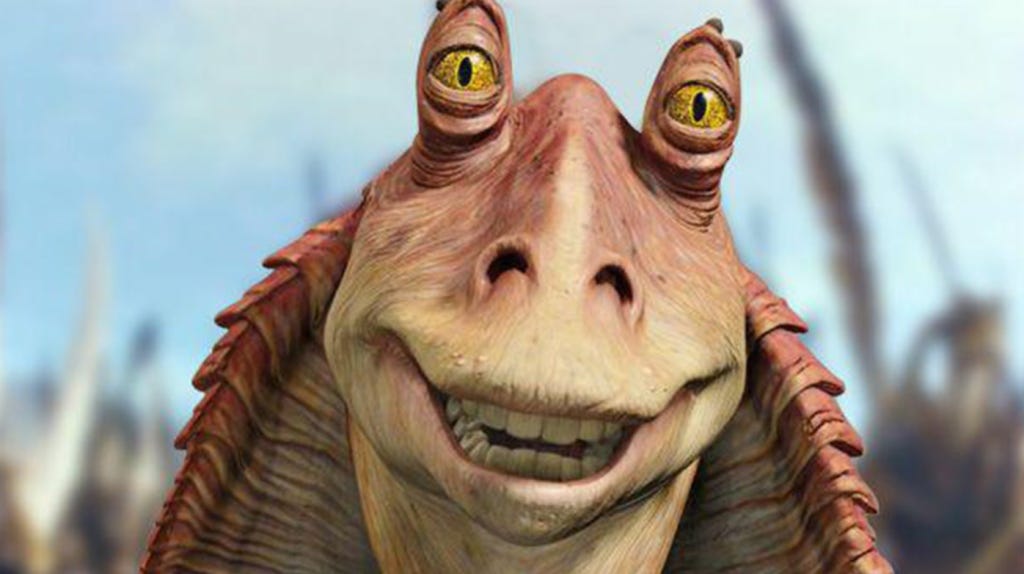 Warning: I know you thought this was Barstool SPORTS, but we also have to cover the other big news in the world, and there’s no bigger news this week than the fate of Jar Jar Binks finally being revealed. Let me preface it with a little backstory.

When Disney bought Lucasfilm in 2012, they decided all of the “Expanded Universe” stuff prior to the purchase was non-canon. I understand that some of you guys actually have social lives, so here’s what that means:

The Star Wars Expanded Universe included all the books, comics, video games, etc. that “expanded” on the movies. For as big a Star Wars guy as I am, I never really dabbled in the EU because most of it was dumb as fuck. People were bringing in robots with the force and werewolves and vampires and shit. There was even a Jabba the Hutt looking motherfucker that was a Jedi or something. I don’t know. 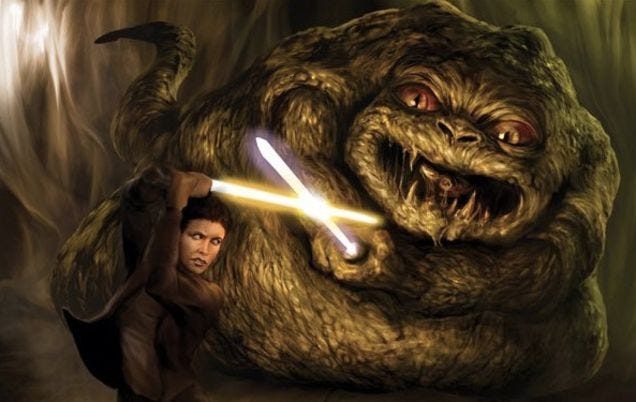 Disney basically said fuck that noise, wiped all of it, and started from scratch. This week, Disney released a book to fill in the gap between Return of the Jedi and The Force Awakens, and divulged us in what came of our most hated gungan.

According to Mashable, a child refugee has a run-in with Jar Jar, who now spends his time street performing for children while adults ignore his existence. Here’s Mashable directly:

“Jar Jar makin some uh-oh mistakens,” the Gungan says, explaining why he isn’t wanted anywhere either. “Desa hisen Naboo tink I help the uh-oh Empire.” He stares into the distance, suggesting he knows more than he’s saying.

HAHAHAHAHA. Oh my god. Hold on. I have to catch my breath. Jesus christ.

That’s the most dramatic shit I’ve ever read right there. The sharp contrast between Jar Jar’s preposterous baby talk and “He stares into the distance, suggesting he knows more than he’s saying.” is laugh out loud funny. Not to mention the depressing life he’s living as a clown for children, who adults don’t give a fuck about after being banished from his home. Disney’s just fingerbanging the fourth wall at this point. They could have mentioned in passing that he died, or actually given him a brutal death, but instead, they’re making this fictional character fictionally suffer. Couldn’t love the move more if I tried. Fuck you Jar Jar Binks. Long live Disney.