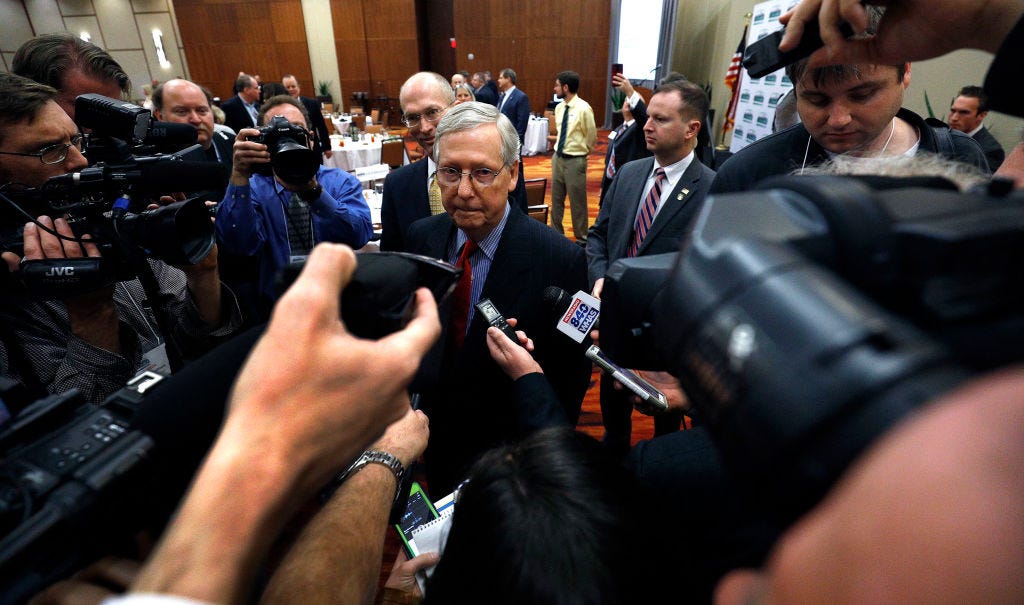 Many Congressional members have returned to their home districts during a Congressional Recess. While there, they’re holding town halls; thus, at those town halls, their constituents are getting their first opportunities to speak up since Donnie took office.

This is how that’s going.

It's not just #CottonTownHall. Town halls across the country are erupting as constituents hold their reps accountable: pic.twitter.com/23ulGxfHY8

DO YOUR JOB, more reps pissig off constituents at town halls pic.twitter.com/6zfIqgwpZE

#NoDaysOff here it is! you're telling me you're 100% sure he's not a robot?! he was just stuck in a loop pic.twitter.com/tICqwe5azp

Crowd at @BillCassidy's townhall is getting worked up and he's not even here yet pic.twitter.com/xatOytE3nq

Sen. Ernst chickens out of her Iowa town hall early. Her constituents tell her she works for them and this will be her last term. #democracy pic.twitter.com/XmZswWX45I

Mitch McConnell getting yelled at by a constituent deserved the perfect musical accompaniment. (By @MattBinder) pic.twitter.com/Dbc9pdh0n5

Inside the most memorable GOP town hall moments https://t.co/m0o24r9IPo pic.twitter.com/BgkU5K2bei

Notably, both Robert Gibbs in 2009 and Sean Spicer in 2017 have cited “manufactured” anger at town halls.

And this Michael Tracey dude always finds a way to pushback at the outrage machine.

These Democratic town halls in San Diego have been 99% white. That's not a criticism, but I know it'd be pointed out at a right-wing event. pic.twitter.com/owtqbFT3ID

Not a terrible point. And not wildly uncommon for constituents to be upset with their representation, especially in the rocky period following a transition of power, but interesting nonetheless.