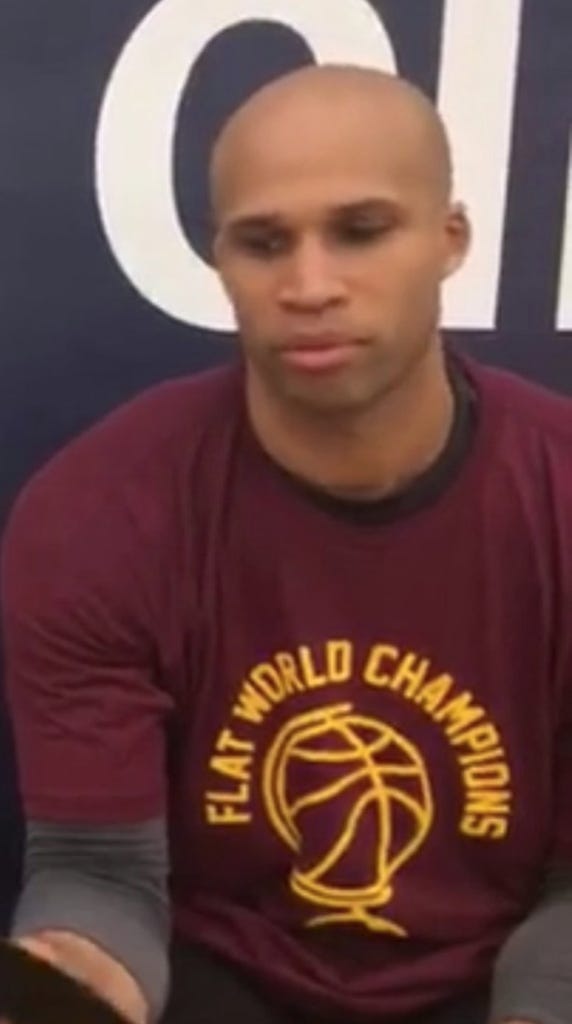 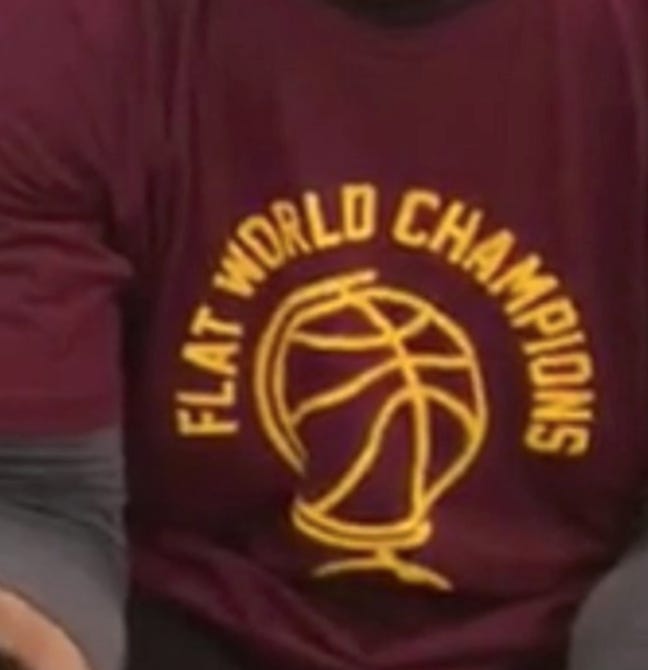 I fucking love it. First, that’s just a great shirt design. Props to whoever made that. But second, as I discussed a little yesterday, I’m all aboard the entire NBA being flat earth truthers. It’s the funniest phenomenon in years, how all these NBA guys (and AJ Styles) are coming out of the woodwork and saying that the Earth very well might be flat.

Believing that the Earth is flat and the government only wants you to believe it’s a sphere that rotates on an axis is one of the more ridiculous things you can believe as far as conspiracy theories go, which is why it makes it so much better. Like I understand being woke about wars, the JFK assassination, things of that nature. Shit, I’m pretty sure we never went to the moon. But being a flat Earth truther takes the cake, and I love every second of it.

I don’t know if RJ is mocking Kyrie or joining forces, could be either, could be he’s putting up a front that he’s mocking him but he’s really leading the movement himself. I wouldn’t put anything by this new crop of wokers. So for that reason…Richard Jefferson…..