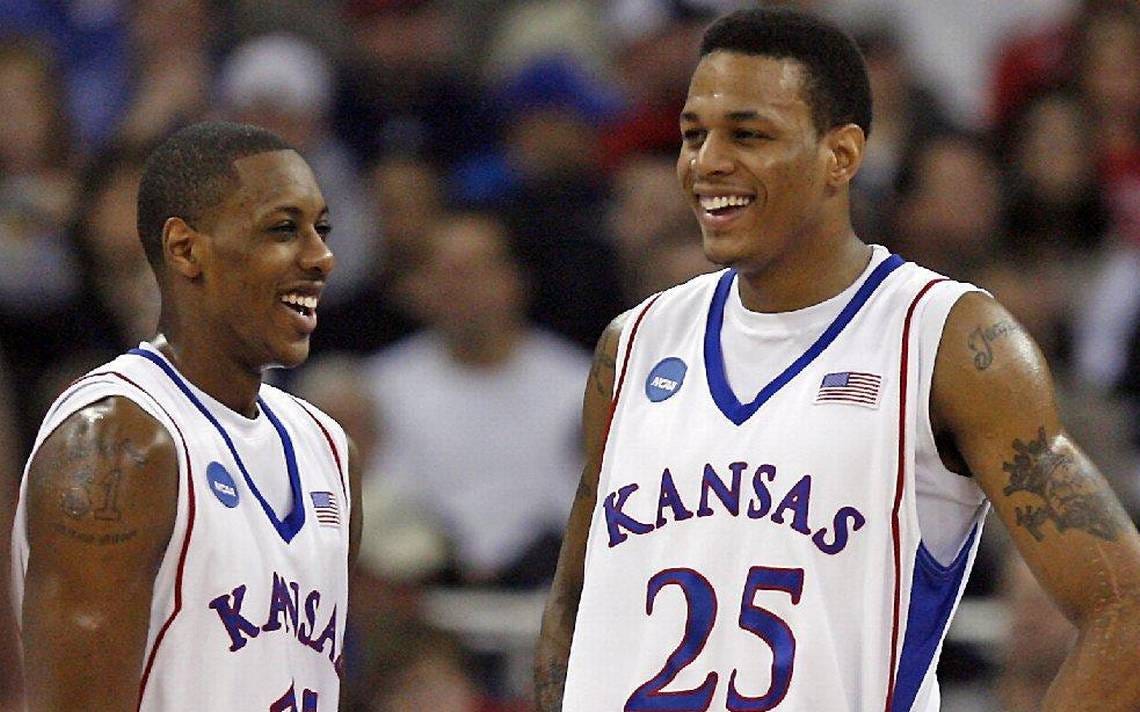 There’s something so perfect about this story that I can’t stop laughing. I’m picturing a hungover Brandon Rush standing there before practice, debating on what lie to tell Bill Self about getting in before curfew then just going thinking, fuck it, club was that good. Anyone that’s been around college basketball programs – especially huge ones like Kansas, know that coaches have ears and eyes at every spot around campus, so Self would have figured it out anyways – it’s just better that Rush dropped the club line.

The reason Self is talking about this now is the fact Rush had his jersey retired last night at Kansas, which is a pretty remarkable feat considering who played there. He was Freshman of the Year in the Big 12 and the first freshman ever named first team All-Big 12. He was also part of the 2008 National Championship team, where he won Big 12 Tournament MOP and dropped 25 points against North Carolina in the Final Four.

Just like you don’t leave a table on a heater, you never leave the club when it’s cracking.