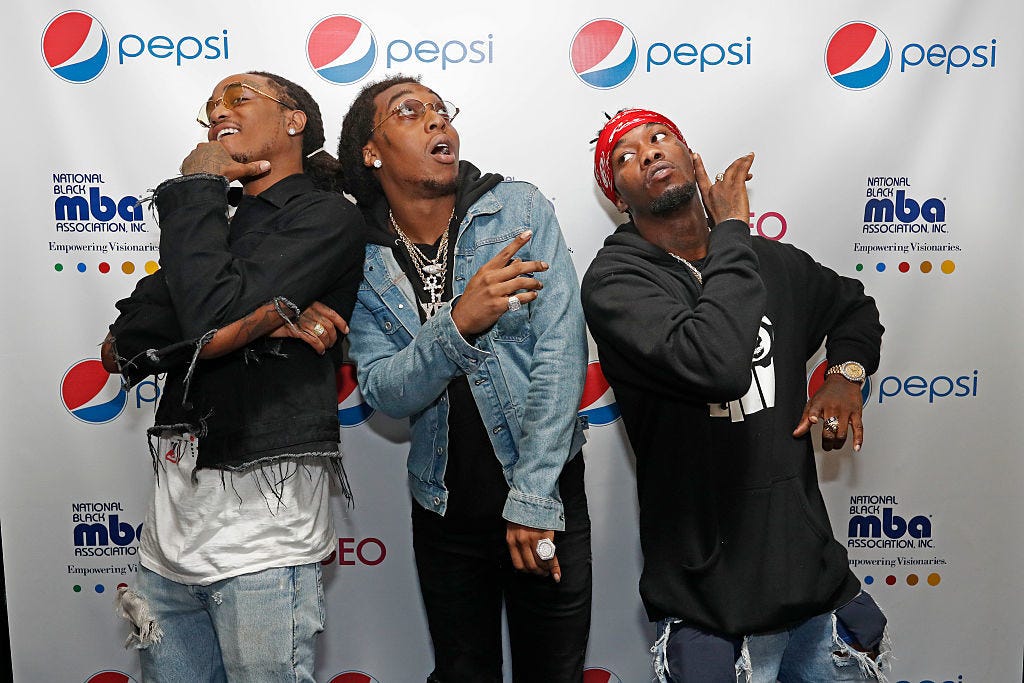 TMZ – Sean Kingston was cuffed by Vegas cops shortly after he was allegedly beaten up bad by Migos.

Law enforcement sources tell us it went down late afternoon at the Sands Expo and Convention Center in Vegas. We’re told Kingston and the guys from Migos got into it over an argument involving Soulja Boy and the 3 members of Migos beat Sean badly, allegedly kicking him and stomping on his head.

Sean bolted from the scene, as did Migos. The video (above) shows cops questioning Sean and a passenger after cops stopped his car. We’re told he was questioned but not arrested.

We’re told police want to speak with Migos, but they are quick to add members of the group are not “wanted” by cops.

Even weirder, here’s a video TMZ got of the Migos dudes palling around with Sean Kingston just a few hours earlier:

Based on how chill they were, odds that the fight was over gambling or a woman are now off the table.

But overall this is why I love Migos, long before “Bad and Boujee” and its rain drop/drop top line infiltrated pop culture (they are the theme song of Swipe Drunk Love for a reason). I like my rappers with some street cred and in a world where you’ve got the Drake types acting tough when they’re more a lover and a fighter, you give me dudes like Migos or 21 Savage who aren’t afraid to stomp a dude’s head in and can also put together a catchy hook over a well-produced beat and I’m in every single time. The authenticity translates to the music, I’d swear by it. I hope that Migos never get too big or famous to not stomp a husky reggae dude’s head in when the situation calls for it regardless of how that could affect their careers, finances, or lives. That’s all I ask.

Also how hilarious is it that Migos went from performing on Ellen with the whitest crowd dancing imaginable to stomping the shit out of another musical act a couple of hours later? There’s some cognitive dissonance there perhaps but I prefer to see it as Quavo, Takeoff, and Offset being modern day renaissance men. Bring them to your mom to dance around like Ellen then if you need to curb stomp a dude for money from stealing from the trap house at night, they’re there too. Find you a rap group who can do both.