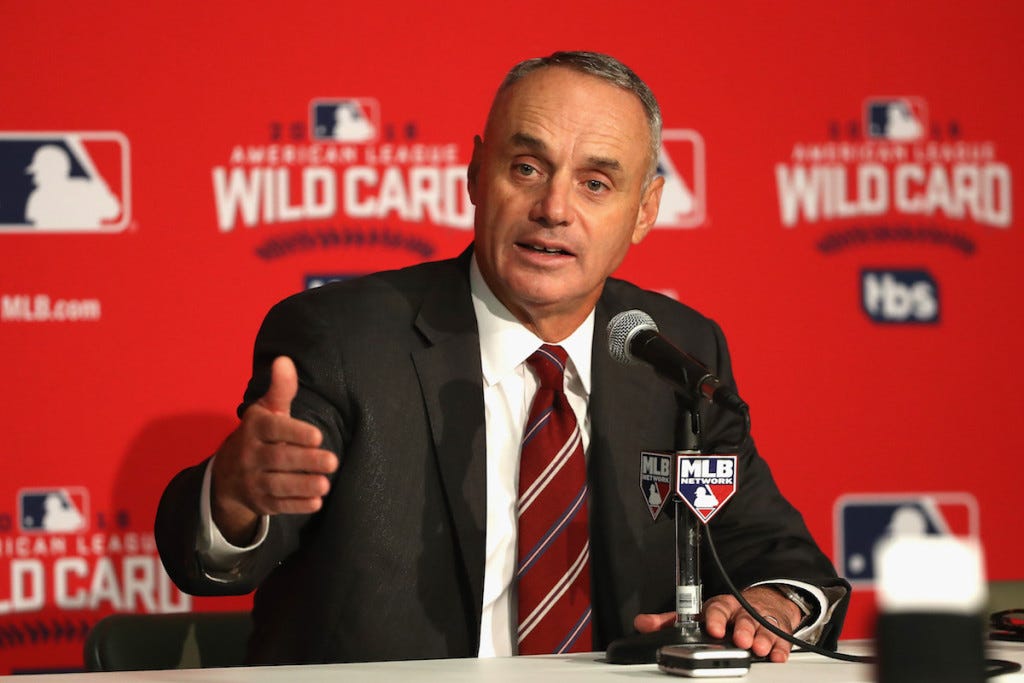 Listen, I’m not gonna sit here and lose my shit over this rule change. The knee jerk reactions on Twitter last night when the news broke were borderline embarrassing, like somehow the game is ruined forever because the intentional walk got changed to a signal from the dugout instead of four pitches intentionally thrown outside of the strike zone. Do I think it’s stupid? Absolutely. But, it’s not the end of the world, nor is it a rule change that’s going to make a significant impact on the pace of play. How much time are we actually saving by eliminating intentional walks?

Here’s the extent of my research. I don’t care enough to spend the hours upon hours to figure out an average length of time that it takes to intentionally walk somebody. They’re basically all the same, or in the same neighborhood, so I pulled a random David Ortiz intentional walk from last year, took out the stopwatch on my iPhone, and I timed it. It took 39.52 seconds to complete an intentional walk to Papi.

So, what do we gain here? MAYBE shave off 10 seconds or less of average game time year-to-year? Like some lacrosse fan who doesn’t watch baseball is going to see that and be like, “WOW! I didn’t like baseball before, but now that they’ve gotten rid of those shitty ass intentional walks, I am ALL IN, baby!” That’s not gonna happen. But in a way, I get it. The point really isn’t about average game length — it’s about eliminating a stoppage of action in the game. It makes sense. But I would argue that intentional walks CREATE action in some circumstances, although rare, that we’ll never be able to see again.

You’ve gotta figure, it looks easy to just lob four pitches to your catcher, who’s standing behind the vacated side of the batter’s box, but some of these pitchers are not what one would describe as a mental warrior. If you’re giving an intentional pass to a big bat to avoid any damage being done, the last thing you’re thinking is that damage is actually going to be done. This mindset leads to pitchers losing their focus, and accidentally getting one out over the plate to allow a base hit or worse, or firing balls to the backstop, causing runners to either advance or score. That element of the game is gone now.

Am I heartbroken about it? Nah, not really. It doesn’t happen often enough for it to be something that I’ll notice is actually missing. But when it’s brought to my attention, like right now, then yeah, it’s something that I wish the MLB would’ve just left alone.