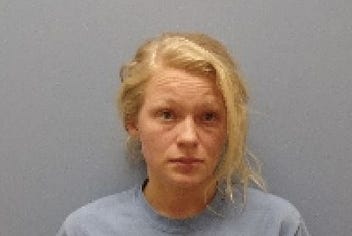 SANDUSKY — A 26-year-old former nursing home employee was charged after police say she performed a sexually provocative act involving a 100-year-old resident. The incident was recorded by another former nursing home employee, police say. Brittany L. Fultz, 26, of Marblehead, is facing a charge of gross sexual imposition. Police says the act was similar to a lap dance. The male resident has dementia, police say. Fultz was released from the Erie County Jail.  She could not be reached to comment.

First and foremost, let’s just say what’s on everyone’s mind… that’s a hard 26 right there. I know mugshots are often us at our lowest, lord knows I’ve taken part in one or four, but that’s still a tough 26. Brittany seems like a nice, outgoing gal but maybe mix in a trip to Sephora or something? I don’t know, just seems like the easiest way to stay out of prison.

Anyway, is there something that I can sign to keep future nurses out of this same predicament? Maybe like a DNR but for all the free lap dances that someone wants to hand out, you know? I mean as long as a DNR is signed with full consciousness then it’s respected, right? Well let me sign my DOMA (Dance On Me Always) right now. I don’t care how old I am, or how gone I am, or how ugly she is, if a 26 year old wants to grind her ass on my 100 year old dick then don’t charge her. That seems fair if you ask me. If I can say don’t bring me back to life then I should be able to say don’t arrest the chick giving me my first boner in a decade. Nurses jobs are to make you feel alive and like a real person, sorry if Brittany was willing to go the extra mile.