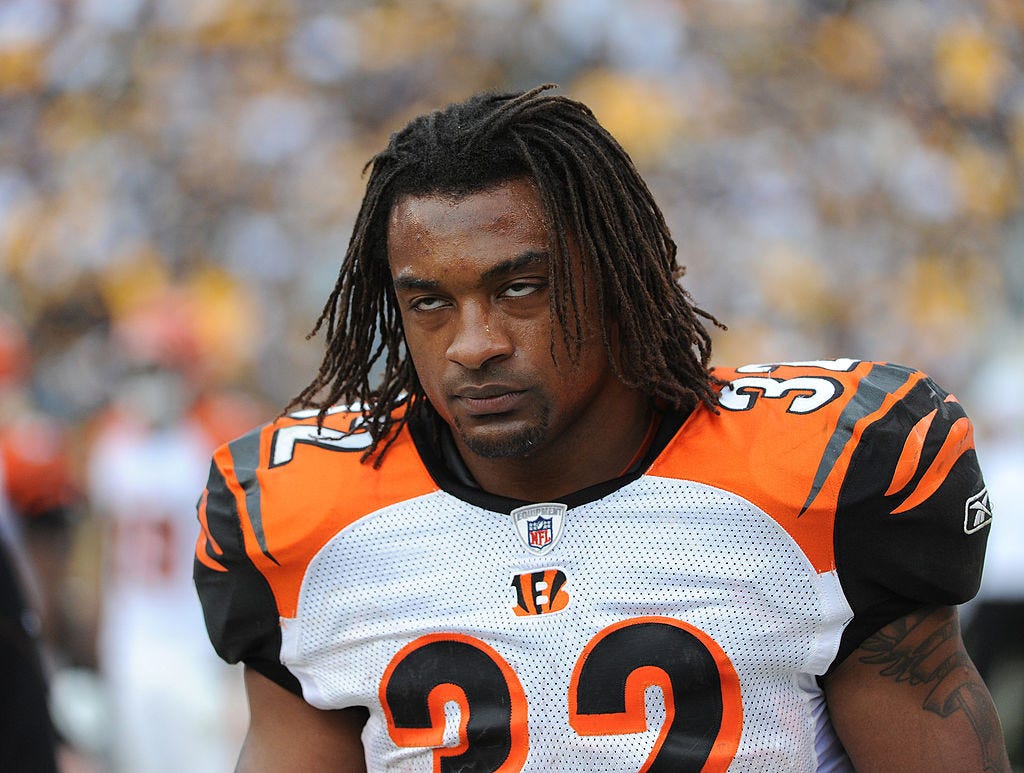 NY Post- Whether he was drunk or is feeling the effects from an eight-year NFL career, this spells trouble for Cedric Benson. The former Bears, Bengals and Packers running back, who last played a game in 2012, was charged with driving while intoxicated early Saturday in Texas.

Well I guess we have our glass half full side of playing football. Sure the glory, millions of dollars and all that comes with that stuff is grand. But what about a guy like Cedric Benson? Probably has burnt through a good chunk of his NFL cash and his name is more likely to inspire jokes about being a drunk pseudo-disappointment than respect for having an 8 year NFL career.

So instead of all that lame glory and money stuff, our boy Cedric at least has an excuse for when he is (allegedly) absolutely smashed behind the wheel and can’t recite the ABCs or 123s like he never watched Elmo or The Count on Sesame Street. He can blame football for that just like I can blame blogging for making me fat(ter). Sure Benson may have had another blemish or five on his record…

Benson was cut in 2008 by the Bears after two alcohol-related arrests in a month — one in which he was charged with boating while intoxicated, and the second for drunken driving.

In 2010, he was arrested after reportedly punching a bartender in the face; in 2011, for alleged assault of a family member; and in 2014 for public intoxication following a fight with a woman in a cab.

…but if you played in the NFL, there is a chance you have brain damage and can’t do tasks that a toddler can do. Might as well get on that CTE excuse train and make it go choo choo while the getting is good instead of taking an “oobah” home.

However, if Ced Ben gets pulled over yet again and can’t say the ABCs, there is just one thing I would like him to do for all the guys out there that can’t even leave their house because of CTE.