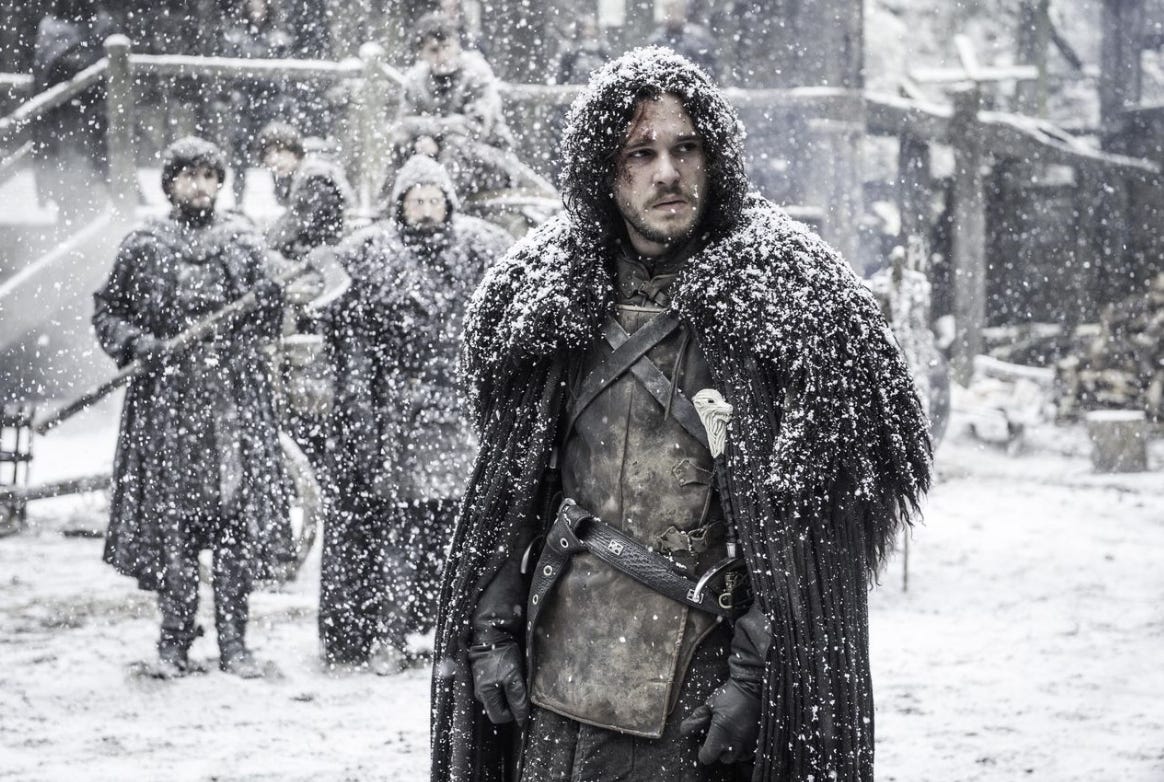 P6- Cast members of HBO monster hit “Game of Thrones” endured severe winter weather while filming in Iceland the past few weeks. Stars were said to include Kit Harington (Jon Snow), Liam Cunningham (Davos Seaworth), Joe Dempsie (Gendry), Rory McCann (Sandor “the Hound”) and Kristofer Hivju (Tormund Giantsbane). They have been shooting amid 100-mph winds and a minus 25 Centigrade (minus 13 Fahrenheit) wind chill. A source on the set said, “Daylight is scarce here [five to six hours a day]. Super jeeps are needed to bring in equipment, and much is then transported by hand .?.?. The actors are made up and dressed in hotels and driven to location 90 percent ready to shoot .?.?. Shelter is provided by ‘Russian tents’ that are anchored down, and able to be heated, and [can] withstand 100 mph winds.”

Winter has arrived, amirite? Nailed it. Listen I don’t wanna suck the dicks of these Game of Thrones people too much here. At the end of the day, they’re actors getting paid a shit ton of money to act out scenes from a book and they are beloved across the globe for it. It’s not exactly digging ditches. People aren’t dying left and right and gnawing on each others legs like the Donner Party. They’re gonna be just fine in those conditions. But still, shoutout to them for filming the show in brutal winter conditions. I want them to know that they’re appreciated. It’s an awesome show that takes over my life and the lives of MILLIONS of people when it’s on. I’ve said many times that the only reason I’m trying to keep myself alive is so I can see the end of Game of Thrones. Anything after that is icing on the cake. So thanks to the actors and crew for doing scenes in freezing temps and 100MPH winds. You the real MVPs. I mean do I still fucking hate them for pushing the premiere date back until June instead of April? Yeah I do. I’ll never not hate them for that/until the show premieres and I love it just like I always have.