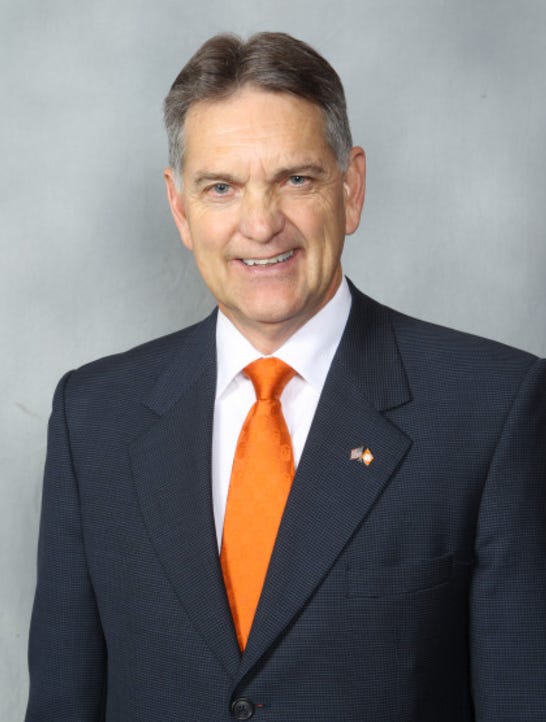 Deputies said 60-year-old Bert Henderson was reported missing from his home on East Church Road by one of his family members Monday around 3:45 p.m. K-9 teams and Anderson County Technical Rescue were called to assist at the scene through the night.

Eight search and rescue teams including over 100 people were involved with the search. Horse, and K9’s were also dispatched to assist. The search took place on land and in air.

Sheriff Chad McBride said the area where Henderson disappeared is very rural. He said the search started at Henderson’s home but had since expanded.

“Based on what we know so far and where his residence is located, we’ve just kind of gridded off the properties around there,” Sheriff McBride said. “It’s a very rural area. We’re just trying to take it one layer at a time.”

Henderson is the associate athletic director of planned giving at Clemson University. He joined Clemson as an athletic trainer in 1978.

Horrible situation for sure as Bert Henderson simply disappeared yesterday and was just found dead. He did not show up to work Monday morning, was unable to reach by his cell phone yesterday and wasn’t found at home. The area he went missing was in a very rural spot of South Carolina so it makes sense it took a few days to find his body. From all accounts Bert was a great guy around Clemson athletics and always was upbeat putting a smile on 24/7. So sad, and my heart goes out to his two daughters who just lost their mother a few days after Thanksgiving. Just an impossible situation to deal go through. The cause of death obviously is not known, but I’m sure details will soon come out. Thoughts and prayers to Bert’s family during this tough time.

P.S.  Saban has to instantly become a person of interest