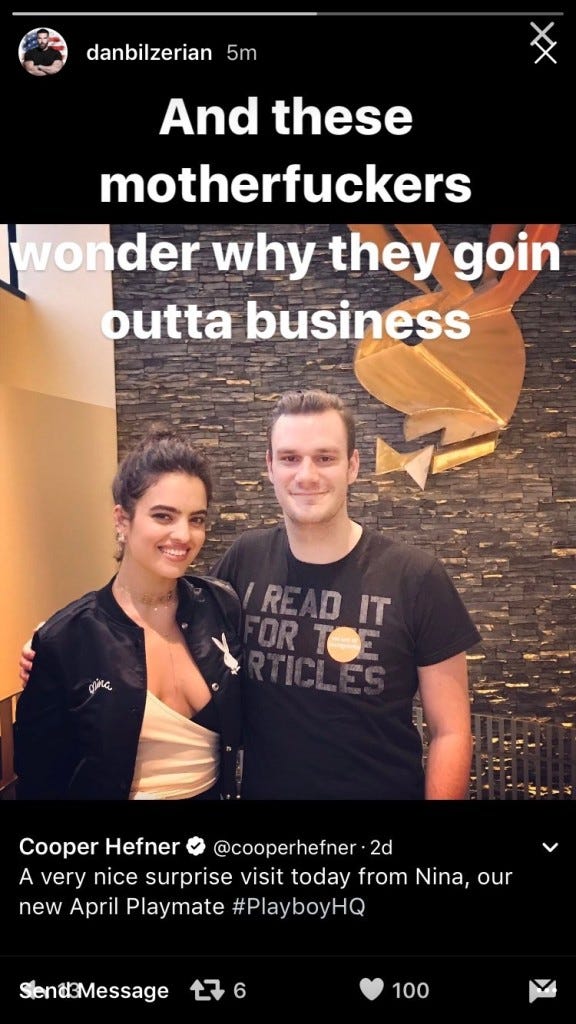 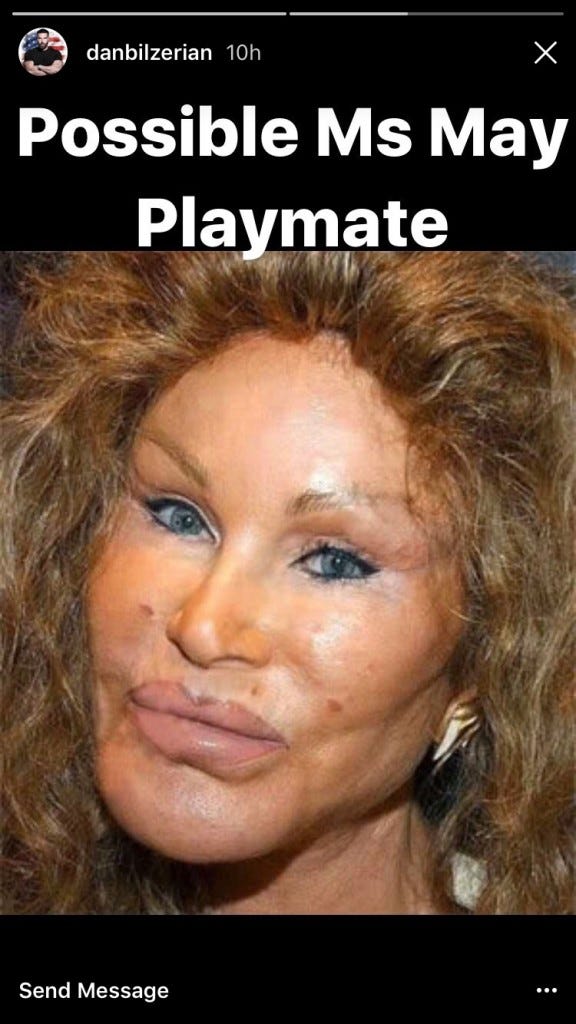 It was rumored a few months ago after Hef’s son Cooper seized creative control of Playboy and Playboy said the nudes were coming back…and it sounds like not rave reviews so far as they try with all their might to save themselves from irrelevance. I mean don’t get me wrong, Bilzerian seems kinda like a dickhead here judging some chick so harshly for a behind-the-scenes photo given how he has a rep for treating women more like professional whores than people. But you can sort of see the judgment compared to the overly airbrushed chicks that Playboy and now Instagram have been known for over the years, it’s definitely a different look than you’d expect compared to the Playboy you, me, and Dan Bilzerian grew up with.

But at the same time…I kind of admire that approach by Playboy. I think they’ve been run really shittily for years and years and the fact they’re using chicks like this Nina Daniele now seems like another thing to point to as why they’re fucking up. Here’s a slightly NSFW video of her:

And here are some of the NSFW photos. Is she a 10? Not quite to me. But she’s a real chick with a solid body getting naked in a tasteful photoshoot. In a world where you can see chicks about as close to naked as can be on Instagram or open Snapchat and see some chick offering tits up on the Barstool Smokeshows account within seconds, there’s something interesting to the approach of having just a kinda sexy but completely achievable chick naked in the magazine. They’re zigging when the rest of the world is zagging. I mean I love Kylie Jenner about as much as a man over 30 should love a 20-year-old famewhore from afar but with the amount of work she’s likely had done, she’s basically a living human Photoshop. That’s the world now.

Playboy throwing real chicks out there is a smart move and a step in the right direction. Expecting to make money as a magazine with nudity in 2017…still probably not. But dammit if I don’t respect them going down with the ship.