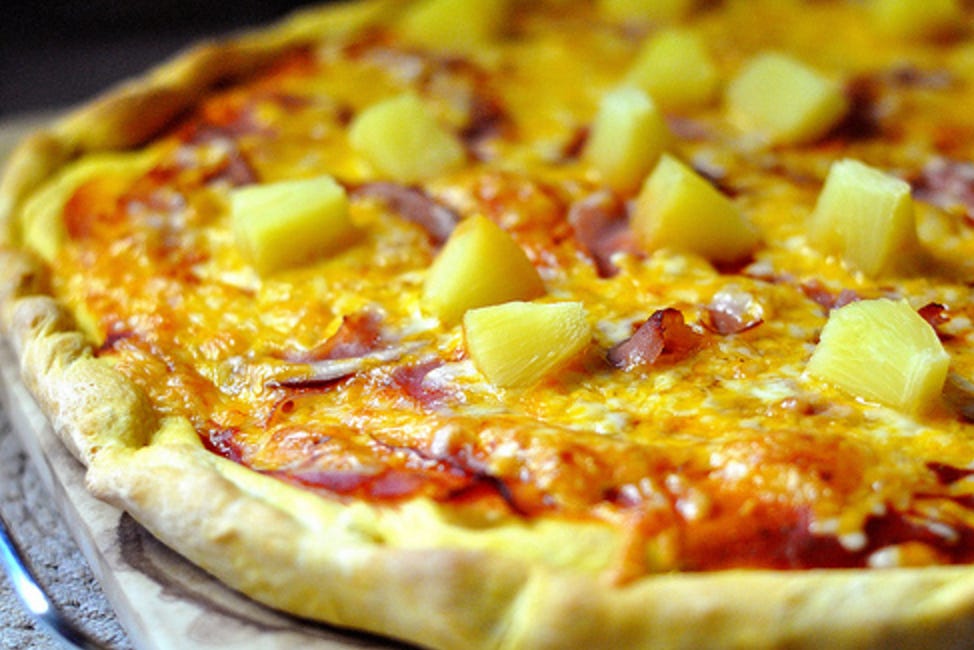 Iceland Magazine- The president of Iceland, Guðni Th. Jóhannesson, threw a political bombshell into one of the national conversation today when he took sides in one of the more contentious debates of our times: The “pineapple as a pizza topping” debate. Today Guðni visited a high school in the town of Akureyri in North Iceland. He was then asked about his opinion about pineapples as a pizza topping. Guðni answered that he was fundamentally opposed to putting pineapple on top of a pizza. Then he went one step further, announcing that he would pass a ban on pineapple as a pizza topping if he had the power to pass laws on his own.

Now this is a law I can get behind. Pizza toppings are a sacred thing. Cheese pizza can obviously be splendid on its own, but toppings can elevate any pizza to another level. The first rule about the Pizza Toppings Club (PTC, I’m president, nbd) is no fruit. Pizza is special in a way that it features greasy and gooey cheese to go along with wonderful sauce on top of dough. Whoever spent years in the lab developing this perfect food should have a monument in Washington. There is nothing healthy about it and pineapples shouldn’t be interjecting on our turf.

So it would be nice if Trump focused on things like pizza toppings instead of whatever he decides to Tweet about today. Banning a pizza topping that no one likes would be a great bomb to drop. Like imagine if he was like “Anchovies are disgusting and we cannot have FAKE PIZZA PLACES continuing to assault us with them. BANNED!” The people would surely get back behind him. I guarantee Trump’s approval rating would skyrocket if the American people never saw anchovy again.

PS: As much as I’m not a “fruit on the pizza guy” a Hawaiian slice every here and there can get my tastebuds all hopped up and going.