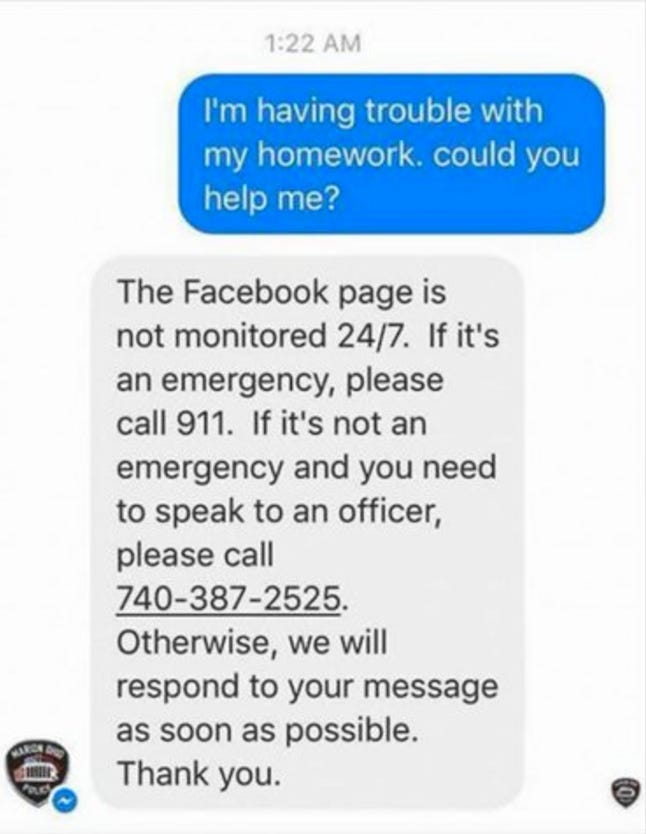 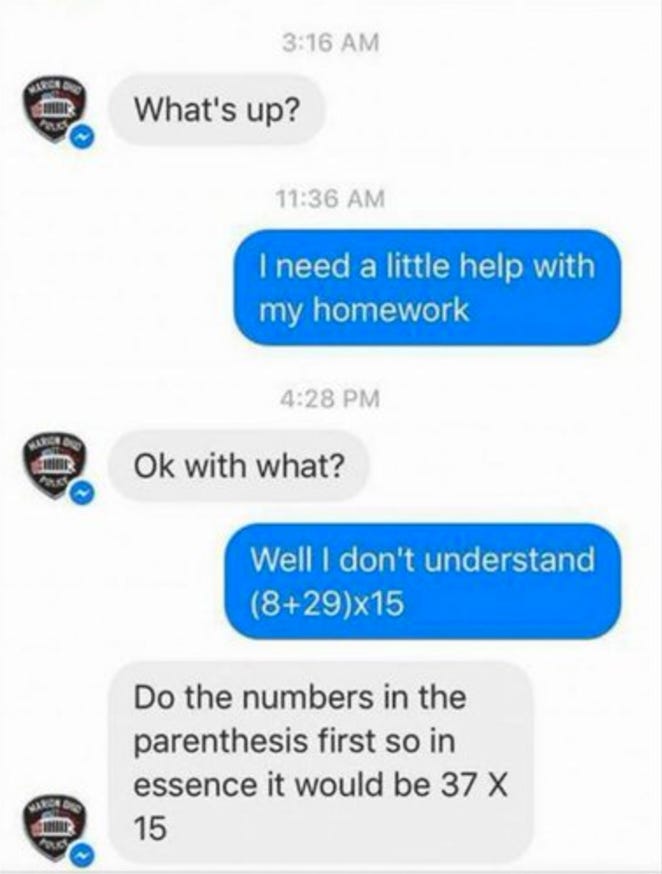 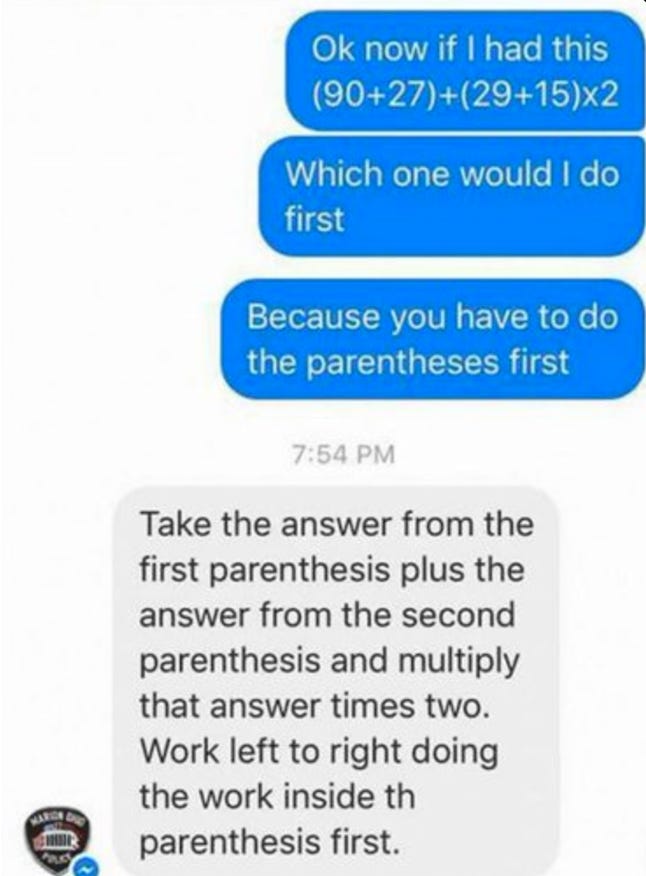 I’ll be honest I looked at these texts several times and had no clue wtf was wrong until Lena’s mother’s hardo friend here pointed it out.

Though the department went above and beyond its duties, in a math faux pas, the answer given to Lena ended up being incorrect, as pointed out by a friend of Lena’s mother. (The correct answer is to add the numbers in the second parentheses and multiply only that by 2, then add it to the numbers in the first parentheses.)

Risky move from the police social media guy. Better have your math 100% locked down if you’re going to be problem solving for 5th graders on Facebook DMs. There’s no shot 5th grade Lena here trusts an authority figure ever again. No chance she grows up like a normal girl. She’s fucked and it’s all the Ohio police’s fault. I mean here you are in 5th grade and you go to the police for a little order of operations help and they’re dead wrong. Blatantly wrong. How do you come back from that? Well in Lena’s mind you don’t. This girl’s going to be a teenager in a few years and that’s already bad enough, but now she’s going into it with absolutely zero respect for authority figures like the police. What a fucking hurricane Lena’s going to be. Ts and Ps to her mother.

PS — Obviously wanted the Michael Scott Prince Paper math help clip but couldn’t find it so this will have to suffice.