Simply put, Vivek is one of the worst, if not THE worst, owner in sports. He’s hilariously bad. He fire Michael Malone and then brought in George Karl all of people to coach Cousins and Rajon Rondo, and he has suggested the Kings should play 4 on 5 with one guy cherry picking. He runs the team like a young Dan Snyder, but if that young Dan Snyder didn’t even understand the basics of the sport.

Which brings us to last night. The Kings offloaded one of the best players in the game for ONE first round pick and Buddy Hield. Now, to be as fair as possible, there’s a chance Hield develops into a solid NBAer. But Boogie is about to enter his prime, and they didn’t get multiple first rounders for him, or a proven player, because Vivek thinks Hield “has Steph Curry potential”.

TFW Hield is the next Steph Curry and all you had to give up was that bum ass DeMarcus Cousins: 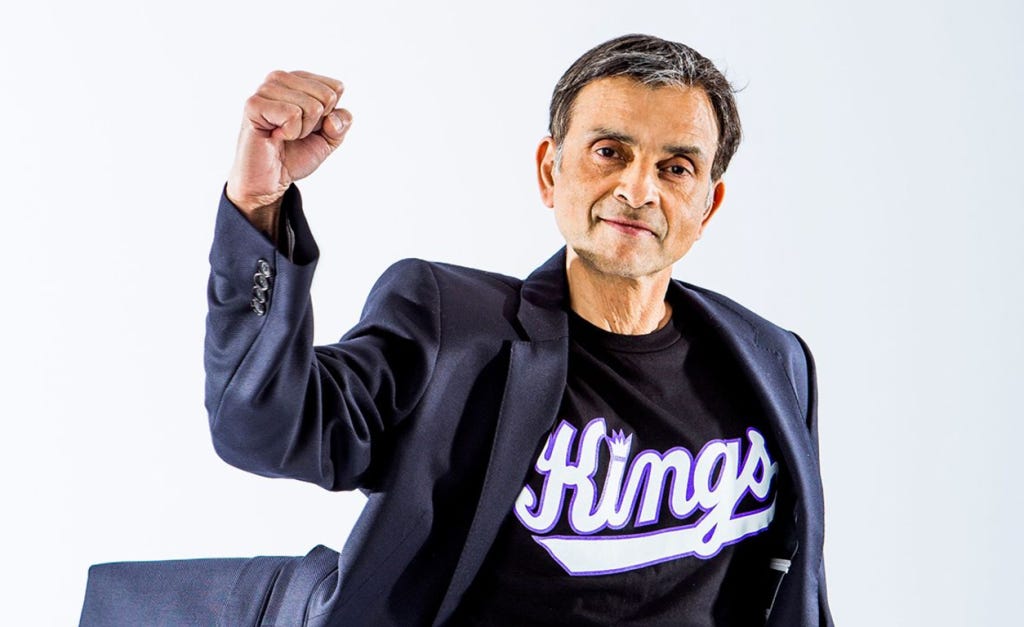 Now to be also fair to Vivek, he has a keen eye for talent. People forget a tech billionaire is more savvy in spotting talent than NBA GMs. For example, guess who this was about:

Wow, who could this NBA All Star be?

(No offense to Staustkas, who is fine and dandy in his own right)

Vivek is also completely obsessed with Monta Ellis, because he’s another guy who he wants to be Curry. It’s just so funny how he sees a guy, puts all “skill” and “evaluation” aside, and just goes for it.

So hey, good for Vivek. He made his billions, he bought his team, and now he’s playing around with them like it’s a fantasy team. Maybe he’ll learn eventually, but right now, everyone who doesn’t live in Sactown is quite enjoying what he’s doing.