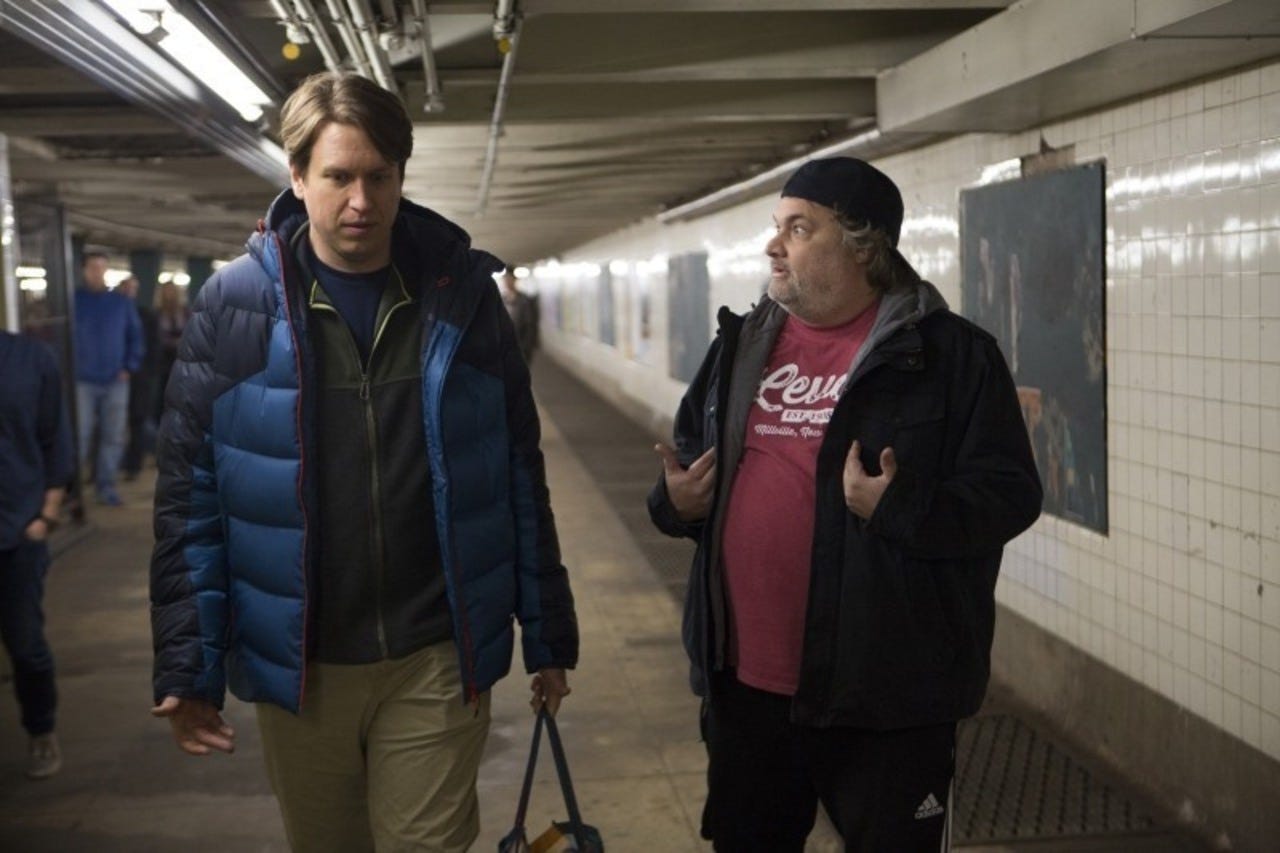 Crashing debuted last night and I kinda feel like it’s a show that has flown under the radar that a lot of Stoolies would be interested in. The Executive Producer of the show is Judd Apatow and a synopsis of it in just a sentence is that it’s about a dude who’s in his late 20’s that is trying to make it in comedy. The guy is played by Pete Holmes, who has loosely based the show off of his life.

The pilot episode, which is titled “Artie Lange” introduced us to a day in the life of Holmes’ character who is also named “Pete”. Throughout the first episode it gave us a look at just how big of a grind the New York comedy circuit is by driving into the city everyday to do a set at a club for no money in exchange for the hope that he’ll someday get a shot at working his way up to the big show. All while doing this it sets up the perspective of Petes wife who ends up cheating on him because she’s frustrated with financially supporting his Peter Pan-like dream.

Overall, I thought the episode was good and think the series has a shot at catching on. It took me a little bit to warm up to Pete Holmes, but I think he was slowly starting to get there towards the end of the episode. What originally drew me into giving the show a chance though, was the fact that Artie is co-starring in it. Being a Howard Stern guy I’m a huge Artie fan and couldn’t believe how good he was in it. He improvs a lot of stories that he’s written about in his books and it comes off very genuine in his character of giving a down on his luck comic some advice. I really hope that this is what jolts Artie back after what has been somewhat of a tumultuous stretch since 2010.

I’ve always been so interested in these stories because most of the comics we know and love today faced similar roads of having to pay a two drink minimum or some bullshit just to get stage time and make it. From Pryor to Louie all these dudes had to eat major shit before people became enamored with them and I think Crashing has done a great job portraying that so far.

Throughout the years HBO has given these types of half hour shows a short leash (ex. The Brink) but hopefully Apatow being at the helm means that it will get more of a chance.