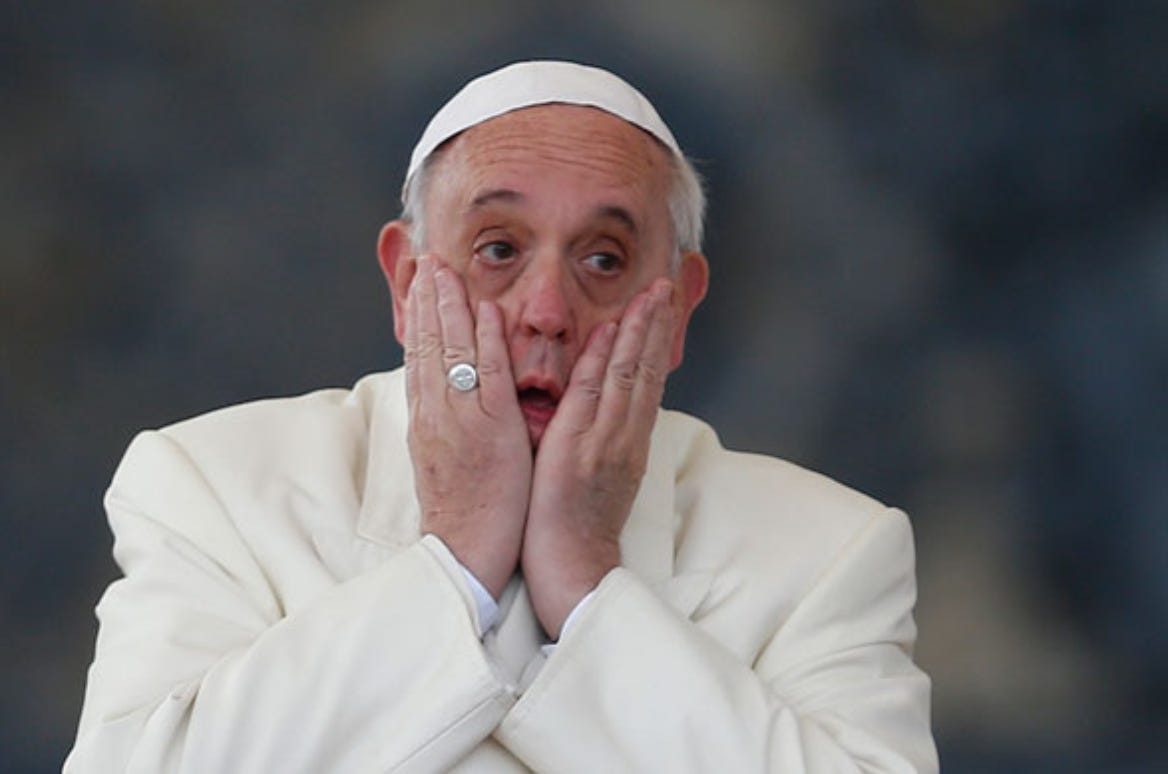 People- Pope Francis wants young people to keep their cell phones far away from the dinner table. Addressing a young crowd at a university in Rome on Friday, the 80-year-old pontiff improvised a speech warning against the dangers of dinners without dialogue and calling on young people to participate in family meals — rather than text through them. “When we’re at the table, when we are speaking to others on our telephones, it’s the start of war because there is no dialogue,” he said. The pope added that people need to work on being kinder and more polite to each other, especially in today’s society where it seems common for people to “insult” strangers.

Just chill out, Pope Francis. That’s a STRETCH right there pal. Hyperbole like these eyes have never seen before. Comments like this really damage his reputation as Cool Pope. Let me live, Francis. Staring at your phone during a meal and ignoring everyone around you is just how it goes in 2017. If you’re paying attention to the people you’re out to eat with then you’re such a loser and will soon have no friends. Cause here’s the dirty little secret that Pope Franics needs to understand: the internet is wayyyyyyyyy cooler than real life. It just is. There’s so much information and fun stuff to do on there that it’s borderline amazing anyone pays attention to anyone else in real life anymore. Have you seen all the porn that’s on there? It’s endless and fantastic. So there’s no turning back on this whole phone-at-the-dinner-table thing. Does it start wars? I don’t know the answer to that but I’m gonna say no. Wars start because of money. That’s what I’ve always been taught. Follow the money.