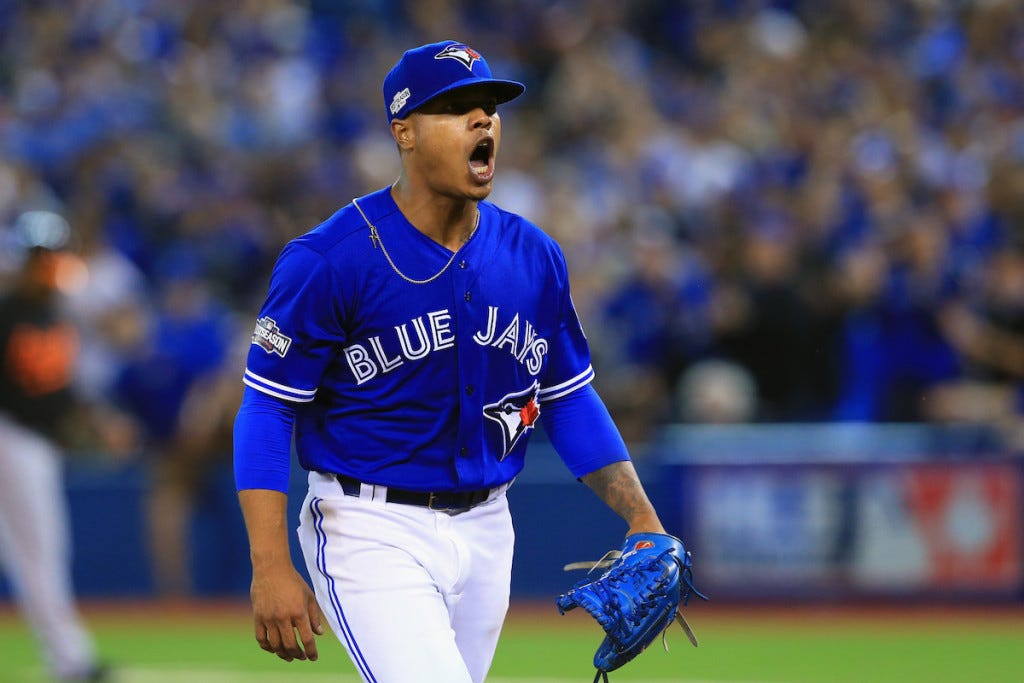 I’m not knocking the Jays’ rotation, either. They’re good. They’re better than most people will probably give them credit for. Aaron Sanchez is one of the best young pitchers in the American League, had the lowest ERA in the AL last year (3.00), and would’ve had a real good shot at the Cy Young award if the Blue Jays didn’t demote him over the summer to control his innings. 2017 will be his age-24 season, so this is a guy you’re gonna wanna keep an eye on. Beyond Sanchez, you have Marco Estrada, who was an All Star last year, and JA Happ, who won 20 games in 2016. The rotation rounds out with the proclamation-making Stroman, and Francisco Liriano.

You could also make a strong case for the Dodgers (Clayton Kershaw, Rich Hill, Kenta Maeda, Julio Urias) and the Giants (Madison Bumgarner, Johnny Cueto, Jeff Samardzija, Matt Moore) to be at or above Toronto’s level in terms of talent on paper, which is all this is. On paper, where championships are surely not won. It’s a bold statement by Stroman. I get it. He wants to come into camp and have that “Toronto Vs. The World” mentality. Nobody believes in us, shock the world, and blah, blah, blah, but if you wanna talk about the best rotations in baseball, that list does not start with the Toronto Blue Jays.