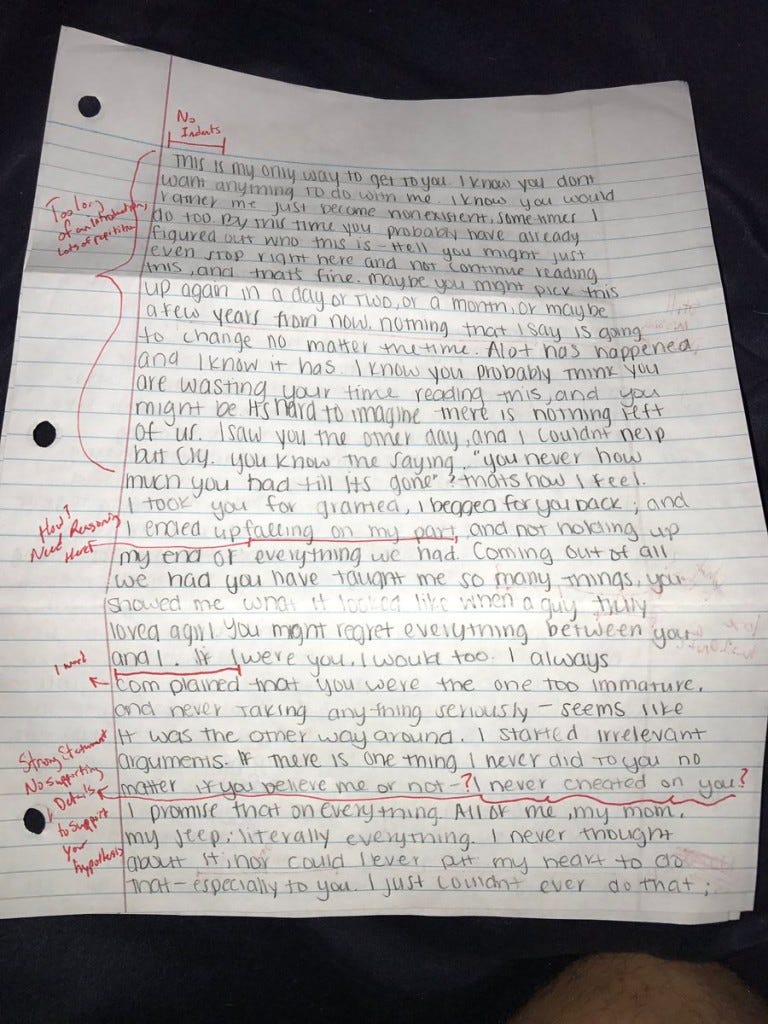 KC Star – When [Nick Lutz] received a four-page letter of apology from his ex-girlfriend, he sent it back. But first he graded it — with a red pen.

Lutz — a student at Stetson University in Florida, according to the BBC — posted his handiwork on Twitter for the world to see. People loved it — the post has been retweeted more than 100,000 times since Friday and liked more than 300,000 times. 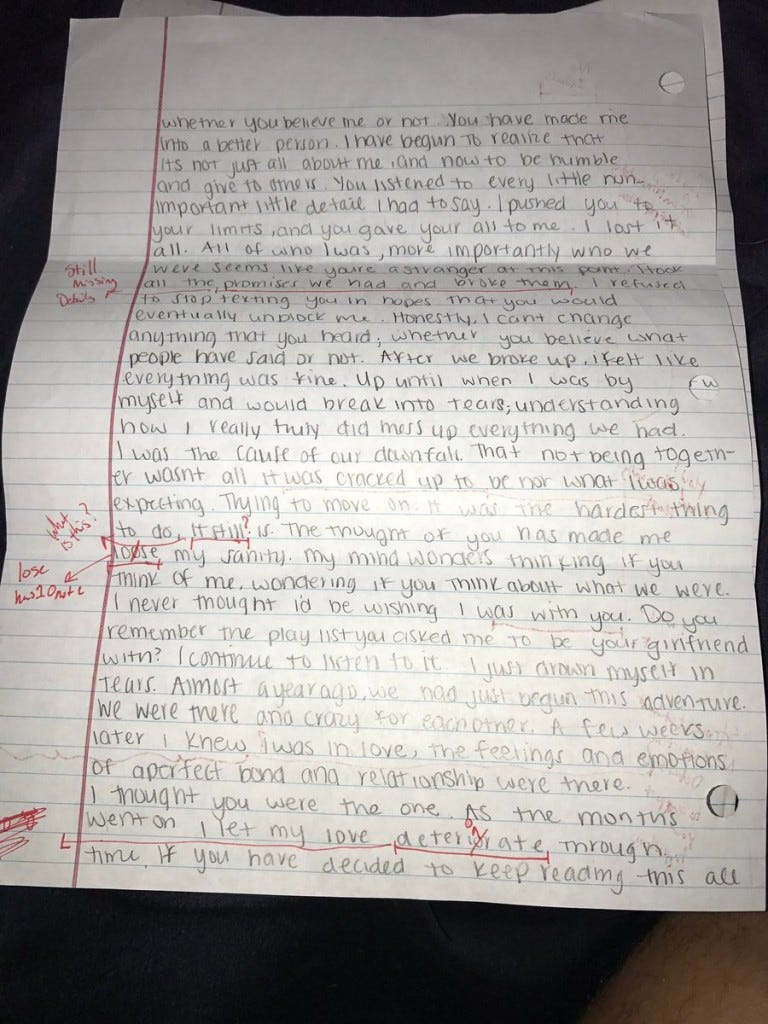 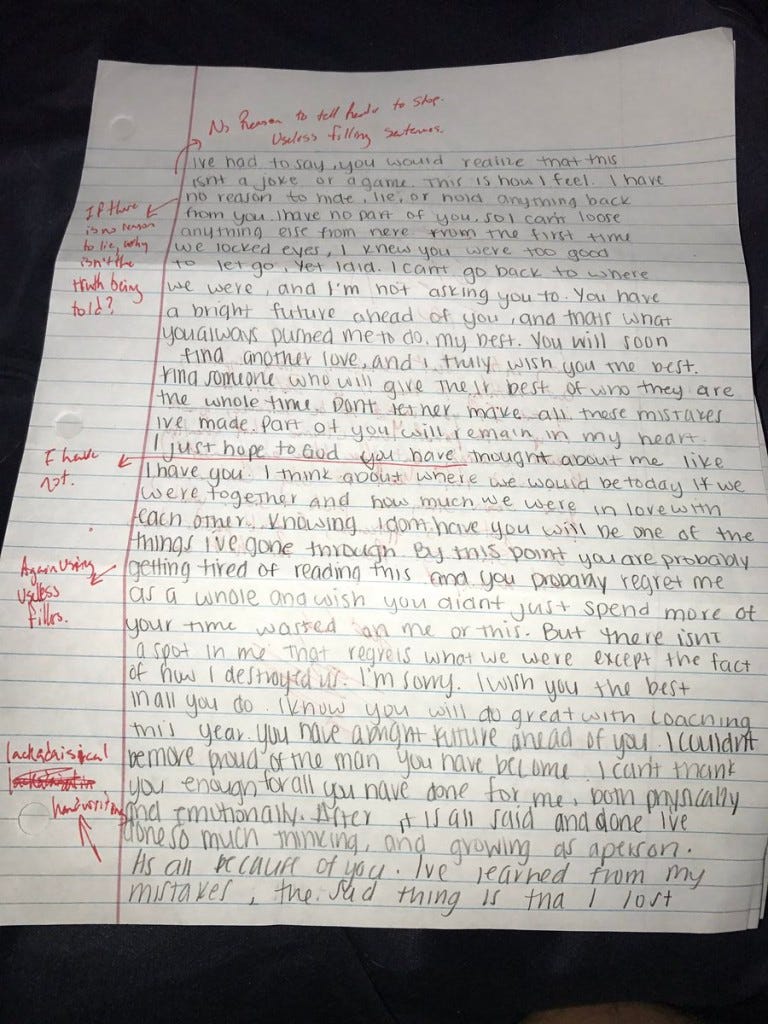 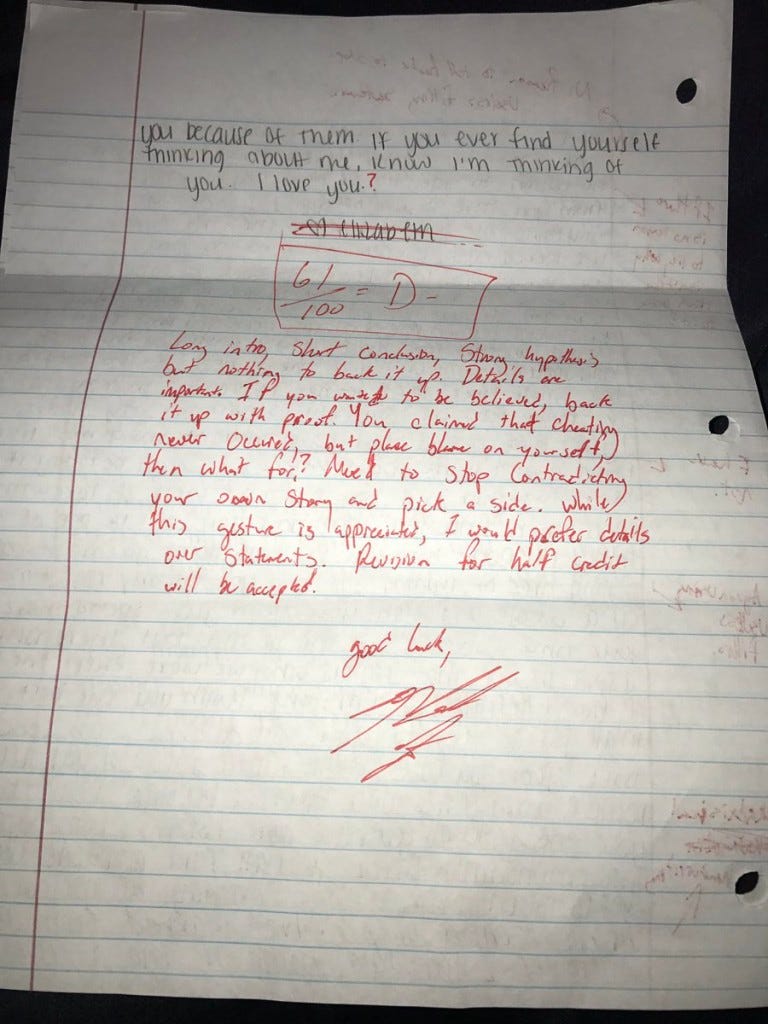 Well the good news is she passed with that D, perhaps not the first time she got a D in the time these two were dating if the overly apologetic letter is any indication. And if the guy was fucked over by this girl then sure, whatever helps him move forward and gets him some viral attention, knock yourself out. But there’s not a huge difference between this and the girls who confront a cheating boyfriend and film it to post online. It’s more of a sign of how in your head that person got and how desperate you are to come out ahead of a breakup you very clearly lost, way more effort than a person who fucked you over is actually worth. I said it on our big blowout episode of Swipe Drunk Love and some of the room disagreed but the best revenge is a live well-lived rubbed directly in someone’s face. Taking some heartfelt thing and turning it into a case of bitterly trying to show the chick up is the exact opposite of that. To each their own, still funny and all, but never let em see you sweat, that’s more my school of thought.

One thing I will give this dude complete credit for: Not quite a “Shooters Shoot” scenario but Nick’s Twitter bio is more like a well-laid trap for any girls who might have some sympathy for him and think this is a hilarious move: 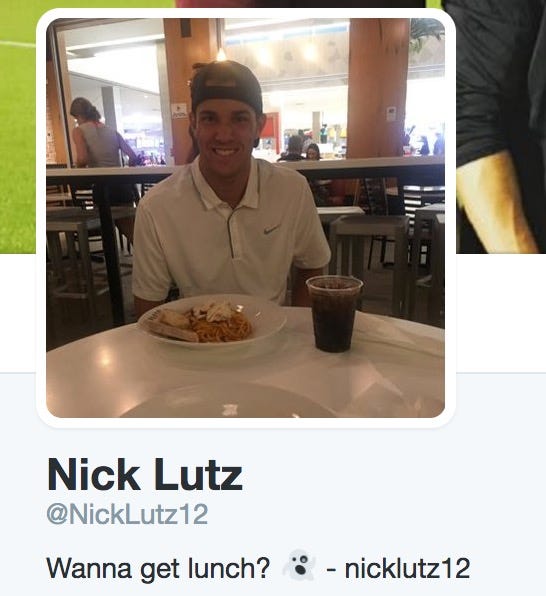 Get that Snapchat ghost out there at every opportunity, the law of averages says eventually that’s landing nips or an ass in your disappearing inbox somehow. A man’s got to heal as best he can.