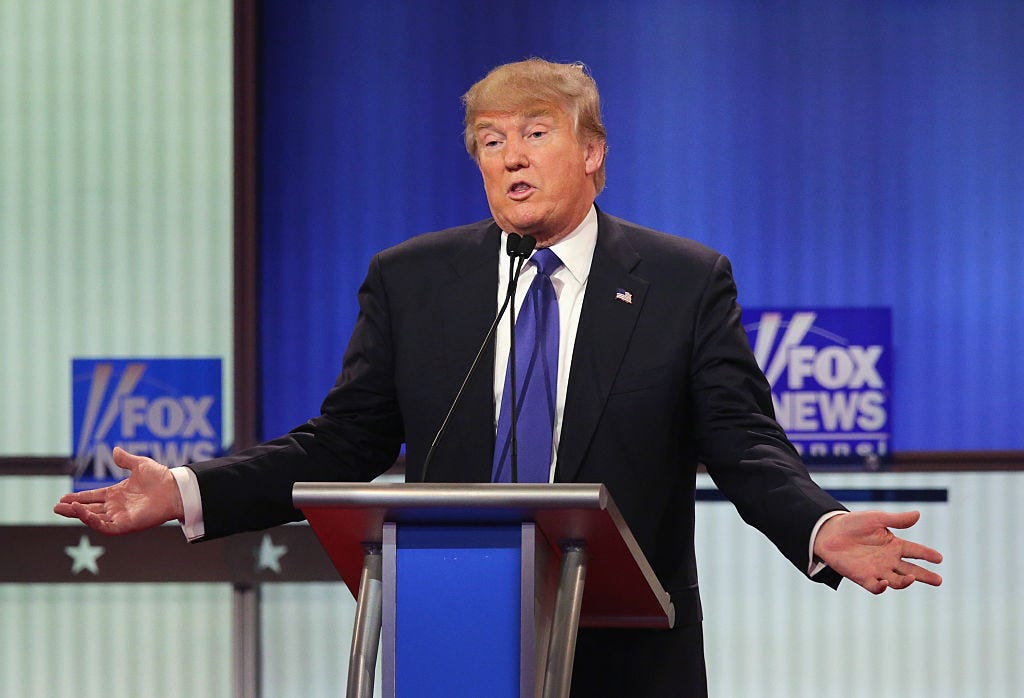 As is tradition, eventful weekend for The Donald. On Saturday morning (at a campaign-like rally in Florida despite the fact that he already won the election), Trump cited what is blatantly a non-existent Friday night terror incident in Sweden.

He then clarified Sunday what he meant. And by clarified I mean he just said “hey I was watching Fox so whatever was on there is what I meant.”

My statement as to what’s happening in Sweden was in reference to a story that was broadcast on @FoxNews concerning immigrants & Sweden.

Now, make no mistake, that Saturday morning “you look at what’s happening last night in Sweden. Sweden, who would believe this?” is 100% referencing a non-existent terror incident. He accompanied that comment with references to Brussels, Nice , and Paris, where hundreds were killed recently in infamous terror attacks, so “you look what’s happening last night in Sweden” is putting the incident (non-existent) in Sweden Friday night, Brussels, Nice and Paris all on the same level.

Friday night, Fox’s Tucker Carlson ran a segment on the rise of crime in Sweden. Fox describes it:

Friday night’s edition of “Tucker Carlson Tonight” featured an interview with documentary filmmaker Ami Horowitz about a surge in violent crime in Sweden.

Some have traced the crime increase in Sweden to a surge in the number of refugees entering from Africa, Asia and the Middle East.

So when you combine this with the fact that Trump admittedly prefers intelligence briefings just once a week, and that he willingly makes sure Fox knows he’s watching…

This is too funny… the @FoxandFriends team said on air:

Hey @realDonaldTrump, if you’re watching, turn some lights on and off!

…and it’s now official: The President is getting his information from Fox News and he’s acting upon that information. He’s using that information to make wide-sweeping statements about terror and immigrants in order to defend his controversial immigrations ban. That. Is. Wild. WILD.