Does Kristaps Porzingis have more skill than anyone else in the NBA? It’s not for me to say yes or no. But he did just face off against some of the best players the NBA has to offer in a SKILLS CONTEST and cruised to a win. And not only a win but a perfect final round. The Knicks have the NBA’s most skilled player and the Giants have the best man in the entire NFL. That’s pretty neat, don’t you think? My little Latvian unicorn is growing up right in front of my eyes and looking handsome as fuck while doing it.

Now is this my best moment as a Knicks fan in more than a decade? Perhaps. Is that sad? Definitely. But tonight was a slight silver lining to the giant cloud hanging over The Garden during the Dolan days, which looks just like the black cloud over Pride Rock during Scar’s reign. For a brief moment, I think I actually remembered what it was like to be proud as a Knicks fan. So thank you Kristaps for doing that. I don’t know if you read Barstool, but I know your evil owner probably forbids you from reaching out/becoming best friends with me. And thank you for stopping Gordon Hayward from winning tonight. He doesn’t deserve a trophy of any sort for jussssst missing that halfcourt shot against Duke and giving us the greatest basketball shot ever that would rip Duke’s fans hearts out every time it was played.

Oh yeah and don’t worry about that cold sore on your lip, Kristaps. I am sure it has NOTHING to do with the fast and loose women of Bourbon Street.

Also shout out to KP for winning this for the guys of bigger stature (both vertically and horizontally).

P.S. Hat tip to the Stoolie who put Adam Silver in the Thunder Dome with his Fire Dolan sign. 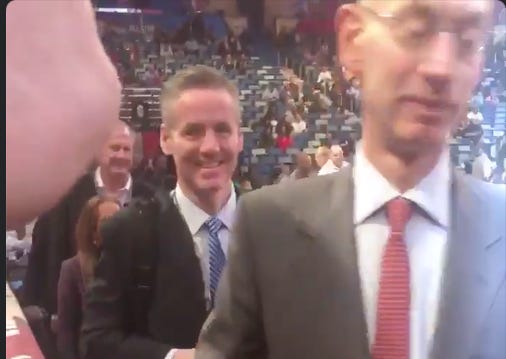 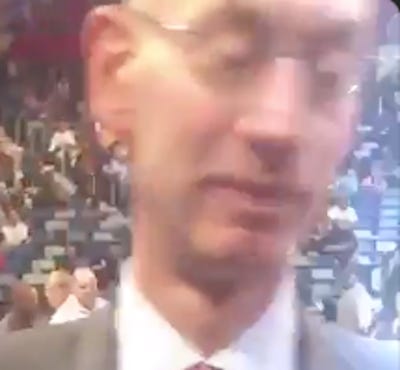 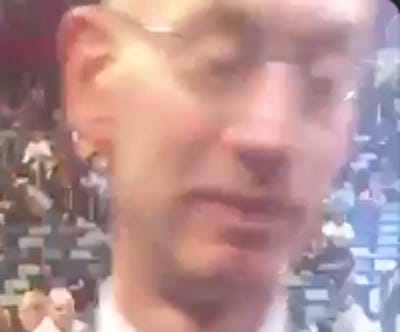 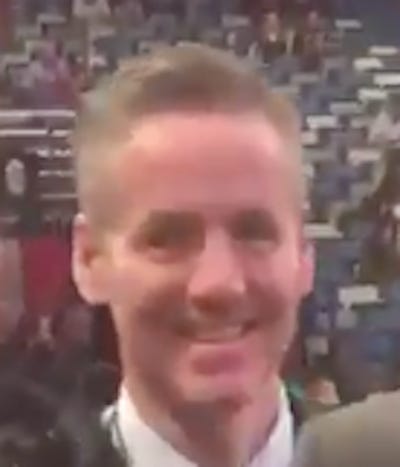 *Yes I know Linsanity and an ultimately failed playoff run in 2012-13 tops this. But just let me have some fun for tonight, guys. The Knicks already turned back into a pumpkin by the time I finished writing this blog.