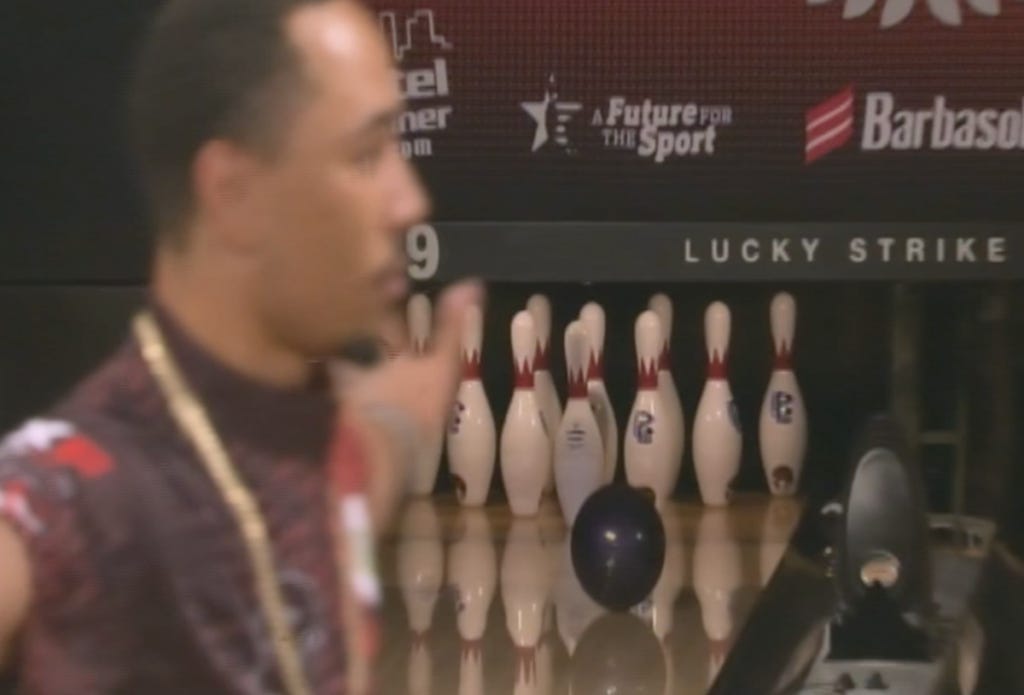 I gotta be honest with you — I did not expect to stay in on a Friday night, glued to my TV, watching Mookie Betts bowling his dick off, but it was most definitely the best decision that I could’ve made with my night. Got a bunch of tweets from people saying that Mookie was bowling on ESPN, so I threw it on. I’ve obviously heard about how great of a bowler he is, but he wasn’t looking so hot when I first started watching.

But then it happened. Mookie bowls his first strike, and I’m like, okay. I see you. Then another one. Another one. Another one. Another one. And another one. It’s funny, because DJ Khaled was actually in this tournament. Not really that funny. Then some more tweets start to roll in; Stoolies saying they’re watching this at a bar, and people are going nuts with every hammer that Mookie drops. The man is captivating a nation from a bowling alley on a Friday night. Just absolute electricity every time the ball left his hand, capped off with a cocky as hell, no-look, walk-off strike, his SIXTH in a row. My god. I’m so jacked up. What a night. What a bowler. What an athlete.