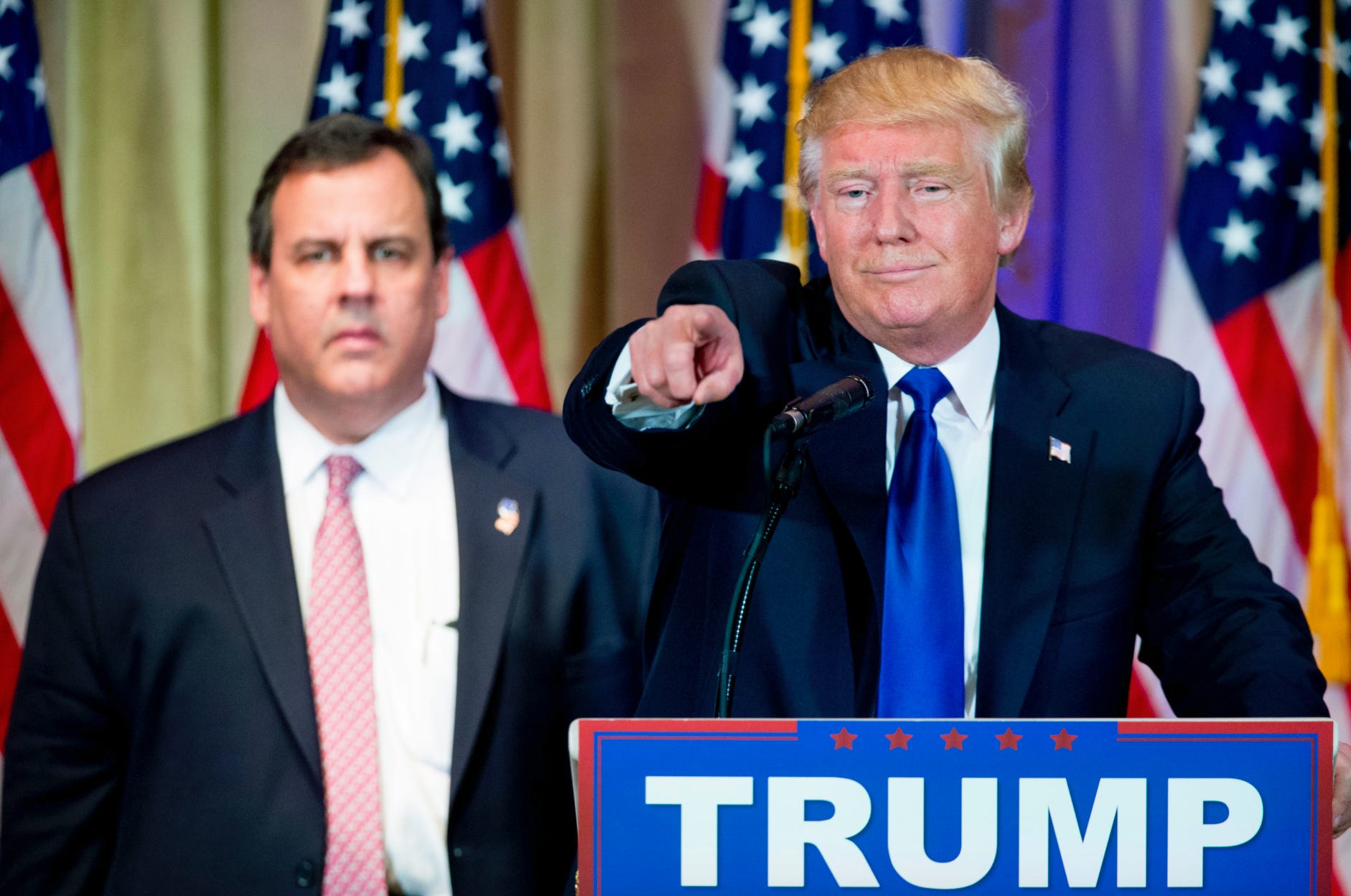 AOL- New Jersey Gov. Chris Christie and his wife, Mary Pat, visited President Trump in the White House on Tuesday — and he revealed some details soon after. On Thursday, Christie guest hosted a New York sports talk radio show and he discussed the dinner he had with the president. Apparently, Trump told other guests to get anything they wanted off the menu — but insisted that he and Christie order meatloaf. “This is what it’s like to be with Trump,” Christie said. “He says, ‘There’s the menu, you guys order whatever you want.’ And then he says, ‘Chris, you and I are going to have the meatloaf.'” Christie said their conversation was about the opioid epidemic, but did not discuss jobs.

Oh my god to be a fly on the wall when this happened would’ve been amazing. Just to bathe in the awkwardness of a man getting totally emasculated. It’s one of those things where it starts off like a joke. Chris Christie probably played it off like, “Ha ha okay Donald I’ll think about getting the meatloaf. Thanks for the recommendation” and then Trump got more and more stern with his request until everyone else was staring lasers through their menus in silence wishing they were anywhere else and trying to escape the awkwardness. You might even say it was like a handshake that lasted so long that it got extremely awkward. Honestly, Chris Christie isn’t even a real human being anymore. He’s essentially Reek from Game of Thrones now. Sure, he has a human body, but his mind and reality are completely owned by Trump. Oh the chicken sounds good? Well you’re getting meatloaf so shut up and deal with it. We all thought Christie was forever going to be known for the bridge controversy and then all of a sudden he became PRESIDENT Donald Trump’s whipping boy. Quite a legacy shift.