So this has been going on for quite some time now. Basically ever since I stepped foot inside the NYC office Nate has been hounding me about getting a new laptop charger. Everyday when he walks in at 11 he looks at my desk in disgust. Saying things like that’s “not safe” and that’s going to “start a fire” and we’re all gonna “die a horrible death” and other things of that nature. It’s an insane obsession. First of all, be more dramatic dude. It’s just a couple of exposed frayed wires. Those have never once started a fire anywhere. We’re all gonna be just fine. Second, the charger still works. It still does the job it’s supposed to do. That orange light still burns brighter than the sun. Why would I get rid of it? Nate basically wants me to drop $80 on a new charger so he feels more comfortable. Fuck that noise. I’ll buy a new laptop charger when mine shits out/turns my bed into a charred coffin.

Lastly, and most importantly, it’s called loyalty. I’m a loyal person. If that’s wrong then I don’t wanna be right. It’s why I still have a Yahoo email account despite MANY hacking scandals. It’s why I still wear slightly used Air Force 1s despite constant ridicule. It’s why I have a potentially-explosive laptop charging cord. Each of those things have been with me from the beginning. Nate wasn’t with me shooting in the gym. That laptop charger was and therefore I am forever indebted to it. End of story.

These people get it 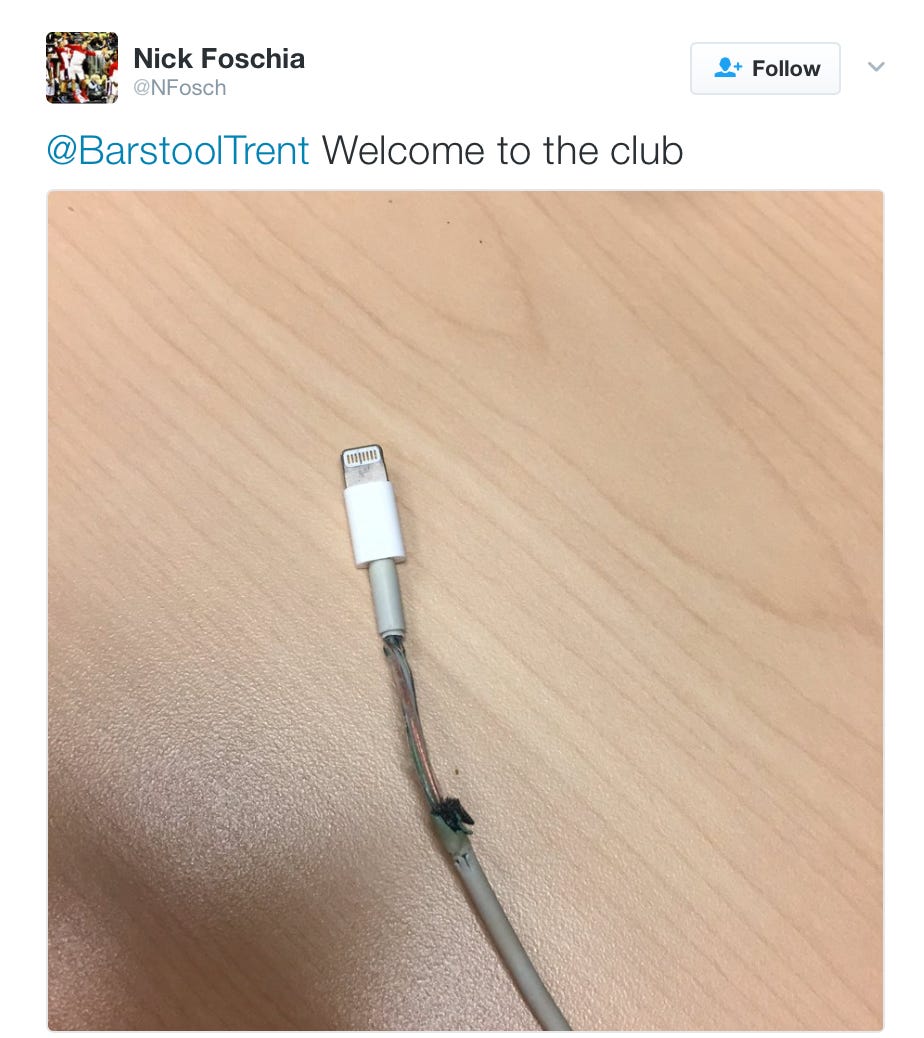 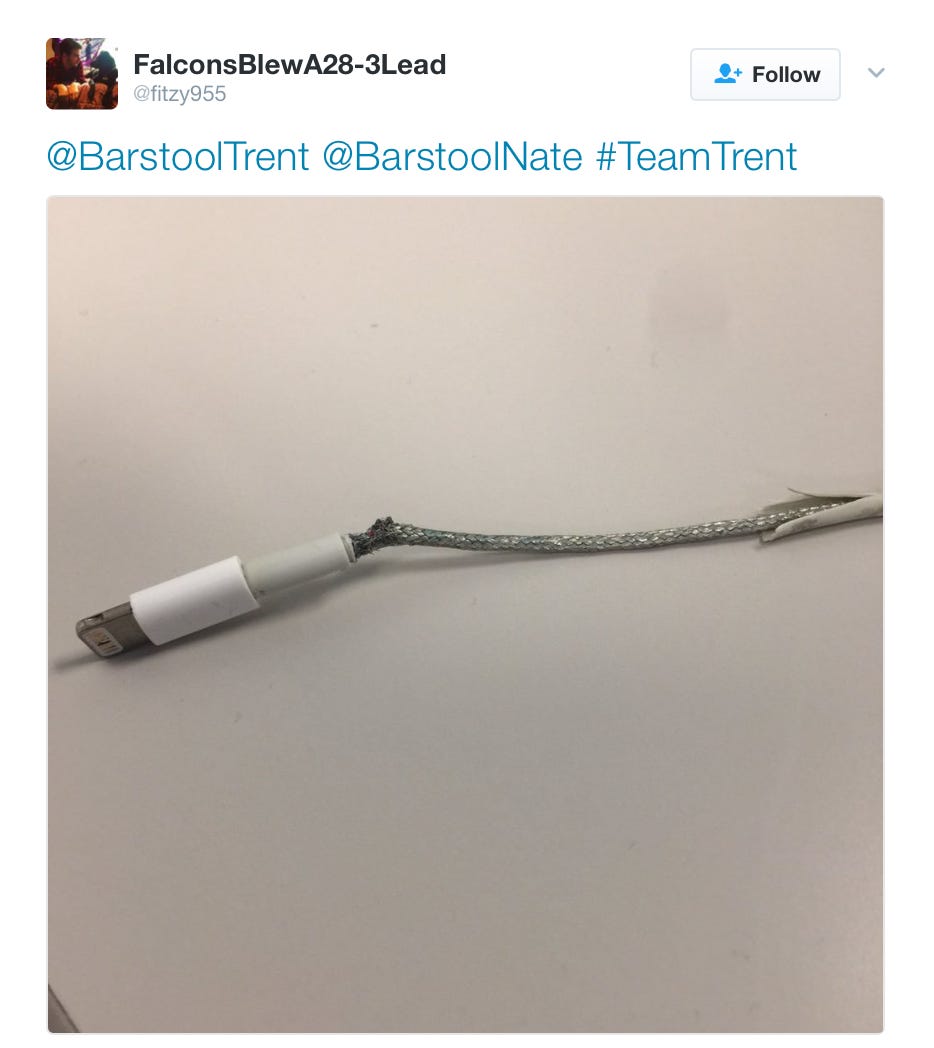 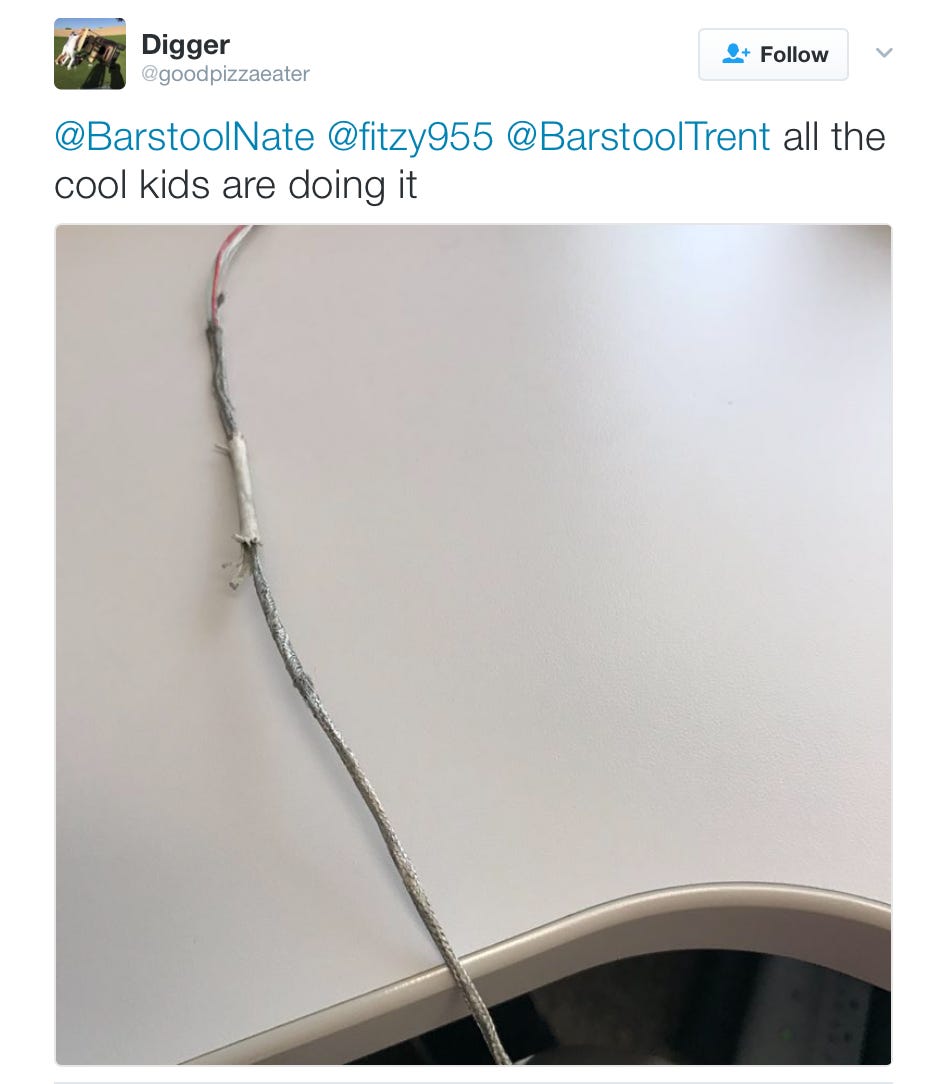 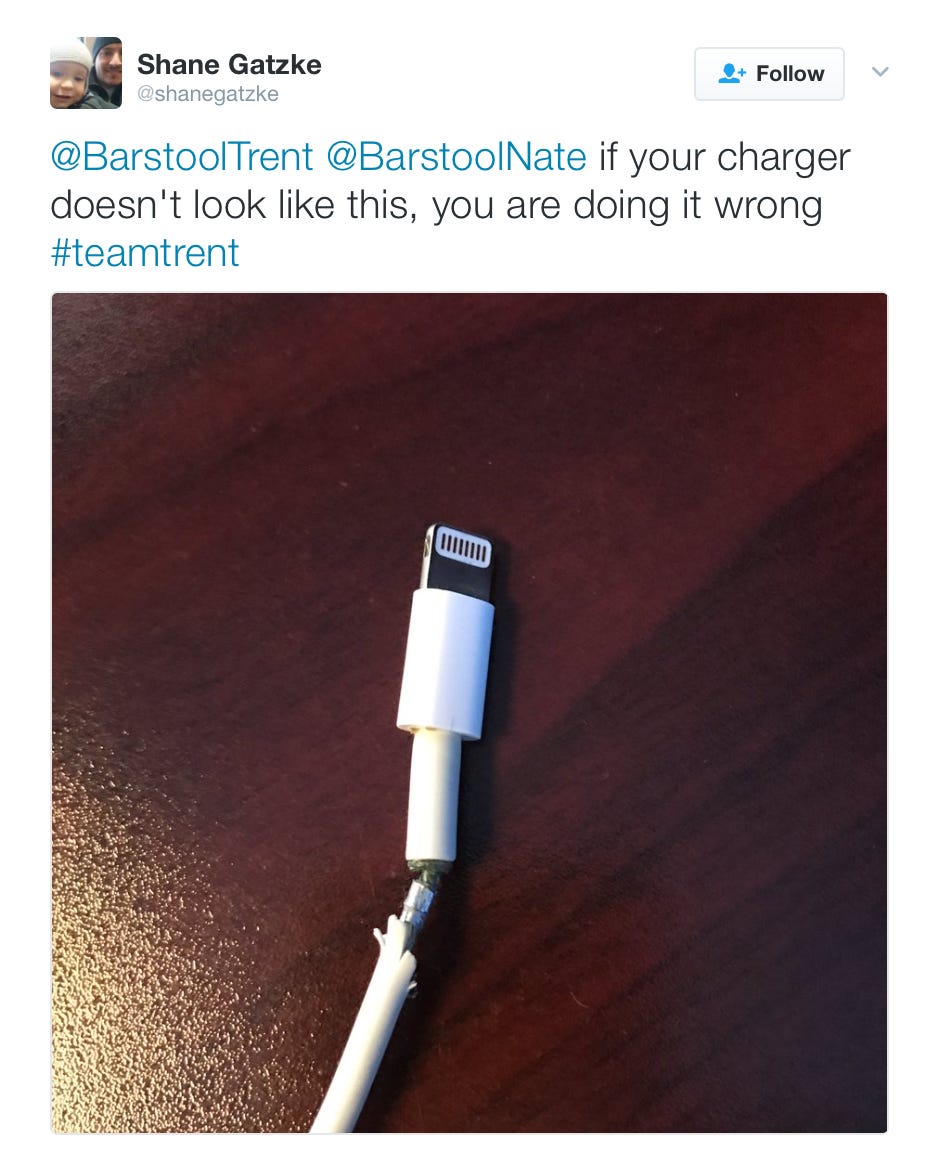 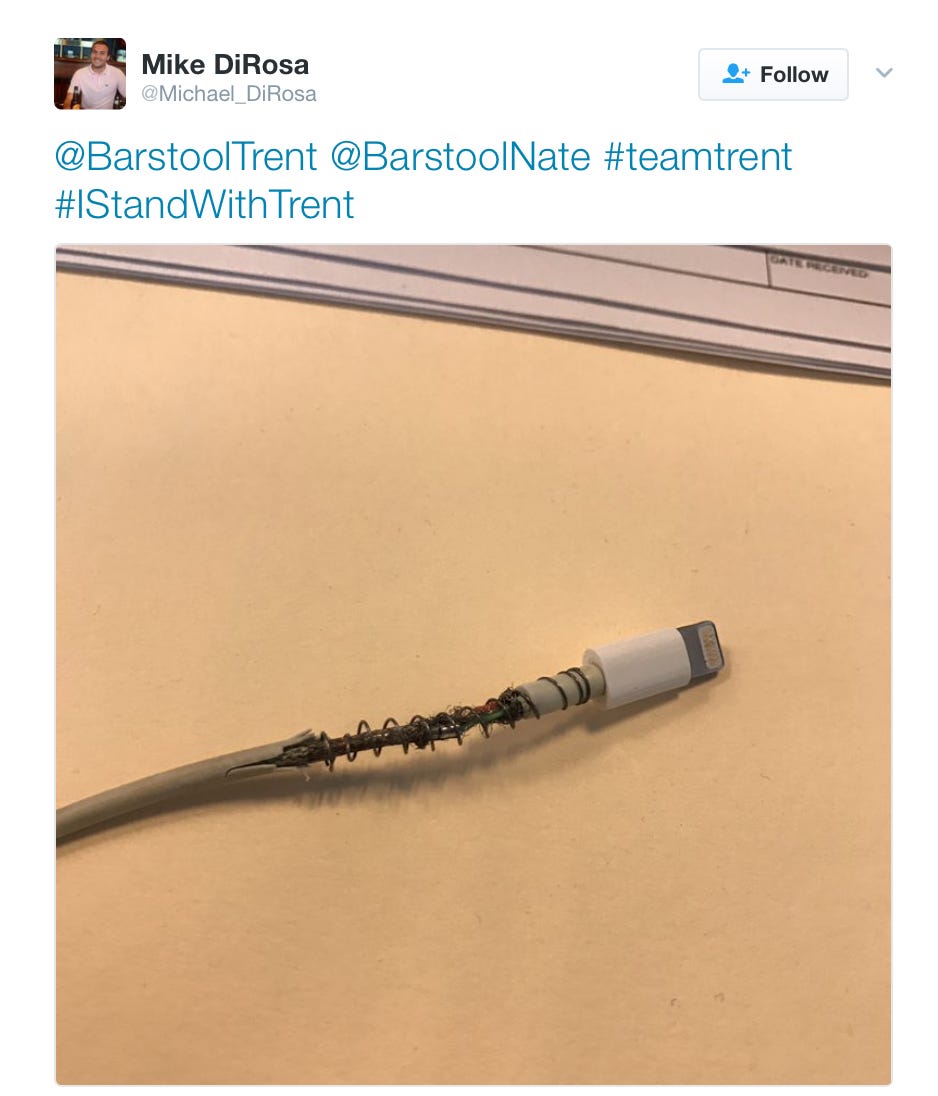 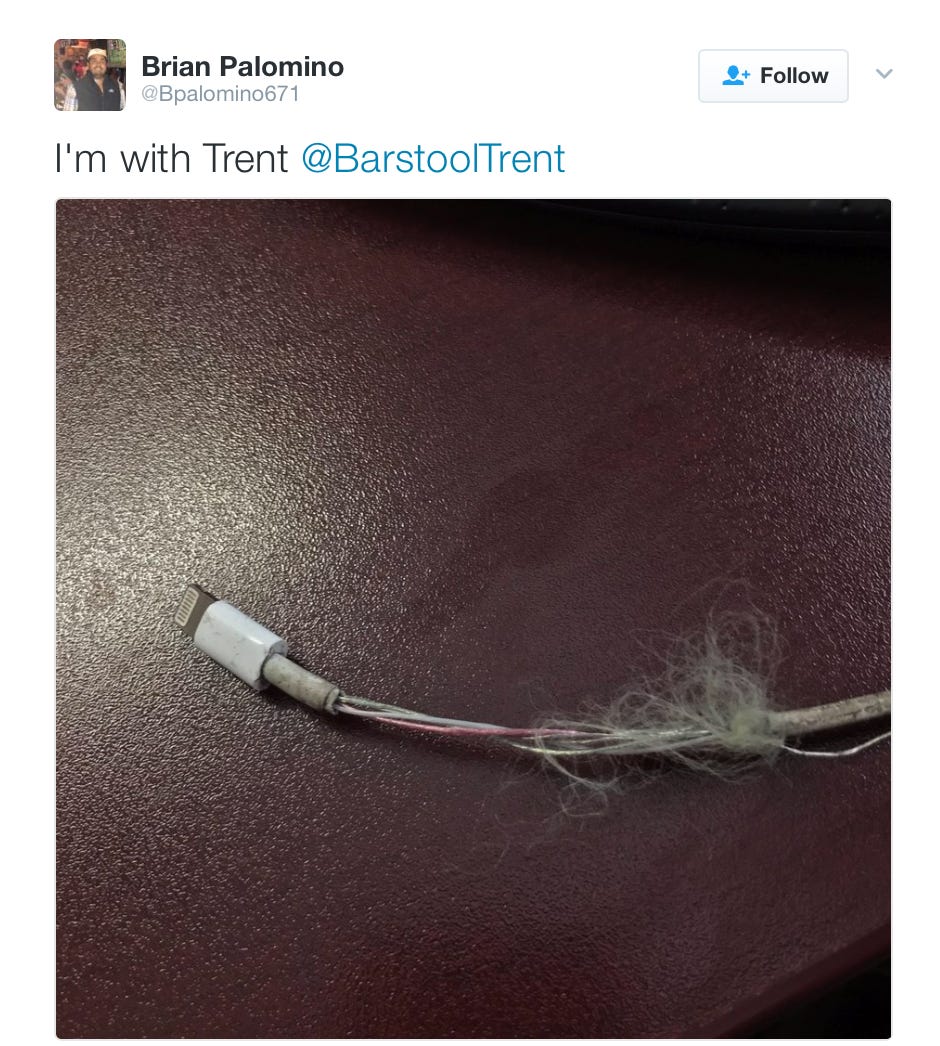 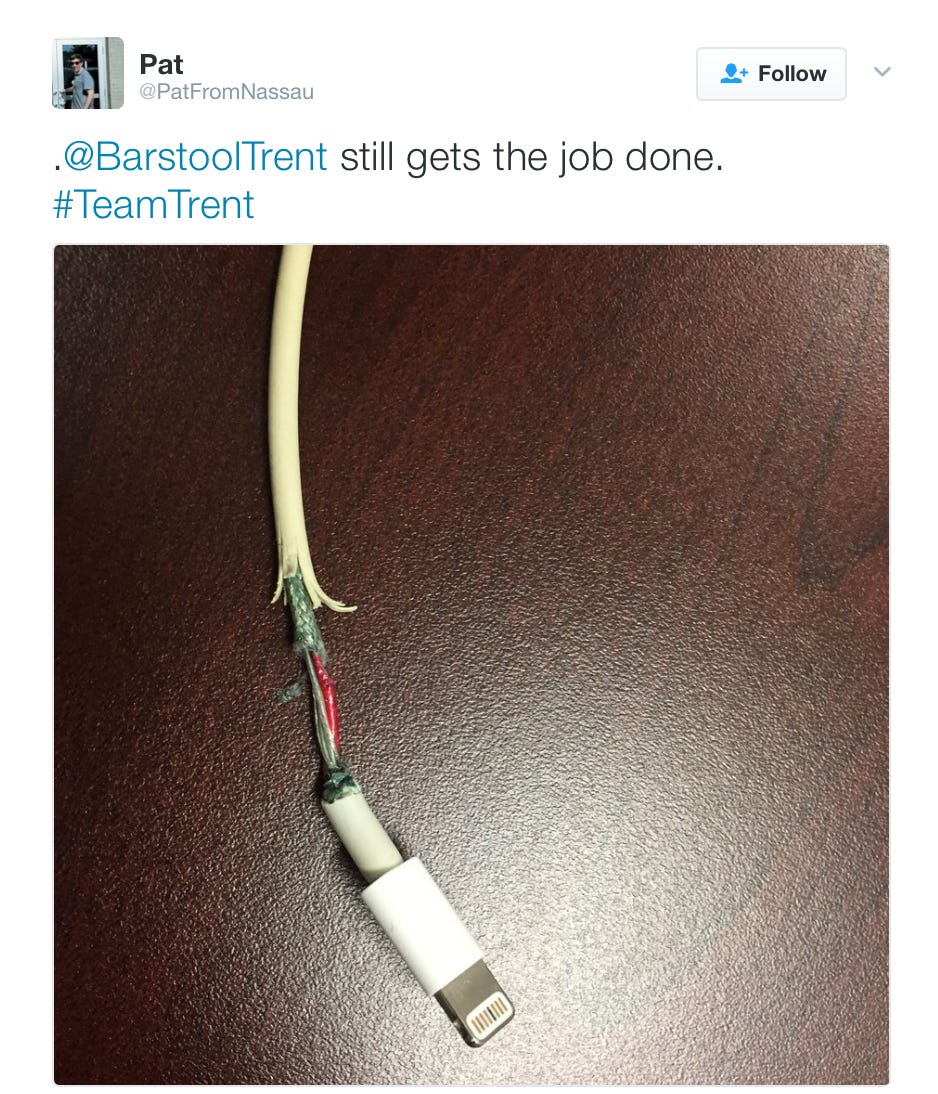 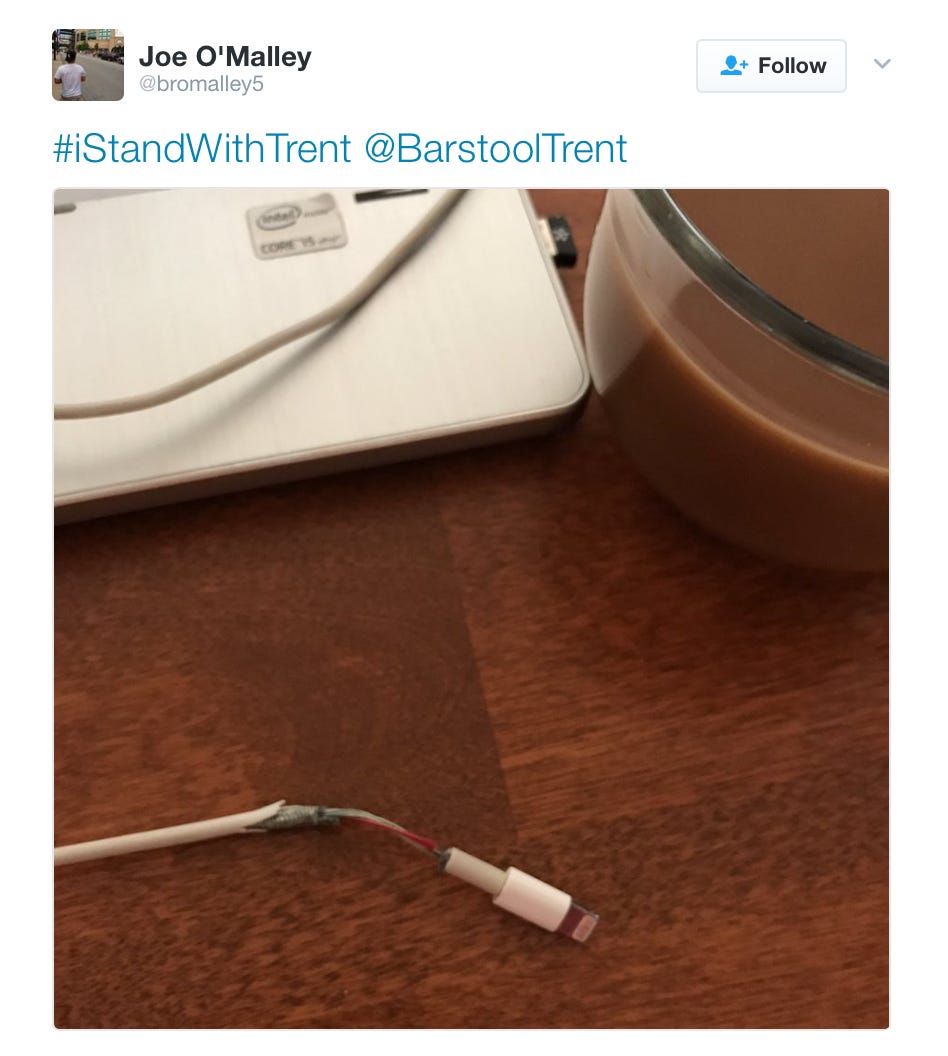 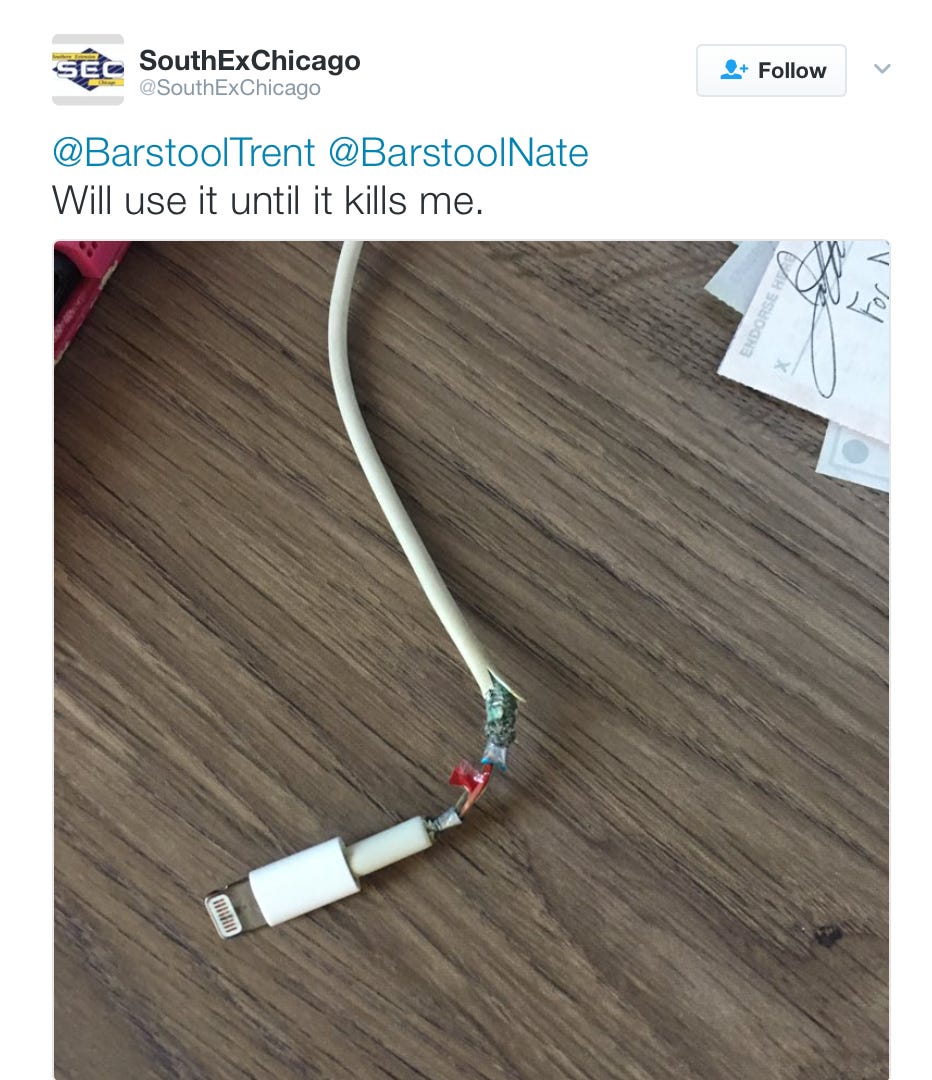 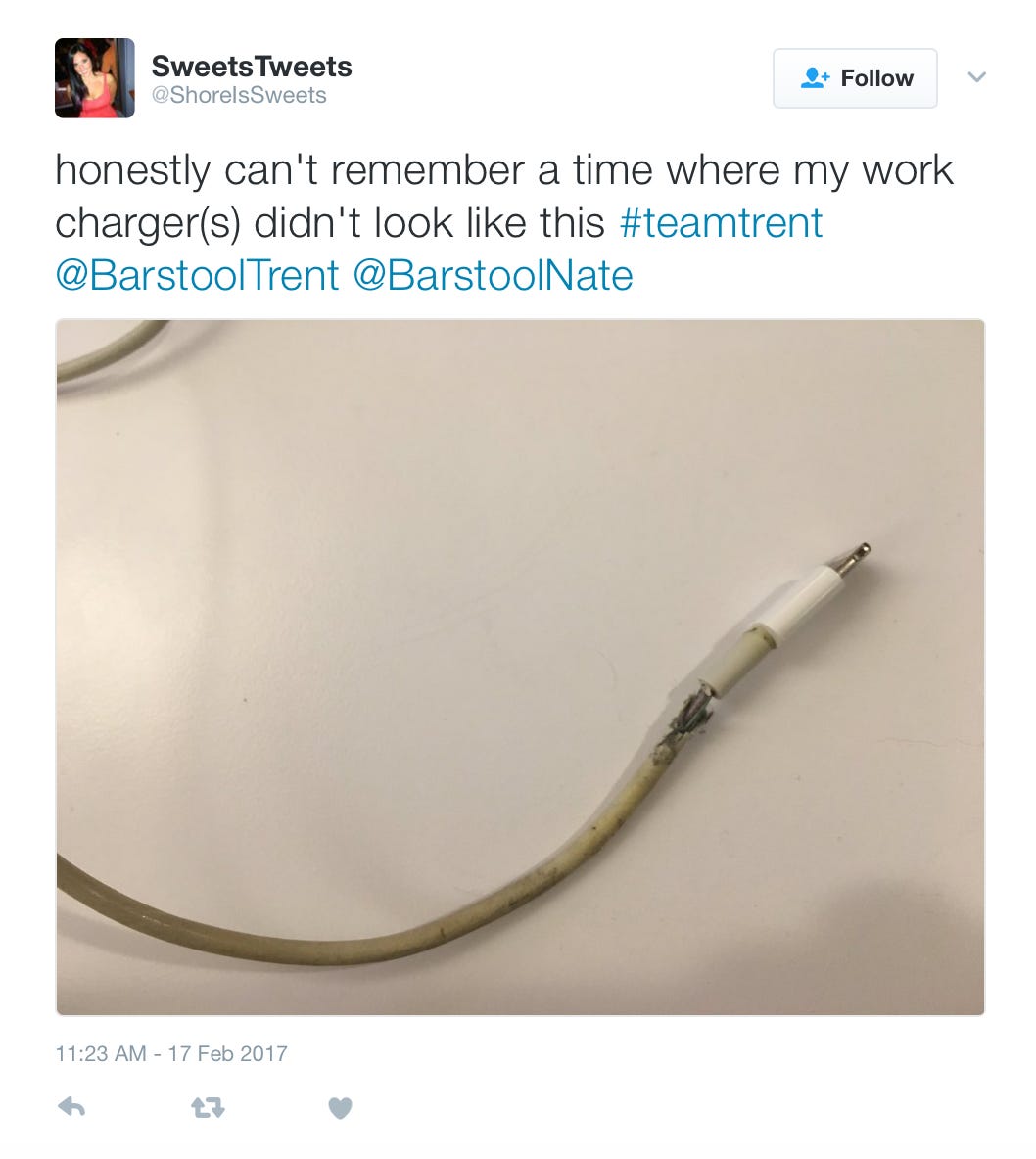