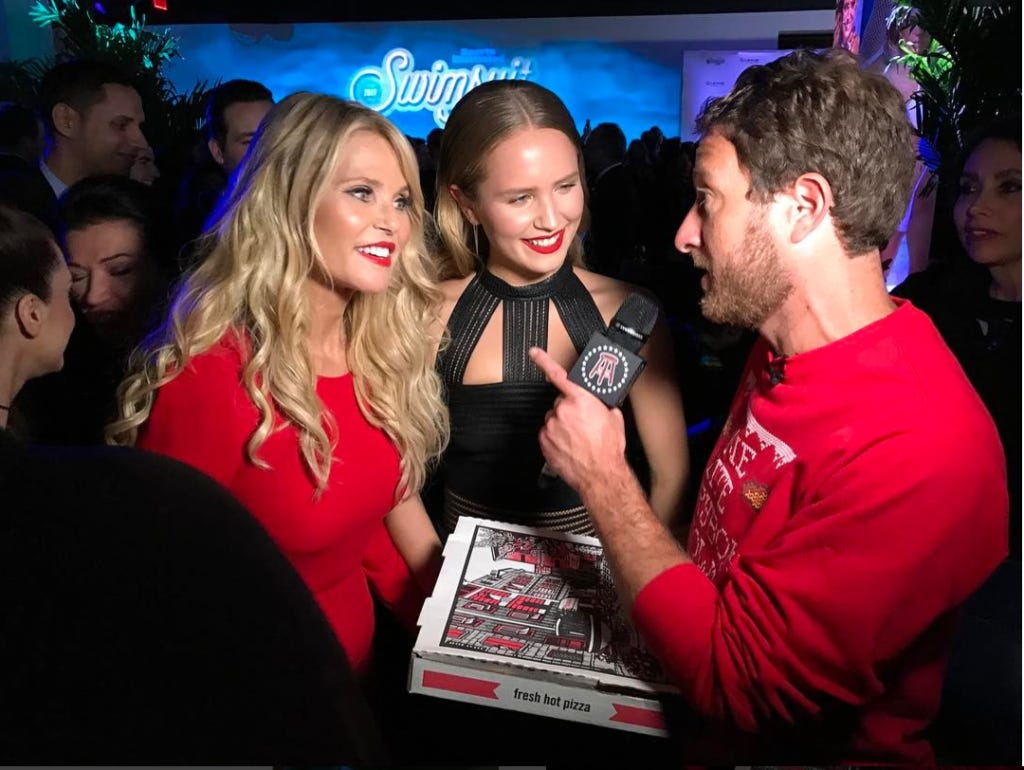 Welcome back to everyone’s favorite feature, the Barstool Office Power Rankings. We’re officially on week 20 which is definitely an accurate number and not one I keep making up each week because I lost count and took some weeks off.

What a week. Nonstop activity. So much to talk about. First of al

Sorry, just checked the Barstool Employee Handbook and 9 of my 10 sentences were in direct violation of acceptable conduct. 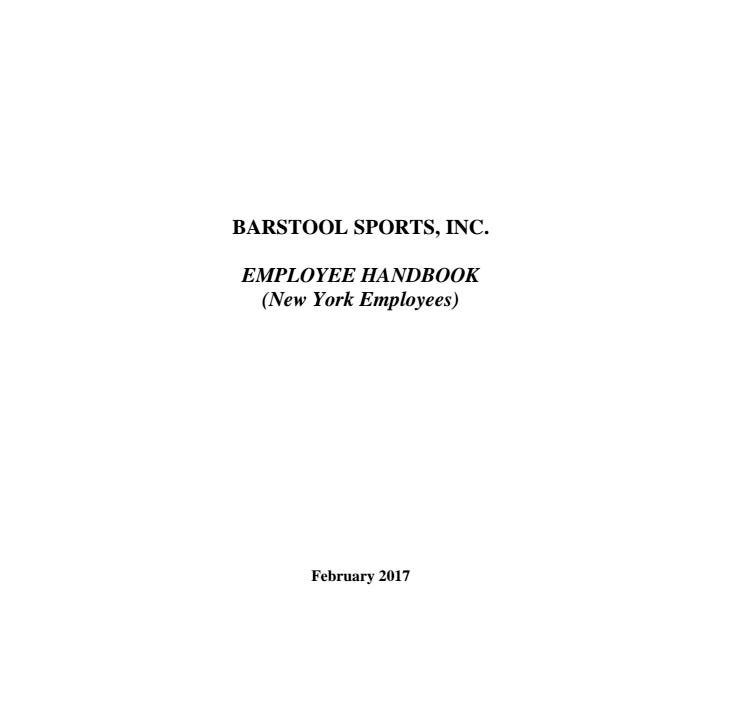 So let’s get into it, the main event, the top 5 employees of the week, the people that need a little bit of extra work, and all the highlights from Barstool HQ: 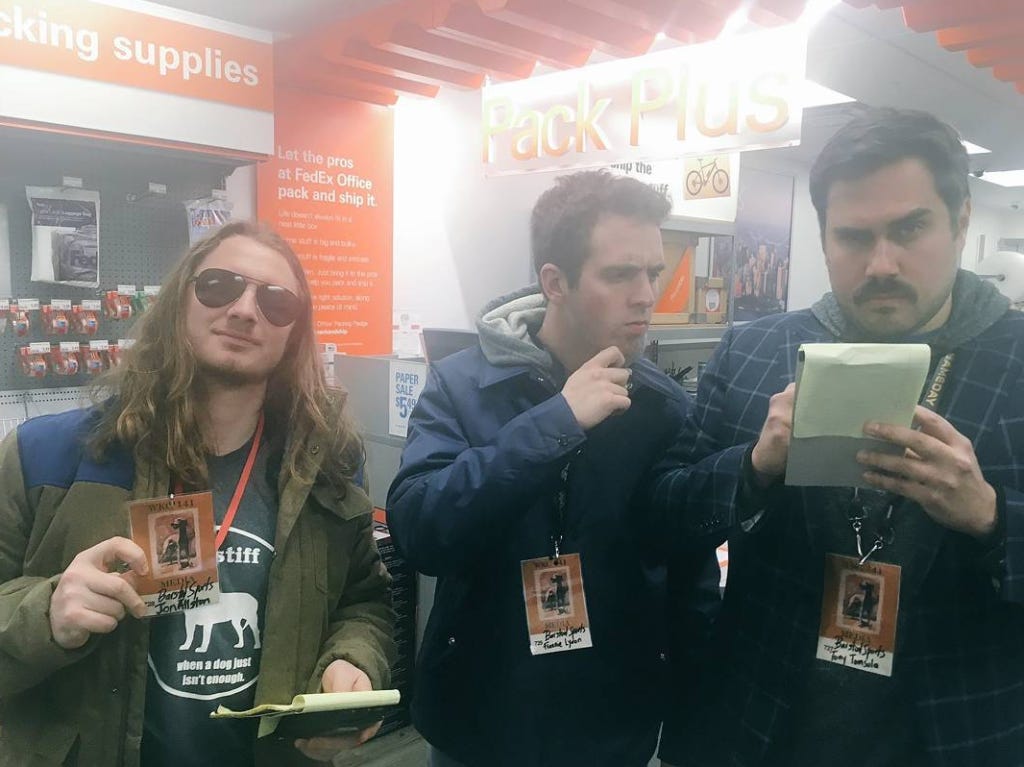 What happens when you take the NFL away from the Pardon My Take guys?

It’s a question we’ve been wondering around the office for the past few months. People have been speculating about it on social media. These guys crushed the football season so hard, what are they going to do when it’s over? How will they get their fix?

We found our answer pretty quickly –

They get detained and questioned for trying to sneak into dog shows with fake credentials made at the local Kinkos by interns. 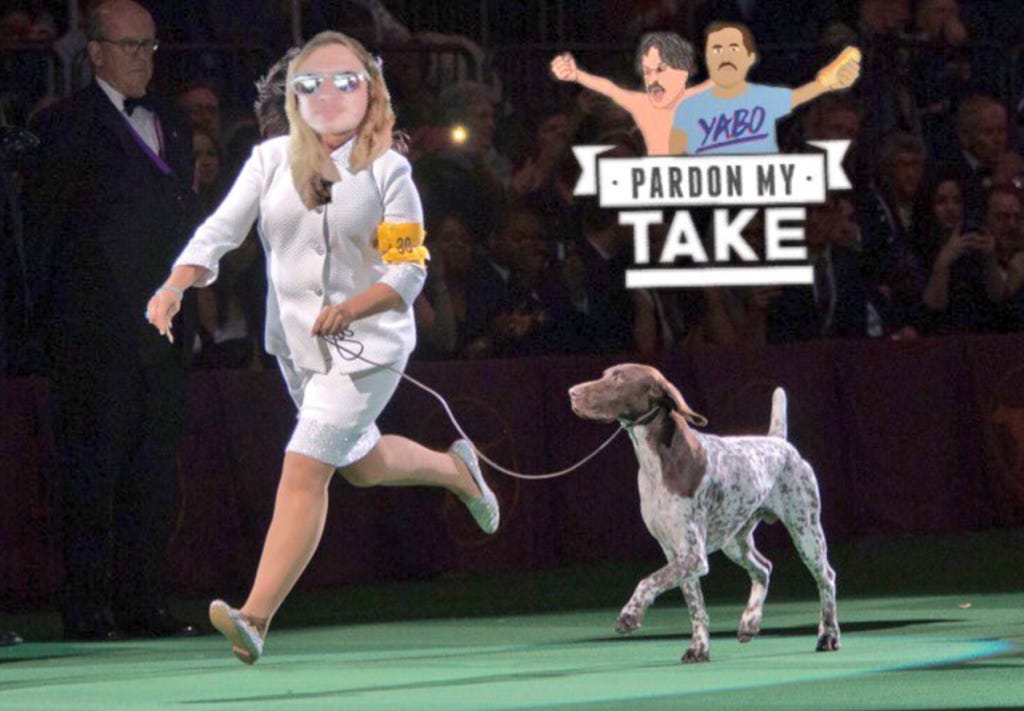 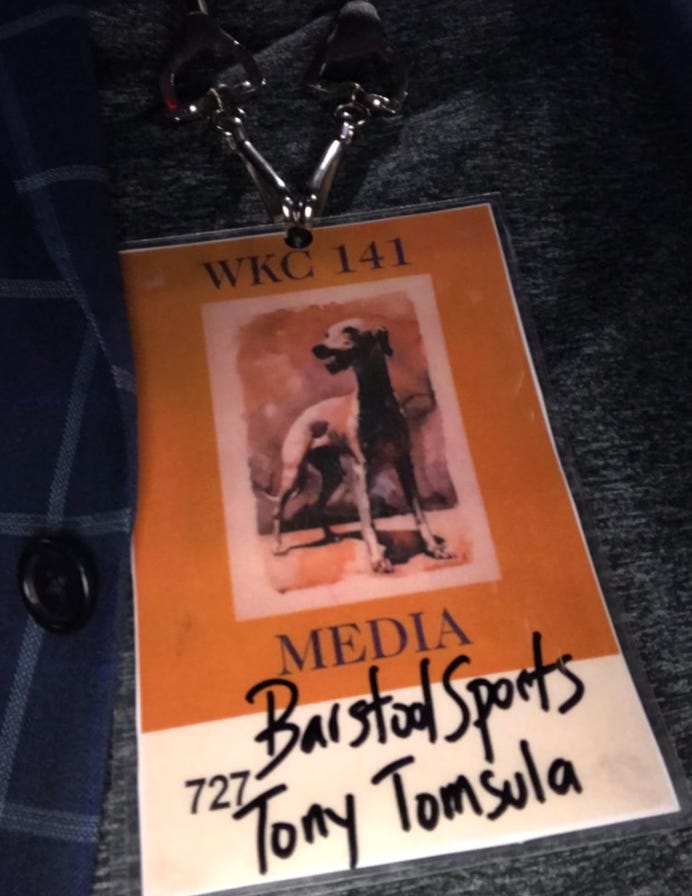 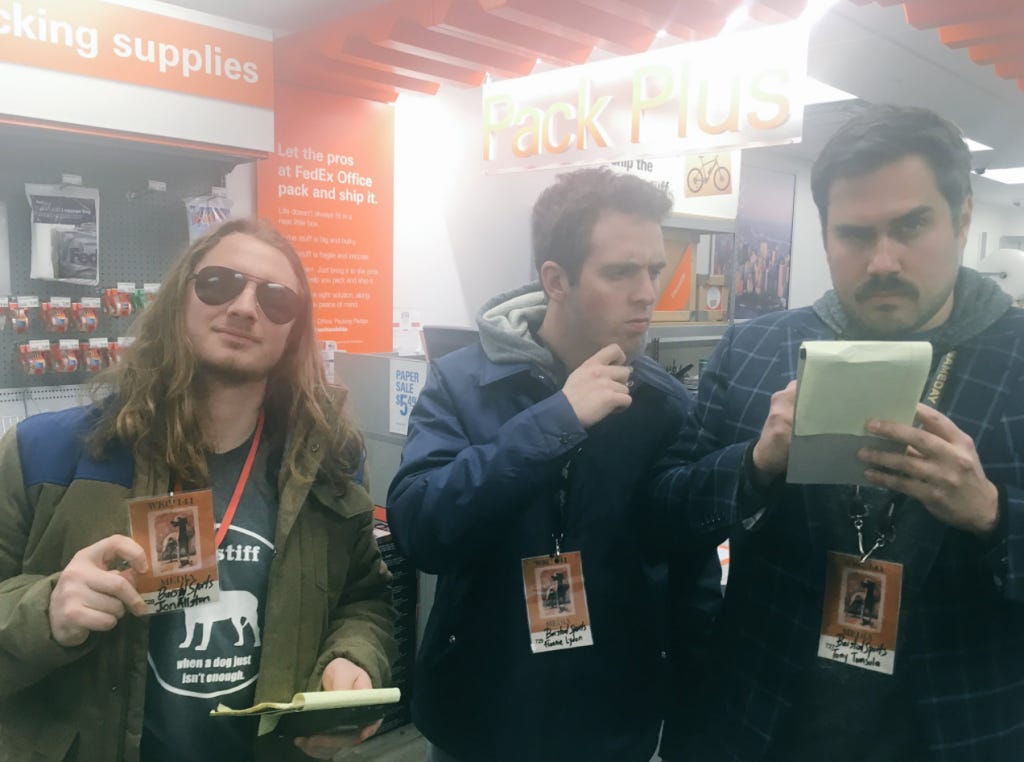 Just like you don’t take drugs away from an addict and make them go cold turkey, you don’t just yank the NFL away from Big Cat and PFT. You wean them off it, or else that’s how they end up behind bars with flimsy fake photocopied laminates of blurry dog pictures hanging from lanyards around their necks.

This spot is technically Dave Portnoy’s if we’re sticking to the rules of having to actually be a Barstool Sports employee to qualify here – any time your week ends with you 30,000 feet up in the air on a private plane surrounded by supermodels and Derek Jeter after spending the night before eating pizza with Christie Brinkley there’s a pretty good chance you earned a spot. But the real winner of this spot is everyone’s favorite Editor-in-chief of a (now defunct) SI subsidiary blog most well known for nothing other than a hit piece from a random 17 year old trying to impress a girl.

I know I said it a couple of Power Rankings ago, that this blog didn’t exist to make people happy or cheer them up when they are down or anything. It’s just purely objective facts, pure and simple. But I felt like I had to make an exception this week, as both a professional and a human being – to see a guy get beat up this badly, murdered this hard, week in and week out, it’s tough man. It’s really tough. This poor fucking guy Jamie O’Grady. How many times can one blog rip the blood and guts out of a guy, stuff them back in and sew him up, only to do it all over again??? It’s getting downright cruel and unusual.

So shout out to our boy Jamie, we know how hard you work sitting there all day clicking “publish” on blogs from 19 year old freelancers and smashing that “block” button on Twitter – you deserve this honor. 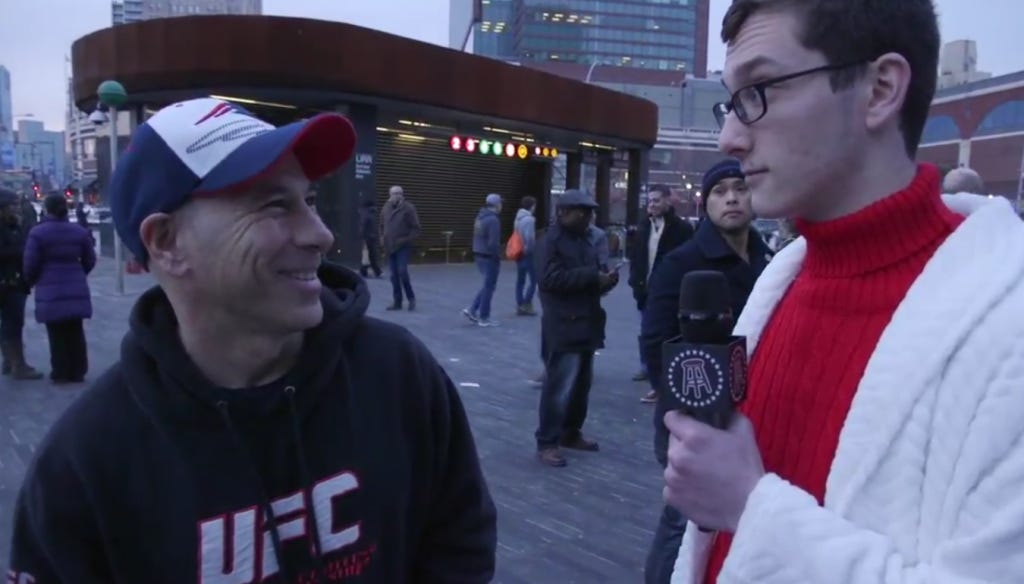 What a week for Intern Robbie.

Launching the Intern No-Cum Challenge Of The Week 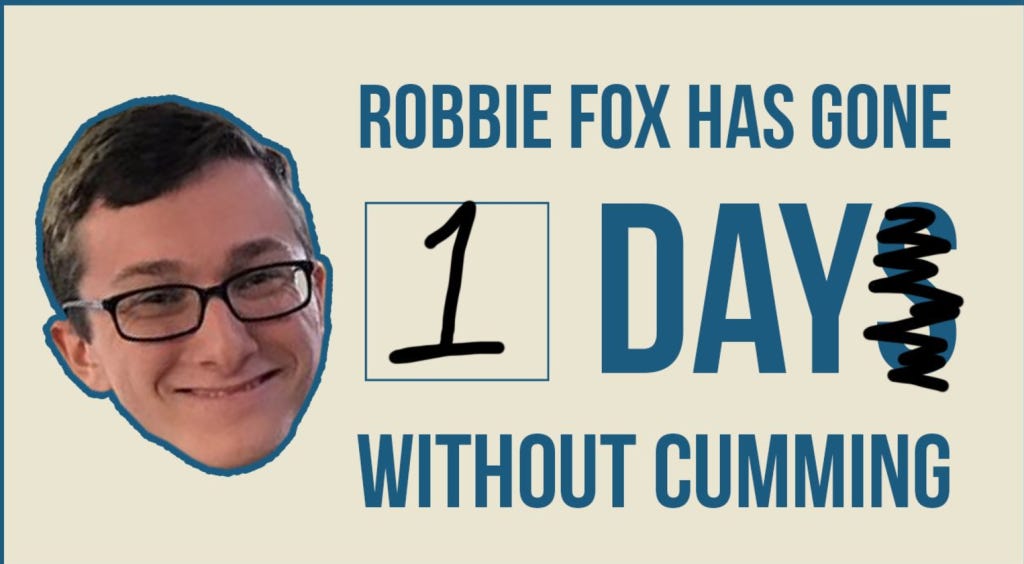 Stealing the show with his spot in the Fore Play video 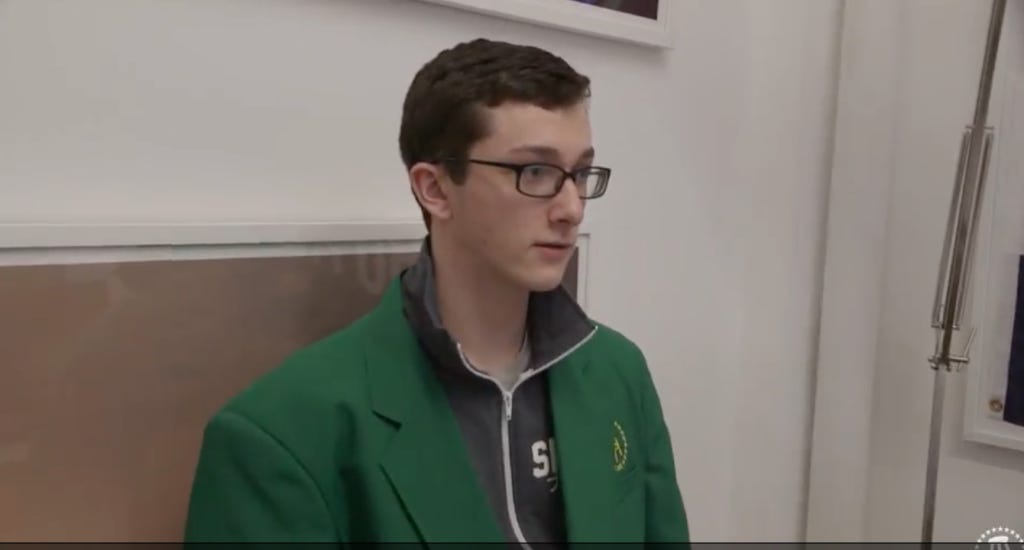 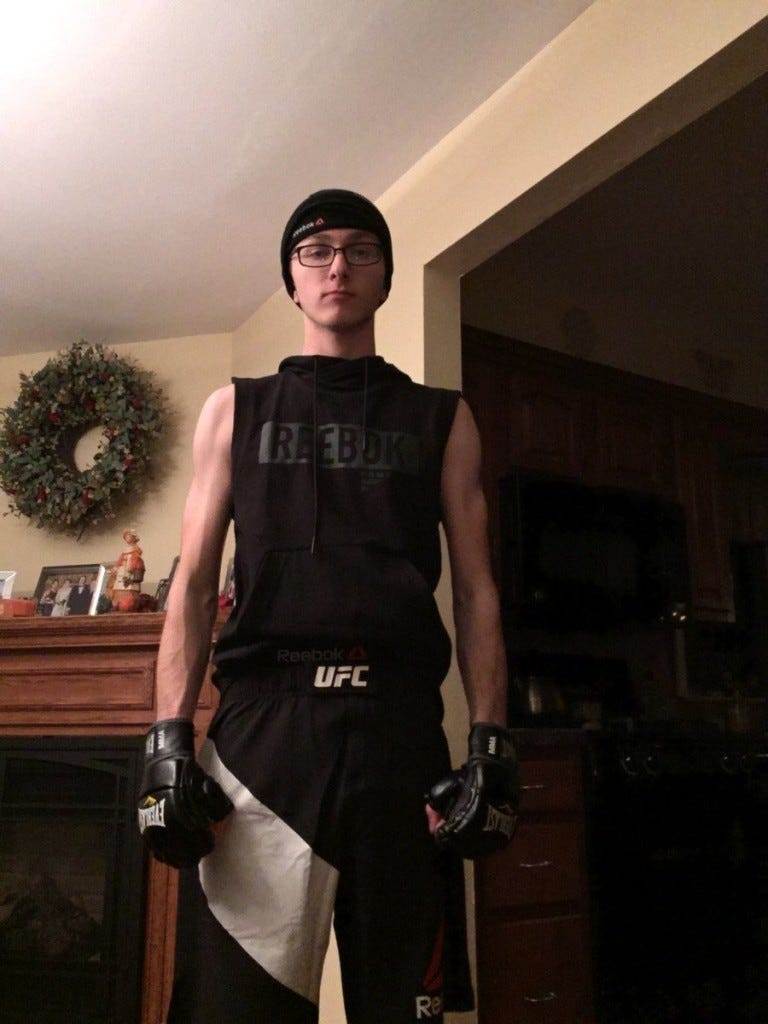 When we hired Erika I knew in my gut it was the right decision, and I’ve never been proven more correct than with everything that went down this week. I’m of course talking about the hottest topic on the internet – the Barstool Employee Handbooks. Finally someone cleaning up the mess around here. Whipping people into shape. Holding people accountable. For far too long we’ve all (myself included) been slacking off, blogging drunk and high, being insubordinate, saying offensive things, verbally harassing interns, taking Adderall, engaging in horseplay, gambling, showing up un-groomed, underdressed. Just a totally unprofessional environment that has held us back from being successful IMO.

Well not anymore.   The Pirate Ship finally has a captain and the first order of business is to cut the shit and go full corporate.  About time.

And I was hearing some chatter that people don’t think it’s real? Or that it won’t be strictly enforced? Ha. Internet conspiracy theories at work as usual. Take my word for it, Barstool Sports is now a drug-free, booze-free, curse-word-free Safe Space.

Office Guest/Addition of the Week 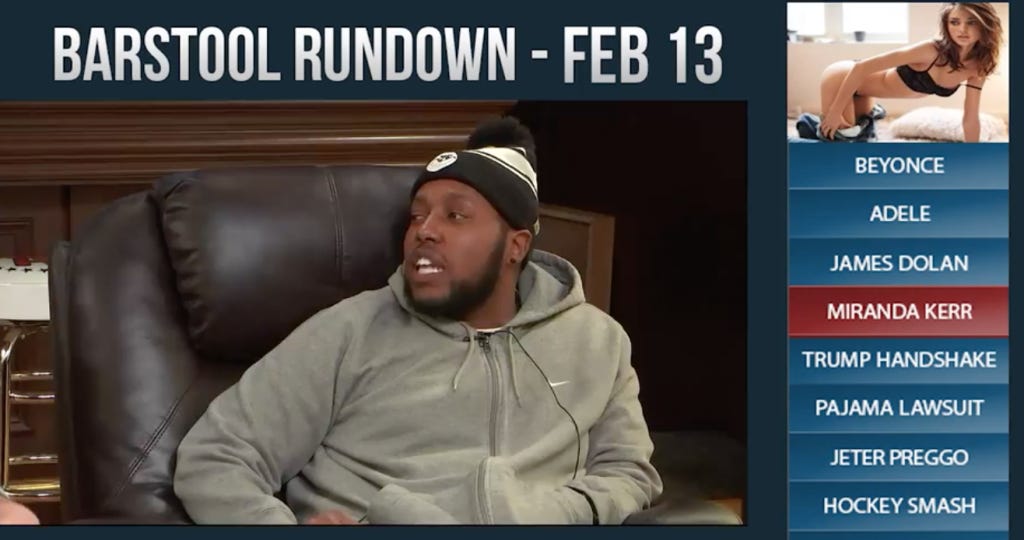 From the company that brought you a female CEO, we present – a black employee. 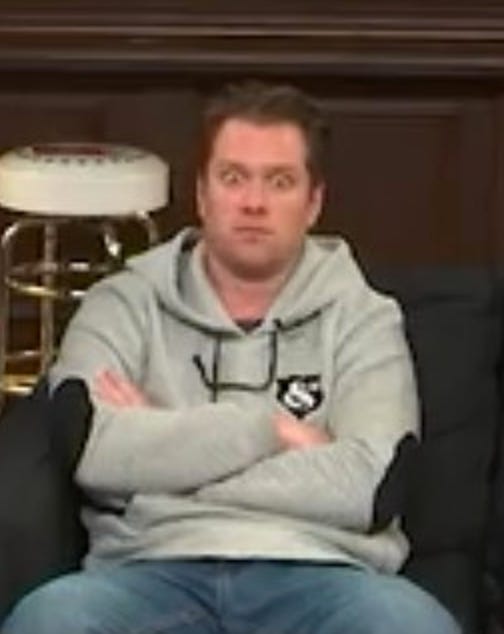 That’s how you address the elephant in the room right there.

Didn’t go as well as I hoped.

But still happy to have Trill aboard. Definitely not sharing my Counting Crows/John Mayer/DMB playlist with him though.

Pronunciation of the Week

I could listen to that clip on repeat for the entirety of the weekend and it wouldn’t be enough.

Social Experiment Of The Week 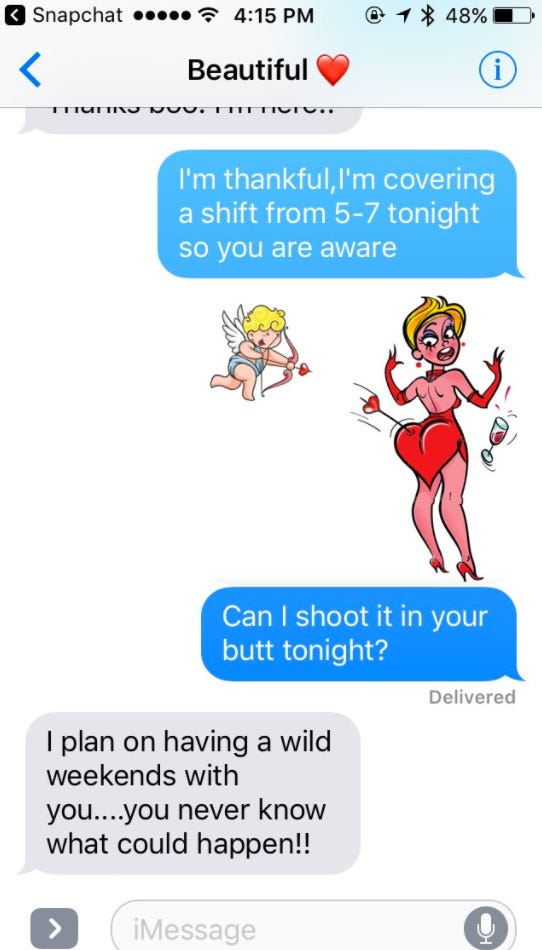 Super aggressive edition of Barstool Experiments from your boy KFC, hope it helped some of the Stoolies out with some potential butt stuff. 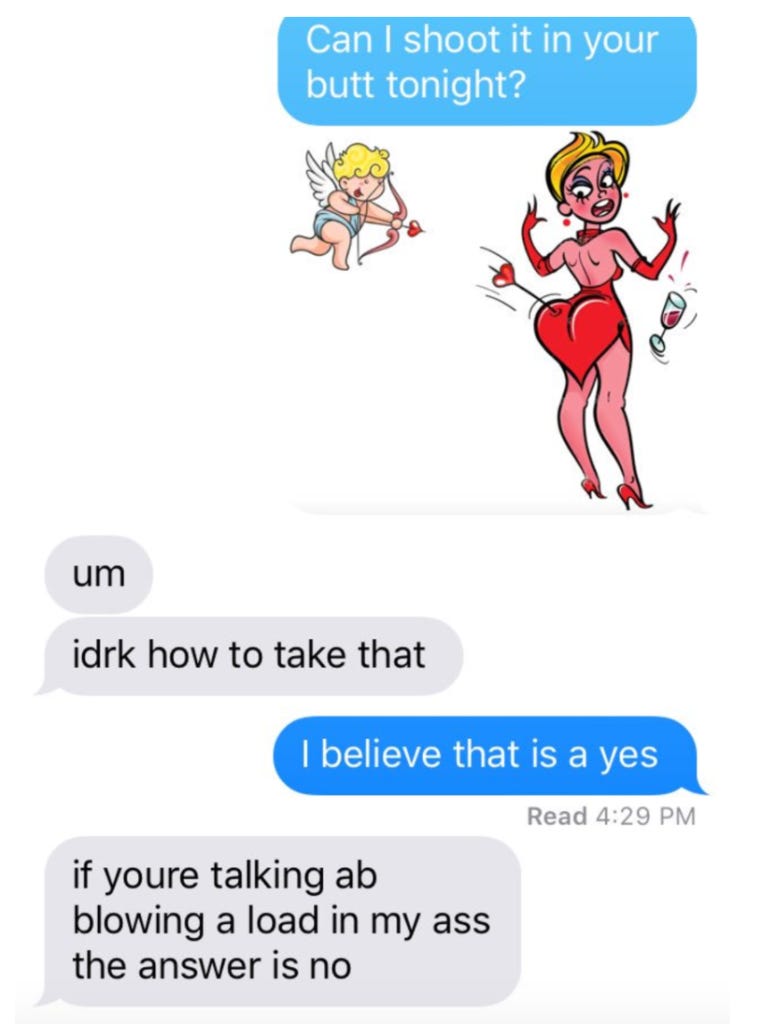 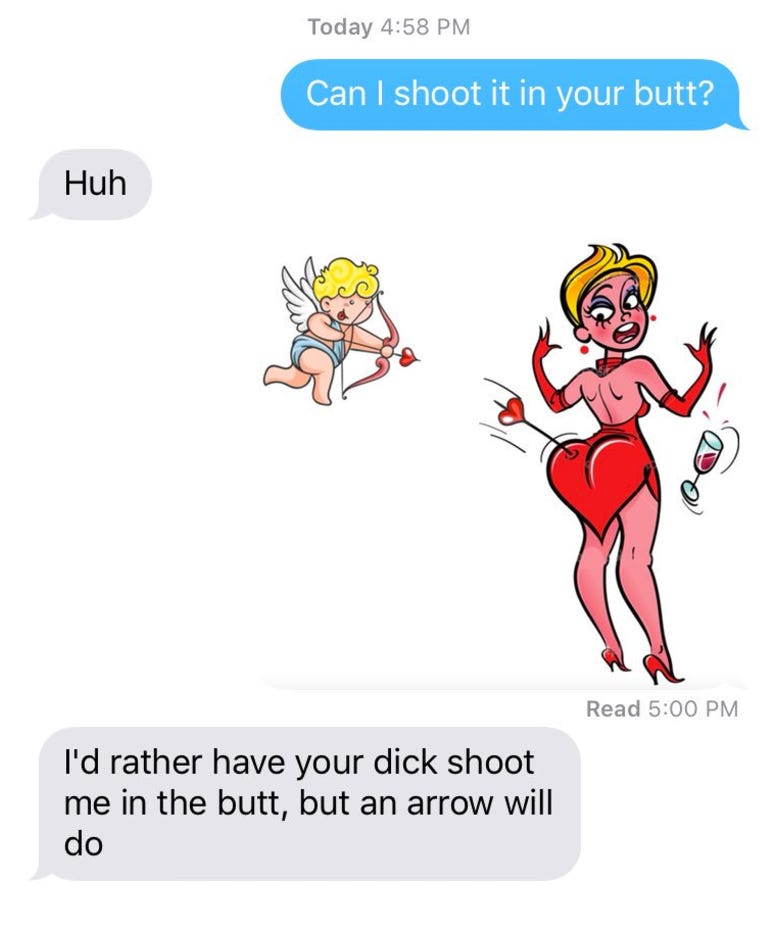 Fire Drill Of The Week 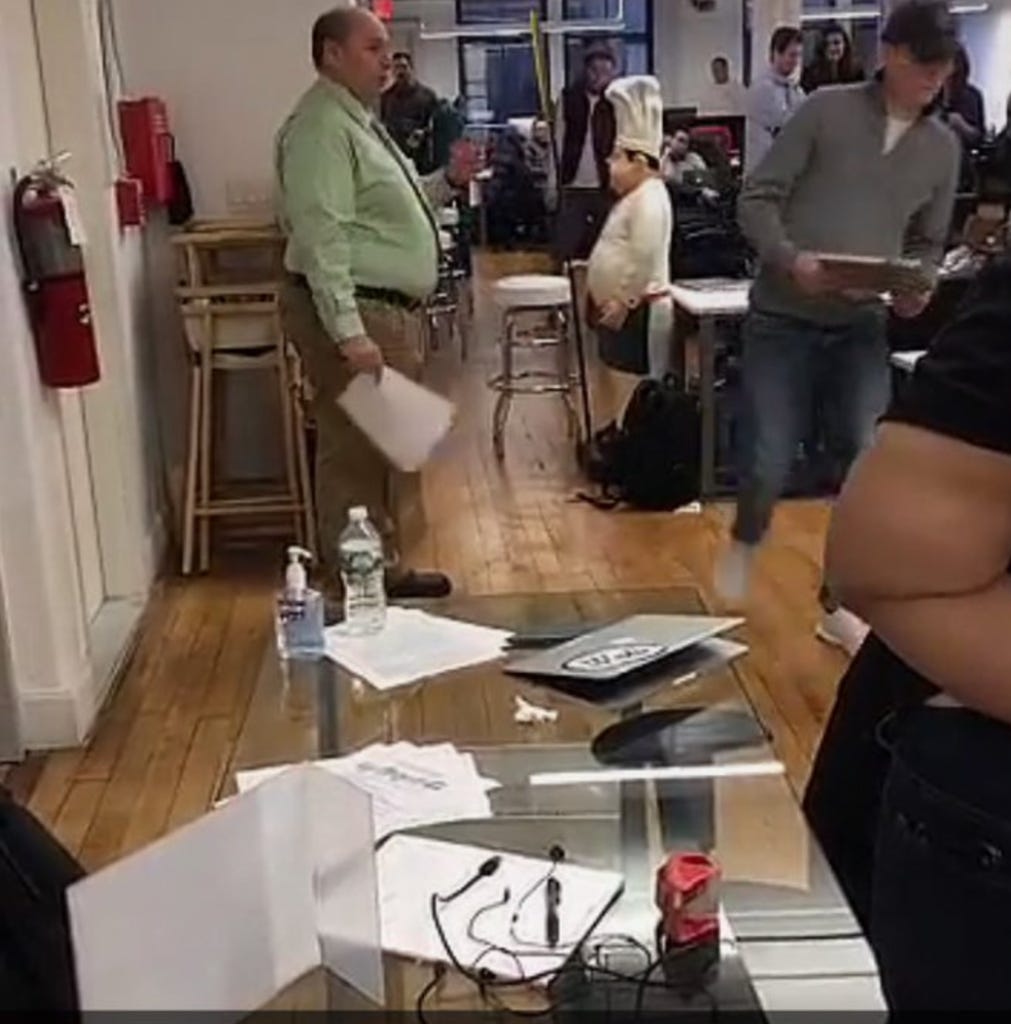 I’ll be honest I kind of zoned out during the fire part but I was ALL EARS for the active shooter instructions.  Let’s just say I’m incredibly conscious of our enemies list, consisting mainly of ex employees, of whom I won’t name any names.

Pete Tweets Of The Week

Looking to make this a weekly segment since Pete doesn’t get nearly enough love on the blog. Never met a harder working guy with more pent up anger and general contempt for everyone he works with.

Swimsuit Models of The Week Moment 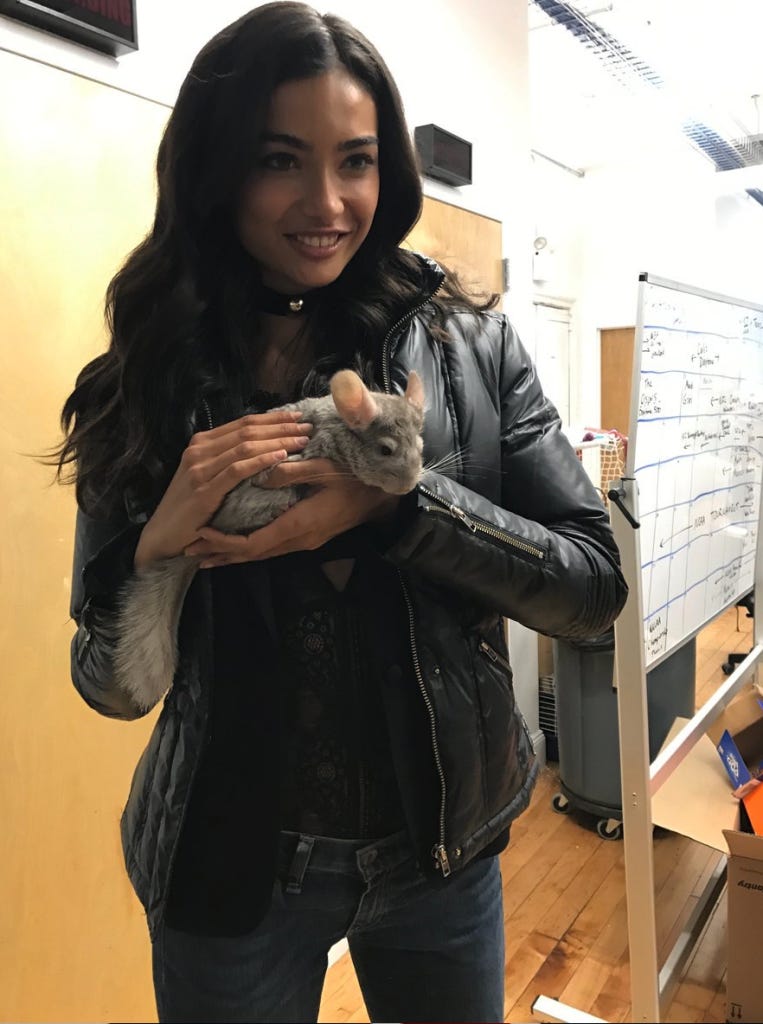 Didn’t act on it because I don’t let anyone I mean anyone tell me how to run my Power Rankings. But this reader isn’t wrong.

Dance Moves of the Week

Apparel Move of the Week 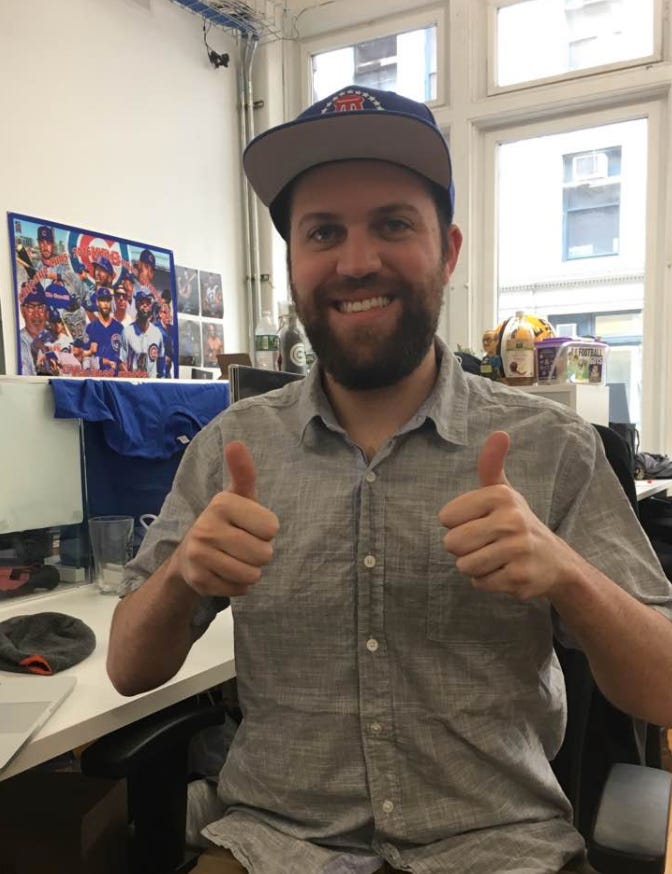 Nate pretending he was “out of clean clothes” because he “forgot to do laundry” all so he could test out his new shirt and see what the feedback was such a savagely transparent move you have no choice but to respect it. 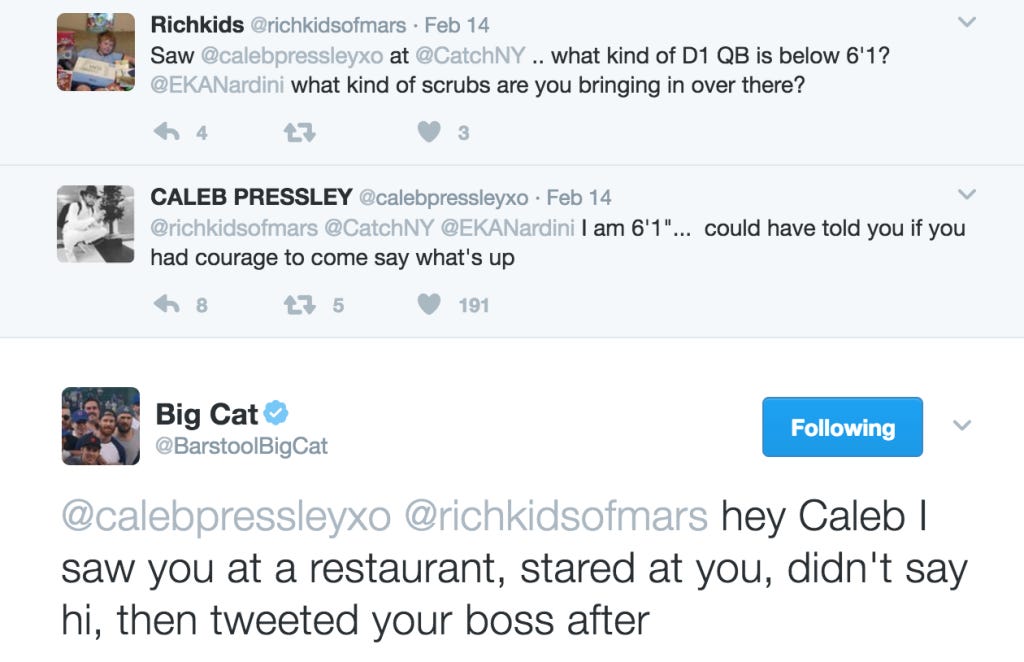 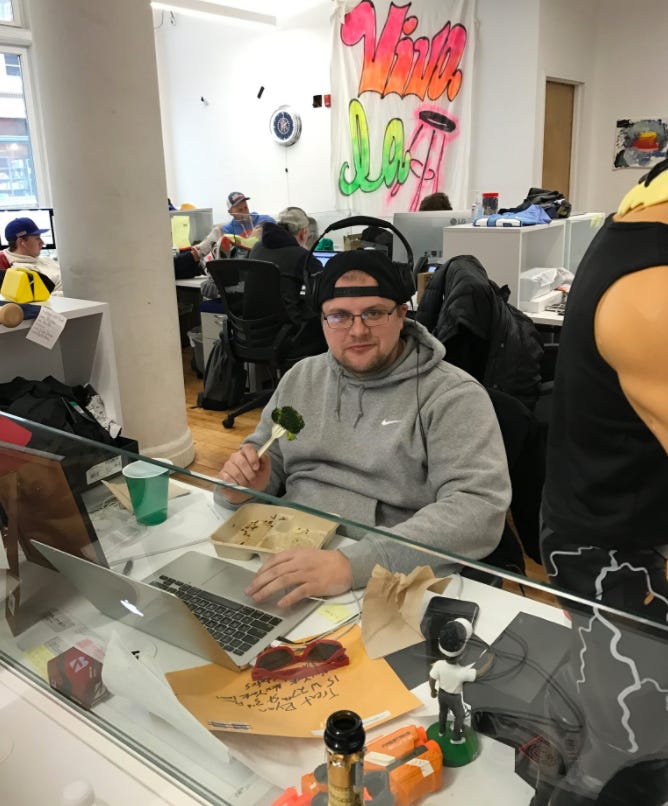 International Correspondent of the Week

Hope everyone’s been keeping up with our boy Donnie out in China. A+ content.

Cholo of the Week 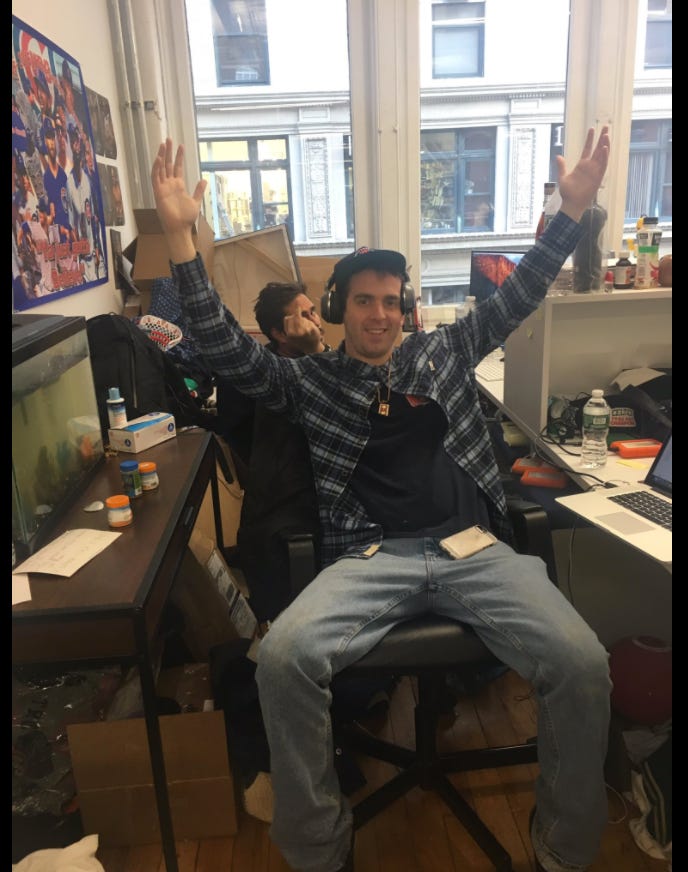 Secret Admirer of the Week 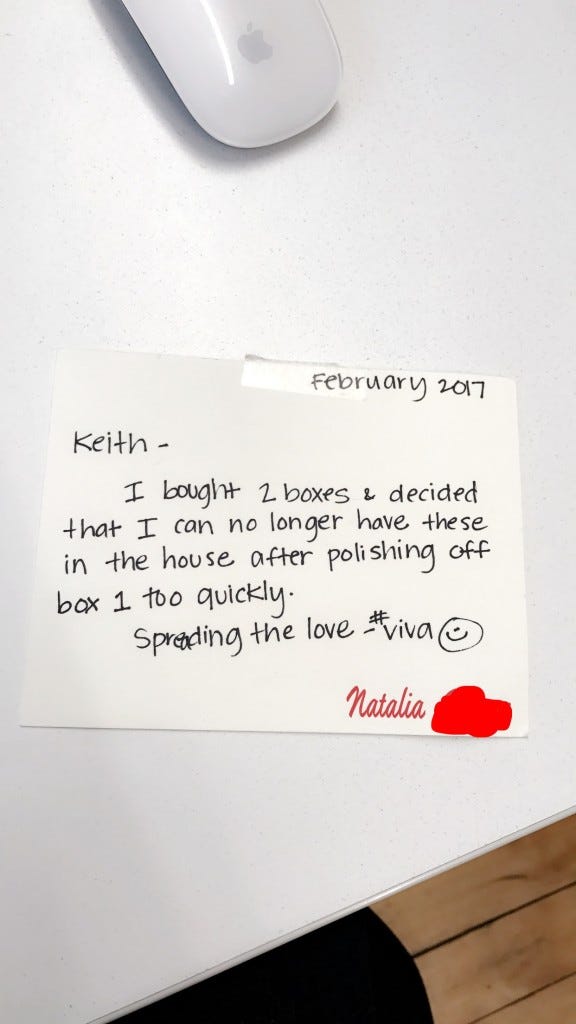 Shout out this girl for the box of Thin Mints.

Big Cat ate 98% of them but I got 2 full ones and they were delicious.

Story of the Week

at the White House

When he didn’t really want meatloaf

So we’re trying to not let people forget that.

That’s it for this week – see everyone next Friday, and in the meantime please sign up for the newsletter and download the app for a chance to win $1 million dollars.