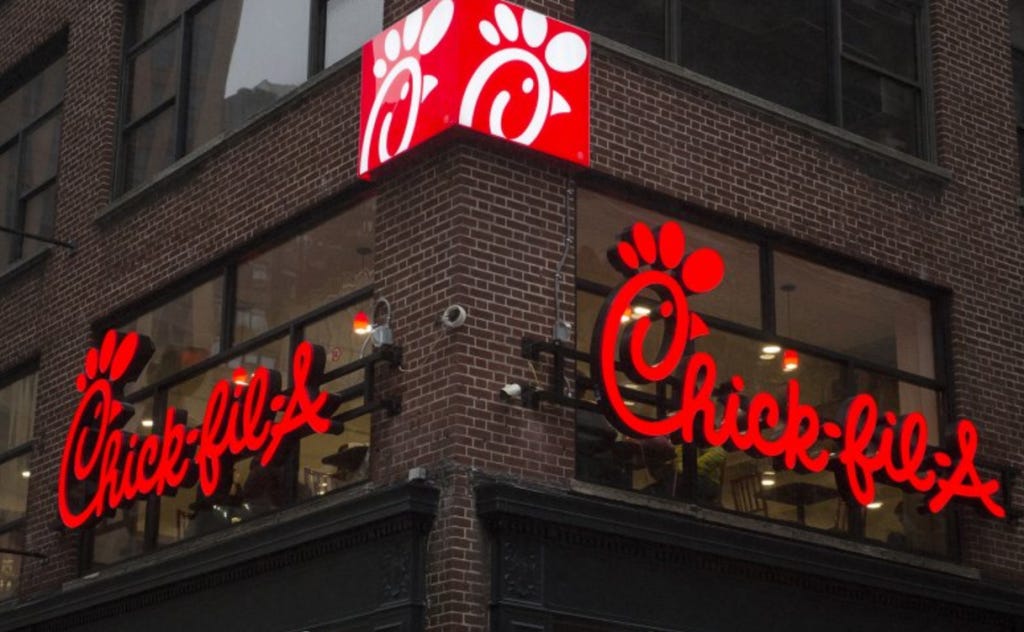 NYC - The Health Department shut down one of the Chick-fil-A’s in Midtown on Wednesday due to a permitting issue — and hungry New Yorkers were devastated.

“What the f–k?!,” fumed a passerby who attempted to enter the location at 46th Street and Sixth Avenue, only to be stopped by a pair of signs saying it was closed.

“Screenshot this s–t,” another said, pointing to the notices.

While it’s unclear exactly when the Chick-fil-A was ordered closed, management said the poultry purveyor would reopen by Thursday.

“Sorry, we are closed due to permitting issues,” they wrote on their notice. “Thank you for understanding.”

I am not exaggerating when I say this- the midtown Chick-Fil-A being shut down is a top 5 worst thing to ever happen to me. I have been planning out my breakfast order since MONDAY. I told myself “Hey Nate, you’re handsome and charming, if you eat a few salads this week, you can have Chick-Fil-A breakfast on Friday.” I have to tell myself that because in my old age if I have a chocolate milk my ass jiggles for a week.

And I mean it when I say this too- Chick-Fil-A breakfast is easily one of my favorite things in the world. I rarely get it though because they don’t have around the clock breakfast like chumps, but that buttery biscuit with the spicy chicken, it’s almost impossible to top.

So as I said, I’ve been thinking about this order since MONDAY. Every day this week I was eating god damn rabbit food around the clock so I could enjoy 1 spicy chicken biscuit, 1 spicy chicken egg and cheese, and and 1 regular chicken biscuit, with hashbrowns and a coffee today…..And then god slapped me in the fucking face with the wrath of 1,000 Dwayne Johnson’s

I texted Loud Sean, my CFA partner in crime, at 8:45 like a giddy school girl, all excited to discuss my order with him, and he hit me with the “ChickFilA is closed” text. It was legit up there with finding out my grandmother died. I sat there in silence. I didn’t know what was up and what was down. My entire week led up to this one moment, this glorious breakfast, and now it can’t even happen. Distraught doesn’t even begin to describe it.

But what can I do? All I can do is pull myself up by my bootstraps, beat on, boats against the current, and walk on over to McDonalds, and get a couple McGriddles, a BEC, and maybe a morning milkshake. Just remember, my pals, it’s always darkest just before the dawn.