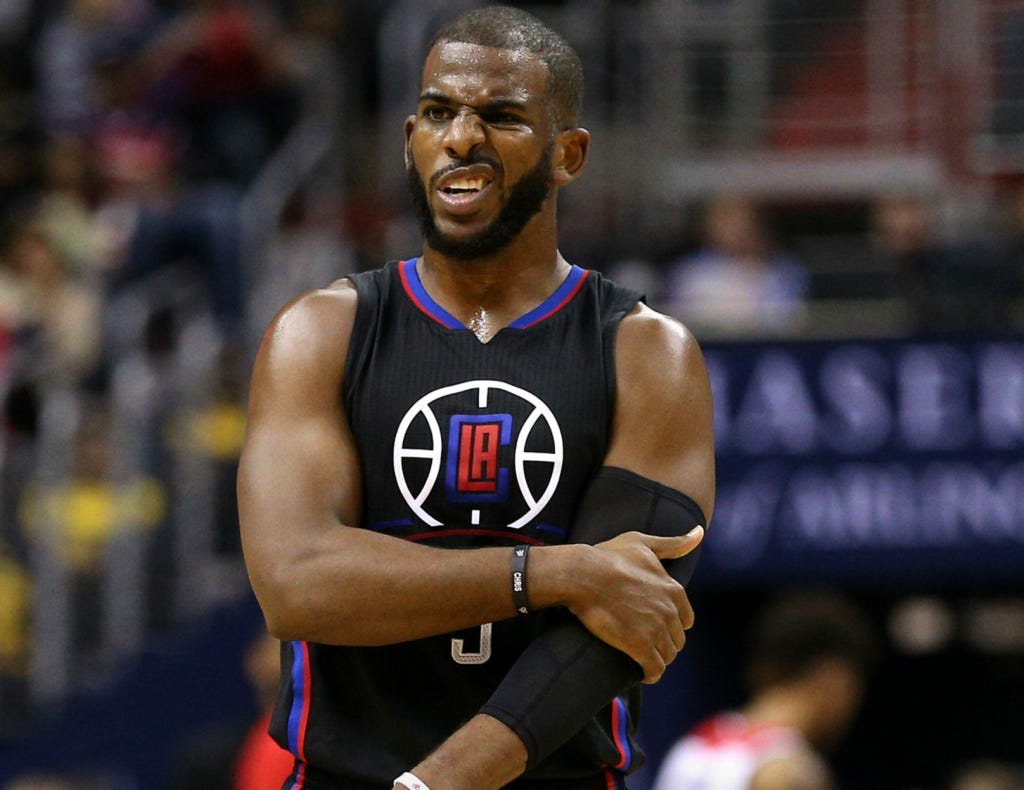 ESPN - AT 7:22 P.M. on Jan. 7, Justin Bieber issued a command to his nearly 90 million Twitter followers, the second-most on the social media platform behind fellow pop music star Katy Perry:

Two minutes later, Bieber, who has more followers than all but 15 countries have people, doubled down: “I got u bro. Best guy right here. Chris Paul. @CP3 #NBAVote.”

Like most of Bieber’s tweets, these two instantly screamed across the web, eventually combining for more than 89,000 retweets and 135,000 favorites.

Paul, who will miss the All-Star Game because of a thumb injury, finished fifth among Western Conference guards, with 735,460 fan votes from Twitter, Facebook, Google, NBA.com and in the NBA App combined. Fans of LeBron James helped him tally an NBA-high 1.89 million votes, but according to Graphika’s Kelly, no one rocked the vote better than Bieber did for Paul.

“Justin Bieber was incredibly effective at getting his followers to vote for Chris Paul; that’s the good news,” Kelly said.

As you can see in Graphika’s map, accounts known to be influenced by Bieber created a lot of votes for Paul. 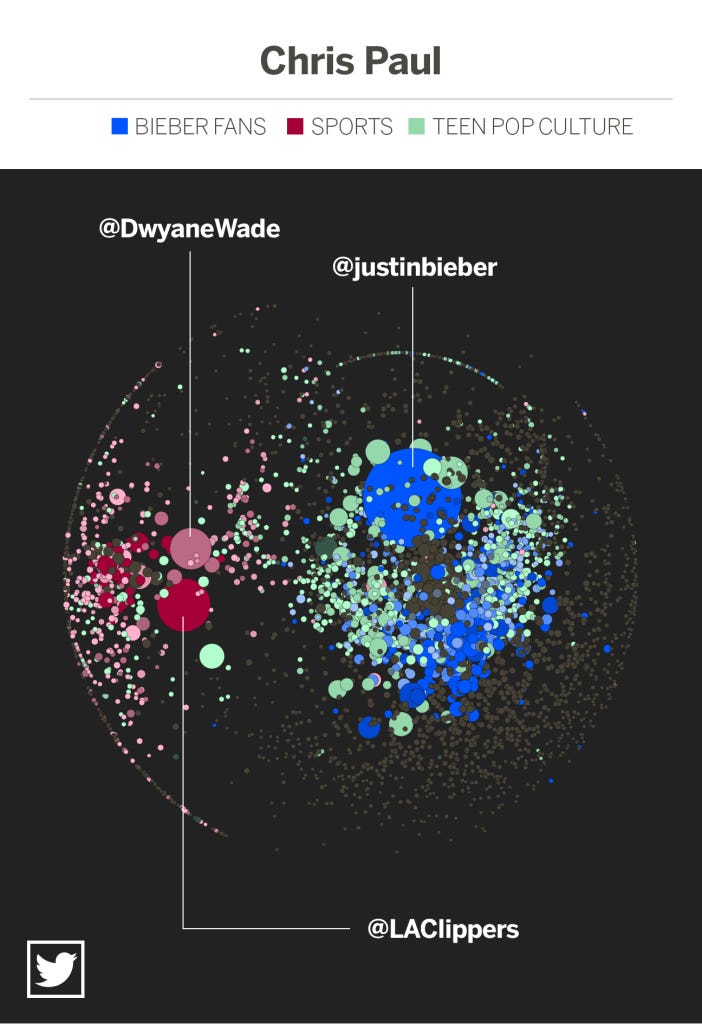 “The bad news for Paul was that most of those followers did it just once, whereas the engaged basketball fans typically voted for their players several times,” Kelly said. “So the true fan vote counts for more in the long run.”

LOL if you think I’m going to say anything negative about this story. It’s Friday man. I’m trying to chillax, eat a fire lunch, do the Power Rankings and dip out of here early for a cold beer or two. Last thing in the world I want is a bunch of angry aggressive tweens blowing up my mentions sending me death threats. You think they’re harmless but that band of little fuckers is scary as hell.

So shout out to the Beliebers for the passion and dedication! CP3 is the best player in the NBA for real!  All Star Game voting needs no fixes or updates whatsoever, nope, not even a little! 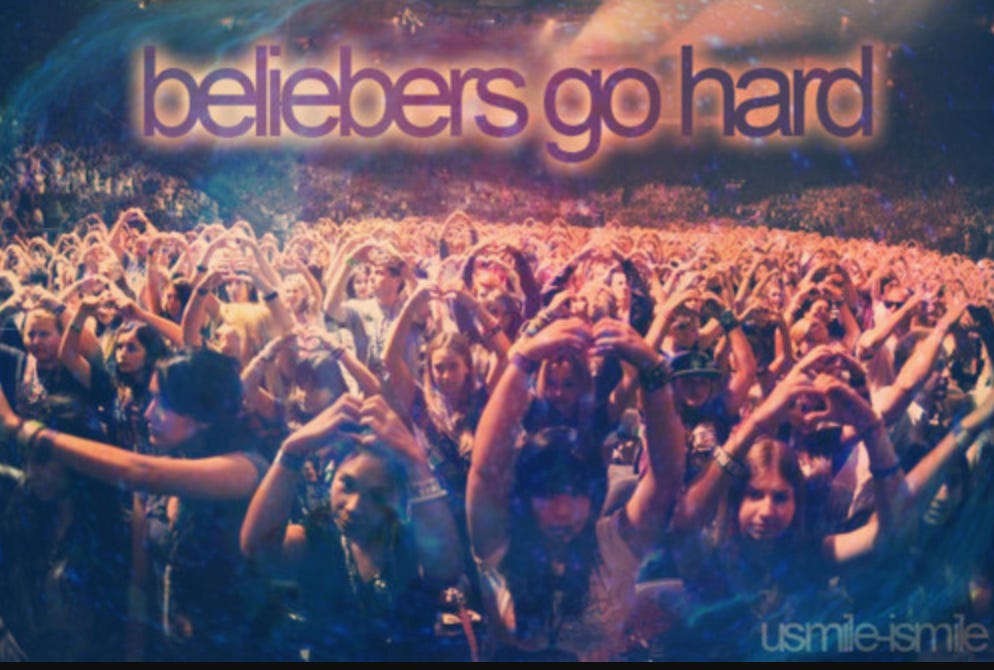 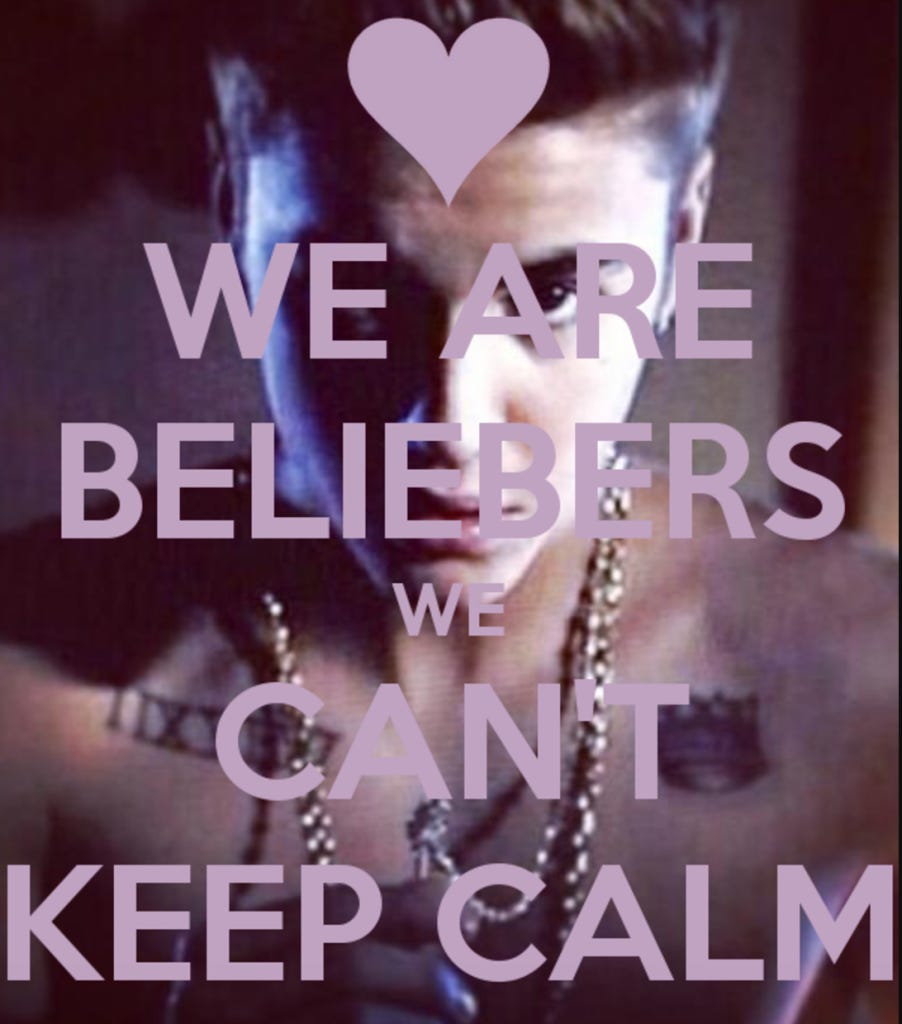