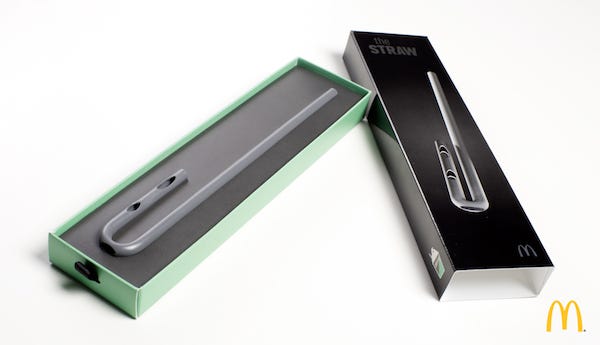 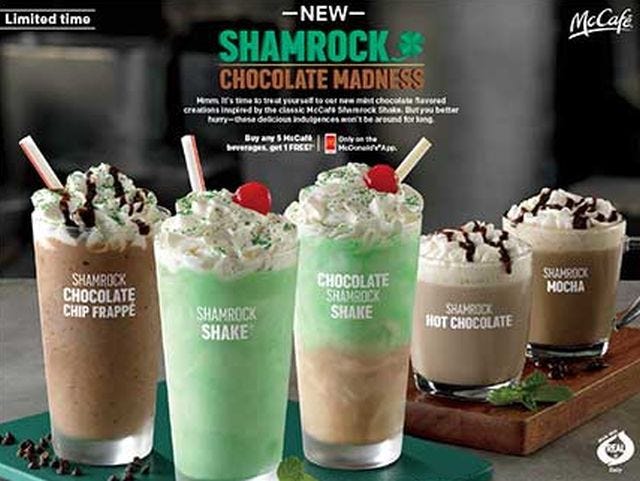 Source- When you take a sip of a Shamrock Shake (or any shake with multiple layers), you can get too much of one flavor per sip. That lack of a perfect flavor-to-flavor ratio can leave you seriously distraught. To put an end to that feeling, McDonald’s has come up with a solution: The STRAW.

McDonald’s says that the shape of the STRAW provides optimal flavor flow dynamics. “From a physics perspective, it’s actually quite difficult to deliver a proportional amount of both chocolate and mint flavors with each sip. But that’s exactly we did,” said Seth Newburg, principle engineer and managing partner at NK Labs in a press release. The fancy AF ~STRAW~ will only be available for a limited time during Shamrock season, and there are only 2,000 of them available. You can get one at select stores with the purchase of a Chocolate Shamrock Shake.

Look at Mickey D’s throwing around a bunch of that money from those billions served and putting it to good use. That’s how you stay atop of the fast food throne. No need to go outside your lane and make shitty chicken pizzas. Don’t reinvent the wheel. Just employ a bunch of nerds and make a better tasting wheel. Does it feel weird to drink something with a straw that was designed by scientists at a place like McDonald’s? Sure. But if I am willing to drink a milkshake that is probably less than 1% actual milk, I think I can get over the straw I am drinking it out of.

Also how random is this list of McDonald’s that is getting the straws?

Wall Street, Atlanta, Dallas, etc. all make sense. So does the lack of L.A. since Mickey D’s probably doesn’t clean up in the land of In-N-Out and healthy eating. But Idaho? Utah? Alafuckingbama? Actually Alabama definitely strikes me as a big McDonald’s hot spot. The home of Wal-Mart and countless trailer parks may even be THE McDonald’s hot spot.