Julian Lane is one of the most infamous Ultimate Fighter cast members of all time for the clip posted above. He’s the absolute epitome of an MMA hardo. He’s got the red mohawk, the shit shaved into the side of his head, the tribal tattoos, the body that looks like he’s allegedly on steroids, and the attitude to go with it. The way TUF works, if you fight outside of the octagon, you get sent home. He was crying and asking his buddy to let him bang (which is hardo speak for fight) because he was being held back while trying to beat the shit out of someone for something miniscule. Which he tried to do all the fucking time. Like, some dude farted and he acted like his family was murdered in cold blood.

Bringing him back is an A+ move by the UFC, because they’re trying to make Cody Garbrandt likable as their new Banatamweight champ. As I’ve mentioned in the past, he’s a big tool, so having the BIGGEST tool the world has ever seen in the TUF house will drag a lot of that attention away. Will it drag the attention away from Garbrandt’s horrible new tattoo? We’ll have to wait and see. 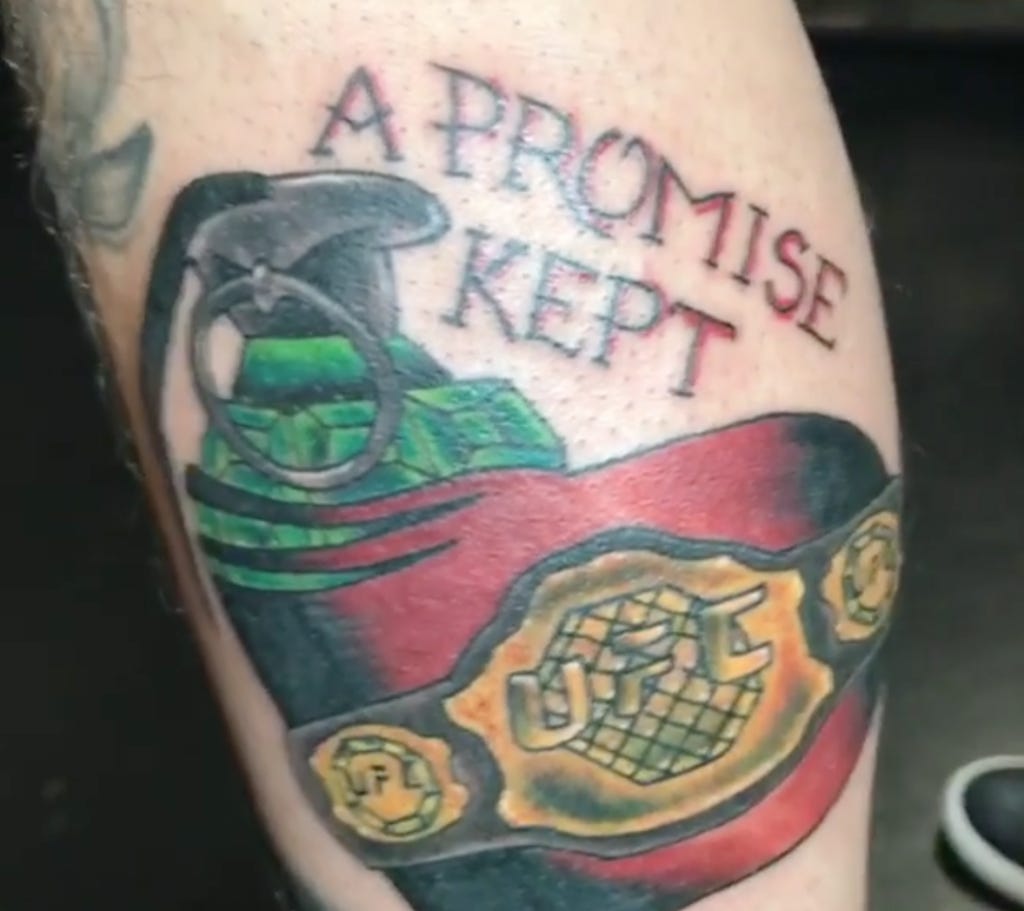