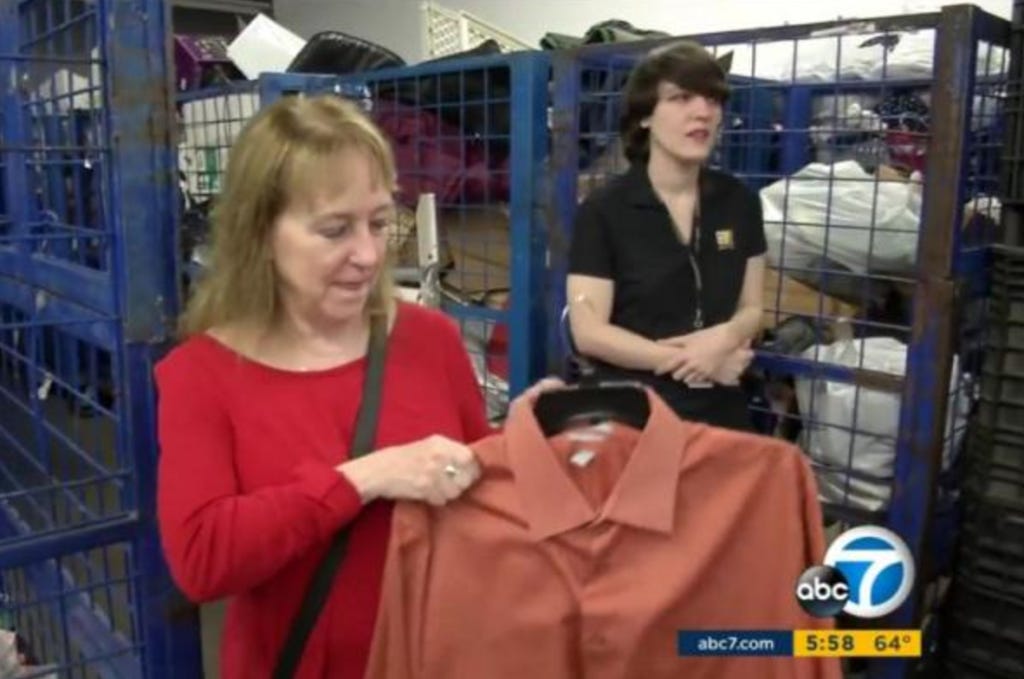 UPI - A California woman who accidentally donated a shirt concealing her husband’s secret stash of $8,000 cash to Goodwill said recovering the money was “a miracle.”

Bob Hoffman, 65, of Placentia, said he had been saving up the money in secret for years to take his wife, Linda, 68, on her dream vacation to Italy.

He said he decided to put the vacation plans on hold recently when a relative fell on hard times and was about to be evicted with their children, so he took the money out of the bank and planned to present it to the relative.

Hoffman discovered he had made a mistake, however, when he discovered the shirt where he had hidden the envelope was missing — donated to Goodwill by Linda. “Bob is an extremely strong human being,” Linda Hoffman said. “I don’t want to hurt his male ego … but he was crying. I haven’t seen him that distraught since his parents died.”

The couple received a call the next morning from Goodwill, where an employee named Caitlin Mulvihill had found the shirt, and the envelope, in a pile of clothes.

It’s almost unreal this story comes up the day after I blogged about wearing an out-of-rotation shirt to work yesterday. One of those shirts that you like enough to keep, but don’t like enough to wear. But when the going gets tough (you are completely out of clean clothes), you have to pull it from the back of the closet and wear it.

And look what happens when you get rid of emergency shirts like that. When your wife thinks she’s doing something nice and gets rid of some old shirts you never wear. You end up losing an envelope with $8,000 in cash. Now, is Bob a complete idiot for having an envelope containing 8 grand in cash just casually in a shirt? Absolutely. There are about….a billion better places for that money. But this is not his fault. He had no intention of getting rid of that shirt. His wife Linda is fully, 100% to blame here.

Because the fact of the matter is, do not touch shirts that are not yours that are hanging in the closet. When Bob is ready to get rid of some clothes, he’ll get rid of some clothes. For every shirt that goes unworn for months/years in a man’s closet, there is a story. A story with more twists and turns, high points and lows, than you could ever imagine. Do I currently have 30 shirts hanging in my closet? Yes. Am I completely out of clean shirts? Also, yes. It’s just the way it works.